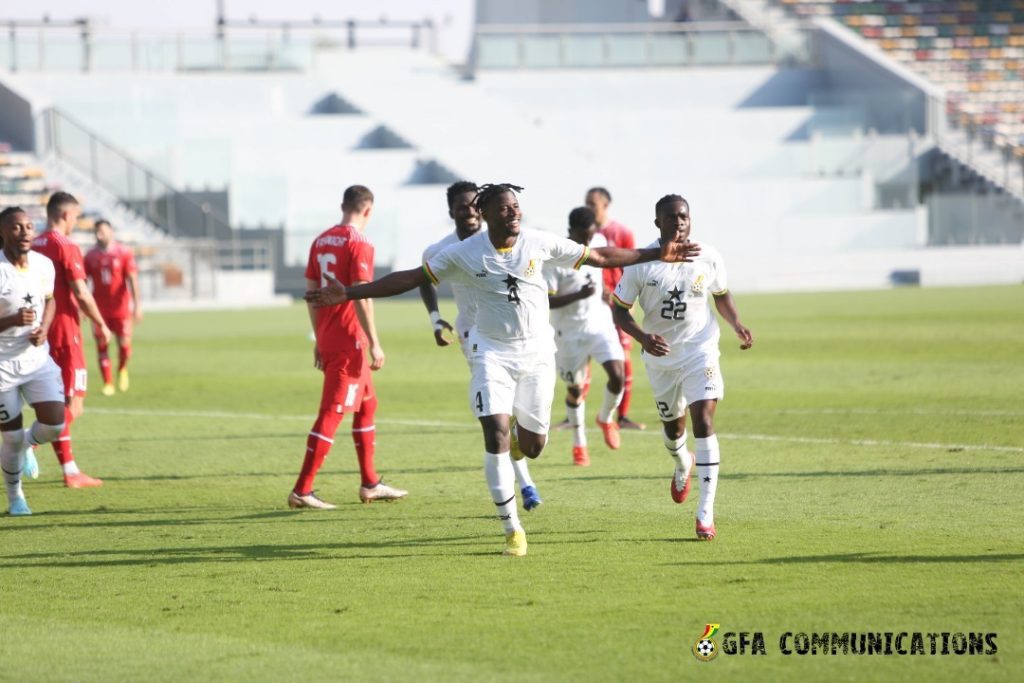 Black Stars earned an impressive 2-0 win over Switzerland in a pre-World Cup friendly on Thursday, thanks to second-half goals from Mohammed Salisu and Antoine Semenyo.

Here is how the players rated:

Lawrence Ati Zigi: The St Gallen goalkeeper was not put to the test as one might expect. Nonetheless, he had an excellent command of his area and is expected to be Ghana’s number one in Qatar. – 6

Mohammed Salisu: The Southampton defender was strong defensively while also being dangerous offensively. Squandered a golden opportunity in the first half but made amends as he opened the scoring for Ghana with a good header. – 8

Baba Rahman: Good game but has to work on his crossing – 6

Tariq Lamptey: He was brave and refused to be bullied on the right side of Ghana’s defence – 7.

Elisha Owusu: An impressive performance on his first start for the Black Stars – 7

Salis Abdul Samed: The Clermont Foot midfielder proved just why he is highly rated and regarded as one of the best players in Ligue 1 – 7

Andre Ayew:  The captain of the team was everywhere, assisting in both defence and attack. Outstanding performance in a game that set a new record, as he becomes Ghana’s most capped player with 110 appearances.

Daniel Afriyie Barnieh: Positive showing from the Hearts of Oak rookie. He didn’t appear to be bothered by the big occasion. – 6

Kamaldeen Sulemana: Made an instant impact when he came off the bench. His daring run into the box led to Semenyo’s goal. – 7

Kamal Sowah: Didn’t see much of the ball when he came on – 5

Daniel-Kofi Kyereh: His corner caused the melee in the Swiss box that Salisu capitalized on and scored, but he was fine. – 6