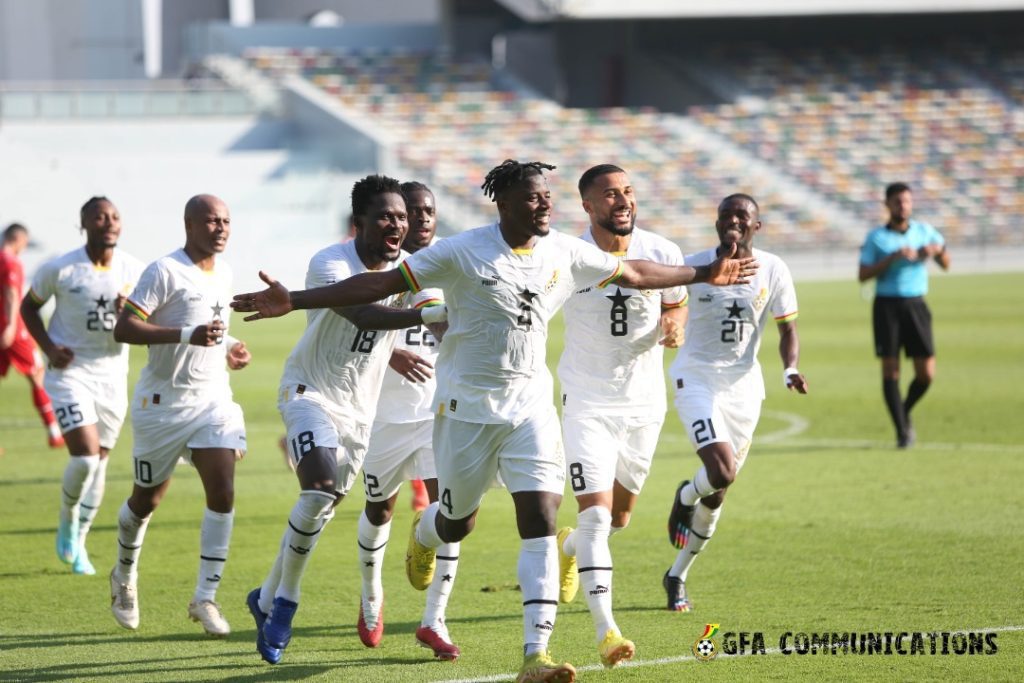 Salisu was tenacious in defence and stepped up to score the opening goal as Ghana defeated Switzerland 2-0 in a pre-World Cup friendly.

The centre-back made himself available for the Black Stars after they had secured World Cup qualification. He had previously declined several invitations, claiming that he was not ready.

Salisu said ahead of Thursday’s game, “I had a feeling that it was the right time now to represent my country. Before, I wasn’t ready. I spoke to the coaches and the FA President and they understood me. I told him when I’m ready I will accept the call-up.”

The 23-year-old made his debut against Brazil and has since started two consecutive games, with Black Stars winning both.

Salisu is fast becoming an important player for the senior national team and is expected to start in Qatar.

Black Stars will start their World Cup campaign against Portugal on November 24 before facing South Korea and Uruguay.