Accra, Ghana//-The Chief Executive Officer of MTN Ghana, Selorm Adadevoh has advised the youth to break away from the limitations they place on themselves to enable them to grow.

Accra, Ghana//-The General Secretary of the opposition Nation Democratic Congress (NDC), Johnson Asiedu Nketia today tackled the Chief Justice of Ghana for deploying judicial tyranny to prevent members of the NDC from express their views on the 2020 Election Petition case. 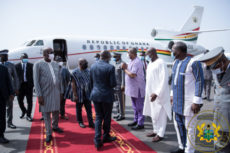 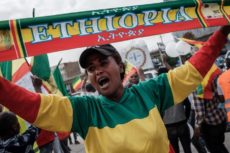 Supporters of Ethiopian Citizens for Social Justice opposition party rally at Maskel Square in Addis Ababa, on June 16, 2021. Photo by Yasuyoshi Chiba/AFP via Getty Images Yohannes Gedamu, Georgia Gwinnett College After two postponements due to the COVID-19 pandemic and later for logistical challenges, millions of Ethiopians go to the polls on Monday. 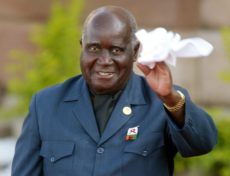 Former Zambian president Kenneth Kaunda at the inauguration of former South African president Thabo Mbeki in 2004. EFE-EPA Gavin Evans, Birkbeck, University of London Kenneth Kaunda, the former president of Zambia, who has died in hospital in the capital, Lusaka, at the age of 97, was the last of the giants of 20th century African […] 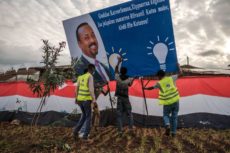 Workers mount a billboard of Ethiopia’s prime minister Abiy Ahmed on the eve of his campaign visit in Jimma. Photo by Eduardo Soteras/AFP via Getty Images Mohammed Girma, University of Roehampton Barely three years ago, little-known Abiy Ahmed burst onto the Ethiopian political scene at the height of another tumultuous period in the country’s history. […]

Dave Harper, Chief Executive Officer of Geodrill, West Africa’s leading drilling company to the mining sector, paid a familiarization visit to the Potter’s Village Orphanage at Dodowa on Tuesday, 8 June 2021, to express the company’s willingness to support the orphanage.

Accra, Ghana//-The Speaker of Parliament, Rt. Hon. Alban S.K. Bagbin has charged Parliamentary Monitoring Organizations (PMOs) in West Africa to amplify their collaboration with the legislatures in their various countries in the sub-region. 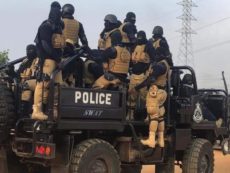 Accra, Ghana//-Suspected armed robbers have shot to death a police officer and an eyewitness during a robbery of a bullion van at Korle-bu in Accra on Monday.

The Auditor-General has directed the former Member of Parliament for Nhyieso in the Ashanti Region, Kennedy Kankam who was a former accountant with the Kumasi Metropolitan Assembly to immediately take steps to recover an amount of GHC500 000 granted as a loan to over 300 people in his constituency.