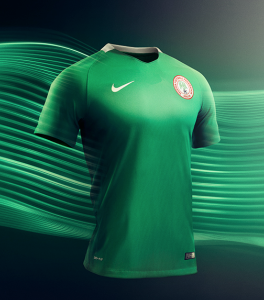 Footballers must make quick decisions, remember and switch strategies, and stay alert during a match. As a result, they can develop mental fatigue – impairing their ability to perform physically at the highest level.

Researchers worked with footballers from a team in the Italian professional league – getting them to perform Brain Endurance Training (BET) – repeated exposure to the acute negative effects of mental fatigue by completing a range of tough mental challenges – after their standard daily physical training sessions.

Evidence that BET improved players’ running and decision-making suggests they experienced less mental fatigue – which could lead to superior physiological, cognitive, and technical performance. BET could also improve footballers’ behaviour on the pitch.

An international research team from the Universities of Birmingham, Kent, Valencia and Southern Denmark published their findings in the International Journal of Sports Physiology and Performance.

Professor Christopher Ring, from the University of Birmingham, said: “We believe that incorporating mental-fatigue inoculation training alongside basic physical training could improve players’ performance and lead to them conceding fewer goals – particularly when competing in a demanding tournament such as the World Cup.

“Our study shows that BET improves endurance performance, and indicates that it also improves players’ in-game performance – reducing the impact of mental fatigue on how they make important decisions that can help win matches.”

Researchers worked with the Italian third division team for a month, as players completed 40 physical training sessions which incorporated various classic cognitive tasks that required response inhibition by the players.

Compared to a control group of players, the players taking part in BET activity showed better stamina when required to run in short bursts. They also had improved psychomotor vigilance – that is fewer fatigue-related drops in alertness.

their performance in more in sprint exercises which required a sudden and decisive change of direction.

Findings suggest that BET improved the ‘thinking’ part of on-pitch multitasking and could be used to improve players’ performance by increasing ‘thinking’ in training without overloading the musculo-skeletal system.

Researchers found that BET elements used in this study were well tolerated by the players and could be adapted to a football squad’s training environment.