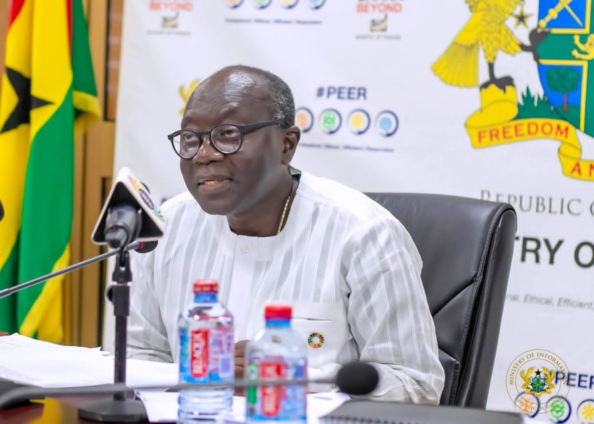 Accra, Ghana//-Stakeholders in Ghana’s agricultural and agribusiness sector are worried that the unnecessary delay in granting tax exemptions on the sector commodities poses serious risk to the sector activities in the country.

According to the concerned stakeholders who are members of CropLife Ghana, Chamber of Agribusiness Ghana, Peasant Farmers Association of Ghana (PFAG), National Seed Trade Association of Ghana (NASTAG) and Ghana Rice Interprofessional Body (GRIB), the delay of Minister of Finance in granting tax exemptions for agricultural commodities as requested by Minister of Food and Agriculture is impacting negatively on their activities.

Addressing journalists in Accra, Anthony S.K. Morrison, CEO of Chamber of Agribusiness Ghana, the apex body of agriculture and agribusiness sector players in Ghana comprising agribusiness companies, national agriculture associations and farmer base organizations, lamented: “This delay has a dire consequence for the sector which is already fragile due to global price increases in agricultural machinery and agro-inputs leading to high cost of production and could further worsen the food security situation in the country going forward”.

It could recall that President of Ghana, Nana Addo Dankwa Akufo-Addo on 12th September 2022 assented to the Tax Exemptions Act 2022, Act 1083 which is meant to regulate the application of tax exemptions and create an exemptions regime for goods imported into the country.

While they lauded the attempts by the government to streamline tax exemptions and rake in more revenues to develop the country, agricultural goods and equipment are not included in the list of items exempted from import duties, he said.

Fortunately, to compensate for the omission, the Act allows the finance minister to grant industry-specific exemptions based on recommendations of a given sector Minister with Cabinet approval”.

Given the critical nature of agricultural and agribusiness activities in the country, on 10th January 2023, the Minister of Food and Agriculture applied for exemptions for agricultural commodities.

“Whiles we still await the decision of the finance Minister and government to grant the request, our clients and service providers have their goods currently locked up at the ports due to exorbitant charges slapped on them by way of import taxes”, Mr Morrison stated.

For instance; he said; “one of our service providers that has livestock vaccines valued at GHS 420,000 in import was asked to pay GHS 330,000 as it no longer attracted exemptions. Due to this, the company immediately halted the shipment and asked for an extension hoping that the Ministry of Finance would have granted the exemptions”.

This development has dire consequences for the sector which is already battling with high input and machinery cost partly attributed to the Russian-Ukraine conflict, high cost of shipment, depreciation of the cedi and high transport cost associated with high fuel prices.

On average, most farmers in 2022 produced at a loss, some had to scale down their production and others sought for alternative businesses due to high cost of production, Mr Morrison, flanked by other key stakeholders, told the journalists.

A situation leading to low food supply, high food prices contributing to record high inflation of over 54% in December 2022. This situation will be compounded if taxes are further imposed on agro-based products, they indicated.

Again, this action defeats government’s own efforts to anchor the country’s developmental agenda on agricultural transformation. The government is investing in input subsidies, extension services; research and market support systems and encouraging the youth and private investors to engage in agriculture.

The current situation will therefore be counterproductive to the government’s own efforts as high costs will scare investors from a sector that is already overburdened with risk and uncertainties.

Furthermore, Mr Morrison and his colleagues said most agro-based industries are shrinking, and others are folding up due to high cost of raw materials; government should rather be interested in policies and actions that reduces cost of doing business in the agricultural value chains rather than counterproductive policies like import duties on agro-products.

They therefore called on the Minister of Finance, as a matter of urgency, to speed up in granting the request by the Minister of Food and Agriculture and grant exemptions to the agricultural commodities as captured in the application letter.

This decision should be taken immediately without any further delay, as international prices of these goods might escalate if we continue to wait, they stressed.

The concerned stakeholders also called the government and Parliament to take a second and swift look at the Exemptions Act and take steps to amend and specifically include agricultural goods and equipment in the list of exemptions.

The decision to have agricultural commodities being considered as general goods and given discretion to a sector minister is a dangerous move which might not augur well for the sector, according to them.