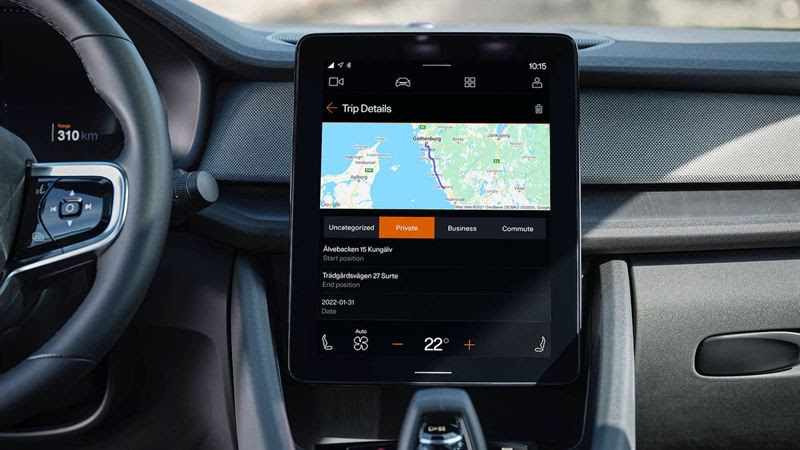 Detroit, Michigan, USA// WirelessCar, a leading connected car services provider, today announced an expansion of applications built on the Android Automotive Operating System (Android Auto OS), paving the way for automakers to develop new, truly digital services for their customers in a fraction of the traditional development time.
WirelessCar is since this spring featuring these new applications globally in cars from Polestar, the Sweden-based premium electric vehicle manufacturer. WirelessCar made the announcement today at AutoTech: Detroit, an influential trade show hosted by Informa and WardsAuto.

Currently, automakers are locked into long development cycles. It can take 12 to 24 months in order to bring hardware, software and new in-vehicle logic to market.

Using WirelessCar’s new Android Auto OS applications, automakers will be able to offer new connected car services with little or no lead time and dramatically reduced expense. It will also be easier to update in-vehicle apps with over-the-air updates.

One of WirelessCar’s new applications, Journey Log, collates and tracks details about each ride taken in a vehicle, securely storing the data in the WirelessCar cloud. This application benefits consumers and businesses who need to track mileage and energy consumption and allows for the categorization of trips. The service can also be extended for Usage Based Insurance (UBI) applications.

Another new WirelessCar Android Auto OS application for larger businesses gathers this same kind of trip information for fleets, such as rental car companies. Fleet owners will be able to monitor the usage and availability of fleet vehicles in real time and on a system level. For example, they’ll be able to get alerts based on the number of hours each vehicle is used or when it goes out of specified geographical boundaries.

“Automakers will be one of the big winners with WirelessCar’s next-generation technology,” said Niklas Florén, CEO of WirelessCar. “Car companies using WirelessCar’s applications will be able to analyze real-world vehicle data that will drive better decisions about features and engineering.”

Another advantage for automakers will be smoother integration of new apps and services, including third-party apps. Any data collected in the WirelessCar cloud can be anonymized, removing any personally identifiable information that would compromise consumer privacy. Instead of merely maintaining their existing systems with a digital veneer, automakers will be able to offer truly digital services.

WirelessCar forecasts that 70 percent of automakers will introduce Android Auto OS on new models by 2025. WirelessCar is already working extensively on Android Auto OS, developing new in-vehicle applications to connect the latest vehicles with WirelessCar’s products and services, which it has designed, evolved, and operated for numerous global car brands over the past 20 years.

By leveraging Android Auto OS, WirelessCar will bring automakers new ways to interact with both their B2C and B2B customers; seamless, real-time access to vehicle data; and built-in privacy settings. WirelessCar’s solutions allow auto companies to maintain full control and ownership of the information generated by their vehicles.