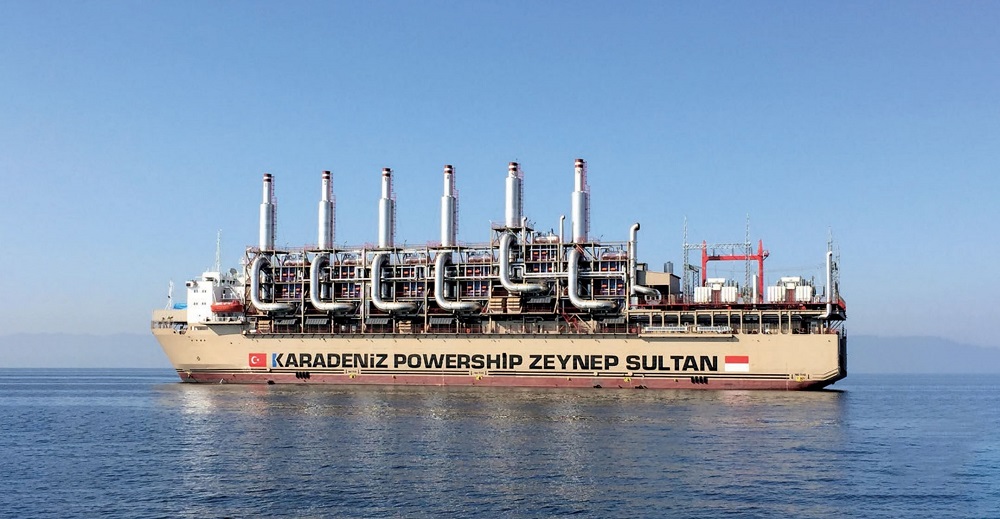 Johannesburg, South Africa/ — Energy poverty represents one of the most critical challenges for development in Africa.

According to the International Energy Agency, in 2019, the continent had more than 580 million people without electricity access, with that number expected to grow to 660 million people by 2030.

Energy poverty is catastrophic not only on a macroeconomic level, but it also profoundly impacts people’s daily lives, as without energy, infrastructure, schools, hospitals, and other essential services cannot be developed.

Imagine a hospital losing power in the middle of a pandemic? It could cost lives. However, the South African government is currently implementing an excellent short-term option in a solid attempt to address this problem.

It is not new that Eskom faces difficulties providing adequate services, as load shedding on its network has become a regular occurrence. A report issued by the Council for Scientific and Industrial Research (CSIR) stated that South Africa had 859 hours of load shedding in 2020, representing roughly 10% of the year spent without electricity.

Even though load shedding stops country-wide blackouts, it still comes with a hefty cost, as estimations indicate that load shedding had an impact on South Africa’s economy of between R60 billion and R120 billion in 2019, with an estimated total impact as high as R338 billion since 2007 [1].

Unfortunately, load shedding will continue to be a common occurrence in the near future as power generation in South Africa is not expected to meet demand. According to the Department of Mineral Resources and Energy (“DMRE”), South Africa’s total domestic electricity generation capacity is 58,095 MW from all sources, produced chiefly by state-owned power company Eskom and primarily generated from coal.

However, according to Eskom’s CEO, André de Ruyter, there is still an estimated 4,000MW shortfall in the amount the power utility will supply in the next half-decade [2].

However, the country has been making efforts to reach demand and address energy transition. The South African government approved the Integrated Resource Plan 2019 (IRP) outlining the energy mix for the next decade in an attempt to add more energy sources to the mix and the decommissioning of some of Eskom’s coal-fired power plants.

Also, to increase renewable capacity, the government has been allowing private companies to develop capacity under the Renewable Energy Independent Power Producer Procurement Programme (REIPPP), which, despite some setbacks and a long awaited fifth bid, has been a good program.

These capacity-building efforts have not reached the required demand, and load shedding keeps happening to this date. However, to immediately meet the supply gap and avoid load shedding, in 2020, the South African government launched the Risk Mitigation Independent Power Producer Procurement Programme (RMIPPPP), aiming to procure 2000MW by Q3 2022, with preferred bidders required to reach financial close by the end of July 2021.

The RMIPPPP attracted much interest from independent power producers, as the DMRE received 28 offers with a potential contracted capacity of approximately 5,117MW.

The DMRE selected eight preferred bidders for a total amount of 1,845 MW. While not being addressed in such a manner, the RMIPPPP is an “emergency” program to access electricity in the short term. It should be beneficial to South Africa and its people.

Of the offers received under the RMIPPPP, more than half (1,220MW) of the capacity from the preferred bidders will be generated by three power ships that will be supplied by Karpowership, a subsidiary of Turkey’s Karadeniz Energy Group, in the ports of Coega (450MW), Richards Bay (450MW) and Saldanha (320MW), under 20-year PPAs.

These power ships will produce energy from liquified natural gas (“LNG”). According to Business Insider South Africa, they will feed energy back into the grid at a cheaper cost than Eskom’s current diesel-burn rate.

These power ships have the advantage of providing almost immediate electricity, so they are an excellent option to meet the supply gap in the short term compared to the years it takes to design, award, and commission other types of power generation projects.

Also, as the power ships generate energy from LNG, they are a viable option for most coastal countries, especially countries with access to such resource.

Finally, power ships do not require any land or significant development. A connection to the LNG, either from a ship or onshore, is sufficient to get the power ships running.

Some West African countries as Ghana and Senegal, are currently analyzing this option. It should not stop there, as this could be a short-term solution to meet most coastal African countries’ energy supply, especially to gas producing countries as Nigeria, Mozambique, and Equatorial Guinea.

While doing so, governments should not lose sight that this is only a short-term solution and should carefully plan for the projects’ economics and their power capacity building plans.

Also, these countries should not forget other crucial matters as local content, black ownership (in the case of South Africa), and guarantees from the generators to mitigate any event in the duration of these type of projects.

This is not a proposal for African countries to stop developing long-term energy projects or abandon their goals of reducing greenhouse emissions by developing large-scale renewable energy projects. On the contrary, power ships should be considered a viable solution to address energy insecurity issues in the continent in the following years.

Africa and its people cannot wait for governments and companies to agree on the design, pricing, and financing of energy projects with a long development time. African countries need energy now.

To grow their economies. To power their industries. And to achieve the most precise and laudable goal of every government: provide for their people.

Andres Vega is an International Associate at Centurion Law Group and has extensive experience in the implementation, development and financing of oil and gas and energy projects in some of the most important energy markets in the world.