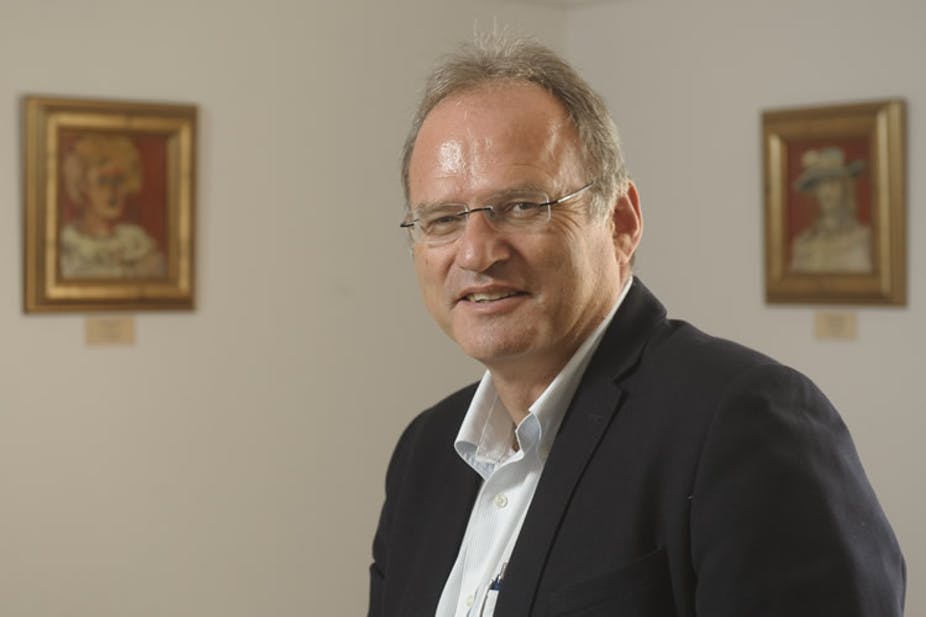 The South African academic Professor Christof Heyns, who has died at the age of 62, was a world-renowned human rights advocate and academic. He was a thoughtful scholar of both the African and UN human rights systems, and an incredibly popular teacher and activist.

He leaves behind a remarkable legacy among generations of students across the continent and around the world.

But in addition to his shaping of the University of Pretoria’s contribution to human rights issues across the continent, Heyns also achieved a global impact by serving over the past decade in two high-profile United Nations positions. He was Special Rapporteur on extrajudicial, summary or arbitrary executions (2010-2016); and a member of the UN Human Rights Committee (2017-2020).

From those positions he made an extensive impact on the global human rights landscape. He made important visits to a range of countries, including The Gambia, Turkey, Mexico, Honduras and Papua New Guinea, casting new light on their protection of the right to life. And he sent numerous urgent appeals to states around the world, including, for example, on many cases involving the death penalty.

Heyns was also a passionate advocate of the potential role for regional mechanisms as part of an international system for the protection of human rights. Both as a special rapporteur and later as a member of a treaty body he sought to involve and consult regional experts.

He was particularly eager to enhance the collaboration between the UN and the African Union’s African Commission on Human and Peoples’ Rights, working with them closely in 2015 as they developed their General Comment on the right to life.

He took over the mandate on summary executions at a propitious moment. Protests were beginning to sweep across the Arab world and oppressive reactions to peaceful assemblies around the world were at centre stage.

Having written his doctorate on civil disobedience, Heyns was immediately ready to make a contribution. His focus would be on the cases where the use of force – or other mismanagement of assemblies – led to arbitrary loss of life. But his work would also have significant implications for the broader rights linked to peaceful protests.

This remained a recurring theme of the decade, both in terms of the global events he was called to respond to, and in terms of his clarification of the applicable human rights norms. For example, he worked with fellow special rapporteur Maina Kiai from 2014 to 2016 to write an influential joint report providing practical recommendations for the management of peaceful protests.

Four years later, he would drive forward the Human Rights Committee’s process of developing a definitive guide to the state’s obligations to respect and facilitate the right of peaceful assembly, in its General Comment No.37, published in 2020.

Use of force in law enforcement and armed conflict

Heyns also focused on broader questions of the use of force by the police. In addition to addressing specific events, he used his thematic reports to the UN Human Rights Council and General Assembly to draw particular attention to more persistent and structural factors.

These included the domestic legal framework within which police operated, their training and equipment, and the accountability mechanisms available to review their conduct.

A long-term result of this focus was the development of the UN Human Rights Guidance on Less-Lethal Weapons in Law Enforcement. It was published last year.

His predecessor as special rapporteur had already responded to the increasing use of armed drones for targeted killing during the early 2000s. Heyns continued this work. He set out in a very clear report for the General Assembly that, while not inherently unlawful, it was vital that the use of drones followed the established laws of war.

But his real influence with respect to the impact of new technologies on the battlefield was in a seminal 2013 report on the risks posed by autonomous weapons systems (“killer robots”).

The debates about these weapons will likely continue for years, but Heyns’ report is at least partly responsible for ensuring that, moving forward, a human rights perspective will be central to shaping an international response.

Though he contributed a great deal to the clarification of the norms around many of the themes of his mandate, he was firmly convinced that the challenge was often not a disagreement about the norms but rather a lack of clarity about the facts on the ground.

With this in mind, one of his long-term projects was updating the Minnesota Protocol on the Investigation of Potentially Unlawful Death. This UN document lays out the necessary standards for an effective forensic investigation of death, and details the range of circumstances in which such investigations must take place.

The failure to conduct such an investigation, to pursue accountability for potentially unlawful killings, amounts in itself to a violation of the right to life. Heyns would ensure this fundamental tenet of his work was reflected in the Human Rights Committee’s General Comment on the right to life when it was adopted shortly after he joined the Committee in 2017.

But they only make up part of his impact on the international human rights community.

He will be remembered as much for the manner in which he undertook his work – collegial and consultative, with a vision for the widest arc of the work as well as an attention to the granular detail of processes and people who make them work.

He shared his vision generously, constantly seeking new projects, partnerships and collaborations. His memory will inspire all of us fortunate enough to have worked with him. His legacy will be an agenda.