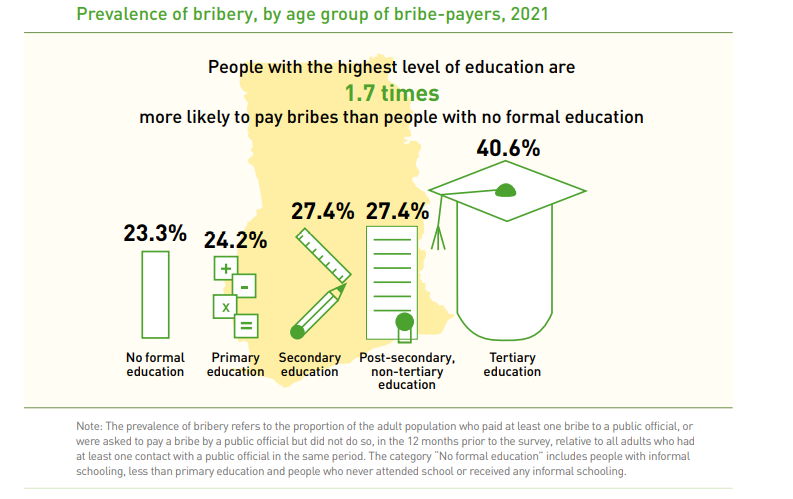 Accra, Ghana//-Media organisations Ghana have been urged to collaborate to undertake investigative reporting to enable them fight against the rampant corruption in the West African country.

This call was made at a reporter’s workshop on the promotion of good governance and fight against corruption held in Accra.

Leading a panel discussion on how the media can contribute to deepen the corruption fight, a multi-award investigative journalist, Raymond Archer, maintained that media collaboration is key in fighting the canker which has claimed billions of Ghanaian cedis.

He told the journalists how his collaboration with the then Joy FM’s Super Morning Host, the late Komla Dumor had amplified some of his investigative stories published in the Chronicle newspaper.

Mr Archer who is now the Chief Executive Officer of D-Fence Security Systems, therefore appealed to the current crop of journalists, especially investigative journalists to collaborate by pooling their resources together to embark on key investigative stories which can save the country billions of cedis.

He used the occasion to advise investigative journalists in the country to master their strategic environment where everything plays out.

“So, as investigative journalists you must understand how these environments work and build networks within them”, Mr Archer said.

This they explained is the fact that investigative journalists normally come out with their investigations but the legal and those who have the power to prosecute do little to punish the corrupt people.

Samuel Eshun, another broadcast journalist at Happy FM, urged his fellow journalists to do more to help fight rising corruption in the country.

The Executive Director of Africa Center for International Law and Accountability (ACILA), and Technical Advisor of Corruption Watch, William Nyarko who was impressed about the attendance and participation, observed that the country’s Right To Information (RTI) Law is deficient.

According to him, it is improper to ask a media practitioner or a media house who applies for information for the sake of his or her audiences, viewers, or readers to pay for such information.

He therefore advised the media organisations and media practitioners to stop paying for such information.

The Legal Advisor of Corruption Watch and Senior Lecturer at the Ghana Institution of Journalism (GIJ), Dr Zakaria Tanko advised the investigative journalists to be abreast with the various in their areas of investigation to enable them to avoid legal suits or legal actions.

The workshop was organised by Corruption Watch, a CSO-Media initiative by the Ghana Center for Democratic Development (CDD-Ghana) in collaboration with the Ghana Integrity Initiative (GII), Ghana Anti-Corruption Coalition (GACC), Africa Center for International Law and Accountability (ACILA), Joy FM and Adom FM, and the Media for Public Integrity, a Group instituted by Corruption Watch in 2020 to mobilise and train media practitioners to join the fight against corruption.

The main objective of the workshop was to create a platform to advance the anti-corruption agenda by raising awareness and stimulating debate.

It also fostered networking and the exchange of experience that are indispensable for effective advocacy and action on a national level.

The workshop further promoted cooperation among the media and civil society by providing the opportunity for face-to-face dialogue and direct liaison between representatives from the media and CSOs.