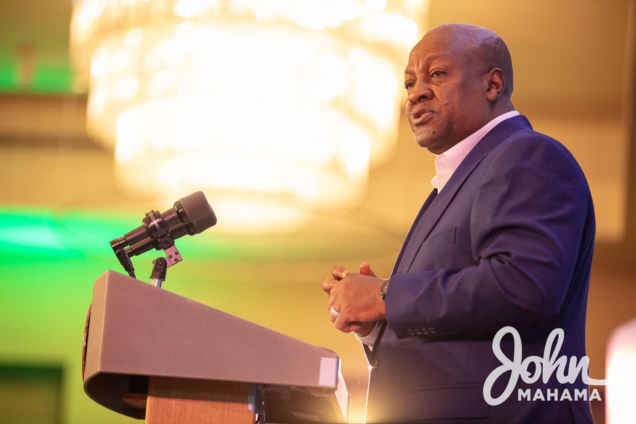 Addis Ababa, Ethiopia//-Former President John Mahama has revealed that 86 per cent of Ghana’s population had access to electricity under his reign.

This, according to him, placed Ghana among the top five countries in Africa to have a larger proportion of the population connected to the national grid.

On Wednesday, the former President touted his infrastructure achievements when he delivered the keynote speech at the Nasarawa Investment Summit in Nigeria.

His address focused on building for the African continent, drawing lessons from the Ghanaian economy.

Mr Mahama indicated that reliable and sustainable electricity is critical in developing a country as it has wide-ranging impacts across many development indicators.

“In my experience, one vital element without which any economy is most affected is reliable and sustainable power. This is why Ghana suffered a protracted power crisis whose immediate cause was insufficient generating capacity.

“In spite of a varied investment we had made in different sectors of the economy, businesses were severely affected, and growth slowed down,” Mahama said.

He added that Ghana’s protracted power challenges between 2012 and 2016 severely impacted businesses and retard economic growth.

The former President blamed the energy challenge experienced at the time for insufficient generating capacity.

Historically, the dominant hydropower fell to just 37% of the total share, with nearly all of the rest met by thermal and gas sources.

“I’m happy that in two and half years, we were able not only to double the existing power capacity available, but we were also able to ensure that we provided excess capacity through a mix of hydro, thermal and gas sources.

“By 2016, the sum of our efforts in terms of electricity access across the country raise the percentage of our people connected to the national power grid to 86 per cent, which is among the top 5 in Africa,” he added.

According to Mr Mahama, the resolution of Ghana’s energy challenges and the operationalisation of two new oil wells placed the country on the growth path, posting an impressive eight per cent GDP growth by 2017.