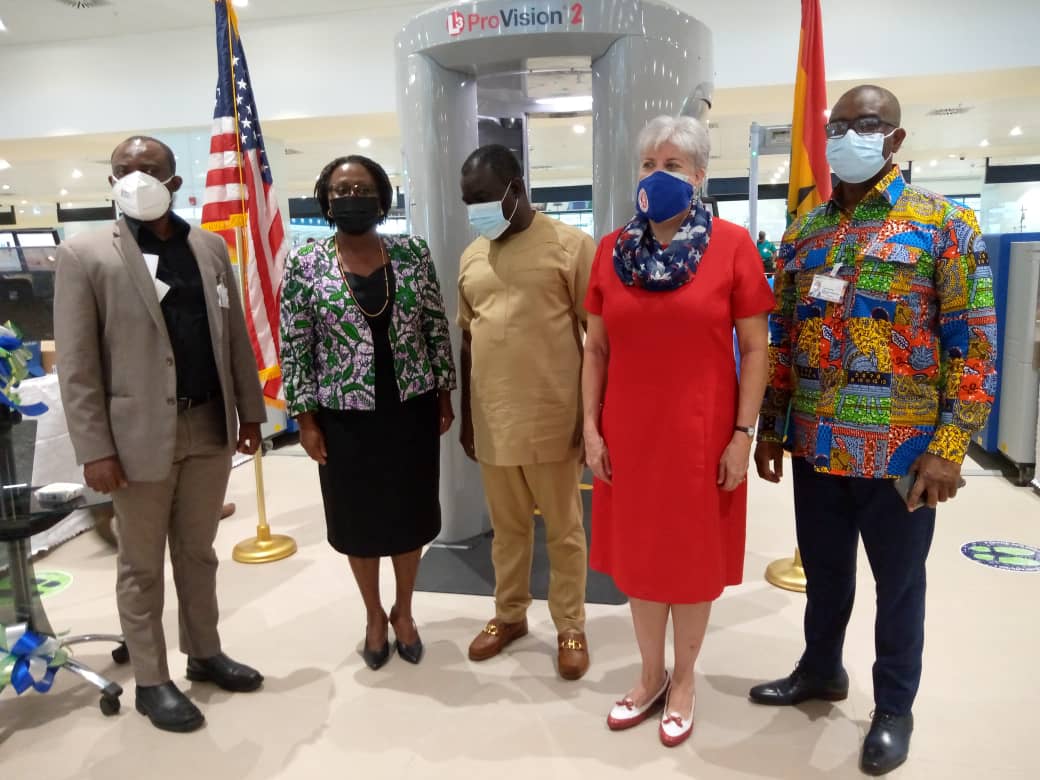 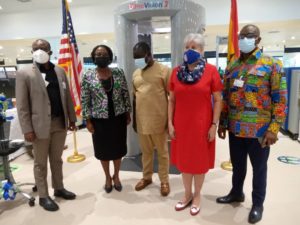 Accra, Ghana’s Minister for Transport and Aviation,  Kwaku Ofori Asiamah, has tasked players in the aviation industry to work hard to sustain the gains made in the industry over the years.

According to the Minister, the successes chalked so far which include the expansion of the Kotoka International Airport (KIA), has culminated in the airport being adjudged best international airport 2019 and 2020 in Africa.

Further to that, the deployment of over $7million to install three new navigational equipment at KIA to boost the safety and security of aircraft is worth commending.

However, he stressed that they risk being under threat if players in the industry do not collaborate effectively to sustain and build upon it.

According to the Minister, aviation remains a symbolic target for terrorists who seek to attack aircraft, airport and aviation facilities to inflict mass casualties to cause economic destruction and public fear, stressing that it is only through effective collaboration by players in the aviation industry that these threats could be curtailed.

“Safety and security are a priority of the aviation sector. Sustaining the industry requires not only safety regulatory measures but also robust security systems both on the ground and in the air. Our progress in the aviation industry will never be sustained if we do not work together with neighboring countries and other players in the industry.

There is the need for us to combat emerging security threat in the sub-region. Our safety and security can be guaranteed through information sharing and adhering to regulatory standards in the industry”, he noted.

To this end, he has appealed to the Transport Security Administration of the United States Department of Homeland Security to further engage the government of Ghana in the spirit of international cooperation and information sharing to discuss aviation issues and other new emerging threats in the aviation industry through workshops, seminars and exchange programs.

“Let us all join hands and make aviation a mutual benefit”, he added.

Mr Ofori Asiamah made this observation on Monday, March 23, 2021, when he joined Ambassador Martha Pobe and the US Ambassador to Ghana, Stephanie S. Sullivan, to commission an L3 ProVision 2 body scanner and nine explosives and narcotics trace detectors donated by the US Government to the Ghana Airports Company to beef up security activities at the passenger checkpoint for outbound flights inside Kotoka International Airport Terminal 3.

The L3 ProVision 2 is an advanced personnel-screening solution which quickly screen subjects using safe, active millimeter wave radio frequency technology to reveal concealed objects made of a broad range of materials – both metallic and non-metallic. It has an advanced, state-of-the art software that processes digital scans data and determines if the individual can be cleared through the checkpoint.

Based on the 1.5-second scan, the system detects both low and high density materials, including explosive sheets, powders, sheet and bulk explosives, liquids, gels, ceramics and other solids, in accordance with TSA and/or EU ECAC specifications. The ProVision 2 can support processing 200-300 people per hour, depending on the application and supporting security protocols.

Commenting on the body scanner, Mr Asiamah said the ever changing dynamics within the aviation industry as evidence in the economic figures and data places a huge responsibility on government to develop appropriate policies to drive the sector.

“It is significant to note that while the world’s aviation is growing at 5% and Africa is growing at 6%, Ghana is growing at the average rate of 7.9% per annum. This calls for a rapid development of our aviation infrastructure together with the integration other modes of transport such as rail and road transport as well as urban planning initiatives”, he noted.

The donation by the US Government, he added, was therefore timely, noting that “this is a kind gesture and indeed, a demonstration of the cordial relationship between our two countries and as partners in fighting the terrorism menace together”.

Touching on the proposed national airline for Ghana, the Transport and Aviation Minister said plans are far advanced for Air Ghana to be launched.

“Engagement with strategic partners are at advance stage to pave the way for its launch. This is to ensure that Ghana’s aviation industry grows to become the pivot of regional and continental flight within the West African sub-region”, he noted.

Ambassador Sullivan in her remarks highlighted that the growth of the aviation sector in Ghana has increased the importance of aviation security, screening, and information sharing noting, “The airport security training and equipment program underscores the robust security cooperation between the United States and Ghana”.

Ambassador Martha Pobe, who represented the Minister of Foreign Affairs and Regional Integration, Ms Shirley Ayorkor Botchway, on her part, welcomed the body scanner and explosive detectors which were provided by the Anti-Terrorism Assistance Aviation Security Enhancement Program of the United States of America.

She said the shared priority of ensuring the safety of air travel is important to the government of Ghana and urged that the country explores all avenues to deepen the cooperation and partnership with the government of the United States of America.

“With is equipment, the airport authorities will be able to nib in the bud, activities of drug and arms smuggling syndicates.

The installation and operation of the equipment also sends a clear message that Ghana will continue to cooperate with its partners and will not relent on its efforts in the fight against transnational organized crime”, she stressed.

The Managing Director of the Ghana Airports Company Limited, Yaw Kwakwa, on his part, said events of September 11, 2001, in the United States of America, is a clear indication that aviation related terrorist attacks are not ending anytime soon.

Terrorists and their agents, he noted, are becoming more sophisticated to deploy mind boggling equipment to pursue their agenda. Therefore, the donation of the body scanner was timely; assuring that it will be put to good use in order to “provide enhanced safety and security for US bound passengers as well as other passengers travelling through the Kotoka International Airport”.