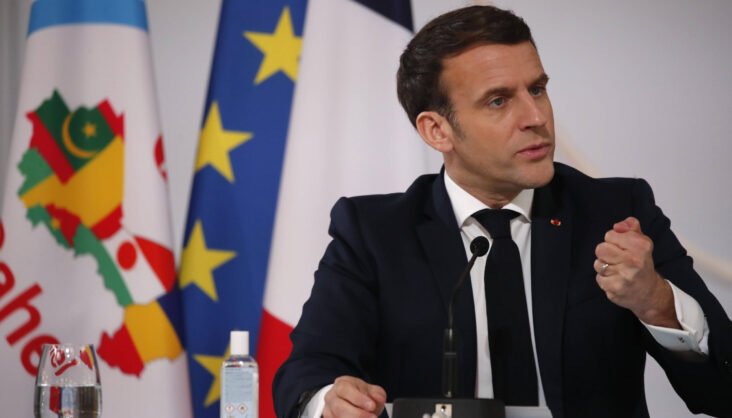 The idea of engaging in dialogue with certain jihadist groups was high on the minds of the Group of Five Sahel countries (G5 Sahel) during the N’Djamena summit in Chad on 15 and 16 February.

Initiating negotiations with certain jihadist groups is increasingly being touted as a possible route towards finding a political resolution to the Sahel crisis.

Back in 2017, Mali’s Conference of National Understanding (Conférence d’entente nationale) outlined key recommendations concerning shared commitments to achieve harmonious coexistence, lasting peace and national reconciliation throughout Mali by engaging in talks with all parties to the conflict.

In 2019, the country’s “inclusive national dialogue”, which brought together major domestic actors, also made a case for engaging in discussions with all Malians, including militant leaders Iyad ag Ghaly and Hamadoun Koufa.

READ MORE Mahmoud Dicko: “The dialogue with the jihadists must hold”

The fifth pillar of the country’s “transition roadmap”, adopted in September 2020, echoes these recommendations in proposing the initiation of dialogue with radical armed groups, while Mali’s authorities, and more specifically the prime minister of the transition, Moctar Ouane, have made it clear that they intend to go forward with the discussions begun by former president Ibrahim Boubacar Keïta’s government prior to his ouster.

Based on the content of a political address given by the prime minister of Burkina Faso, the country’s authorities seem to have shifted their position on talks. Up until recently, the government had been very adamant in its refusal to enter into dialogue of any kind.

It is also worth mentioning that significant mediation efforts have previously been carried out at the local level by traditional, customary and religious actors, who sometimes participate in talks facilitated by international partners.

This approach has resulted in forging local agreements. In July 2020 in the region of Mopti, representatives of local seats of power in several communes in Koro (Dioungani, Diankabou, Madou, Bamba, Yorou and Barapereli) and Bandiagara (Sangha) directly negotiated a communal peace and reconciliation agreement with jihadist militants from the Macina Liberation Front (affiliated with the Group for the Support of Islam and Muslims, or JNIM, which has pledged allegiance to Al Qaeda) and the Islamic State (affiliated with the Islamic State in West Africa Province, or ISWAP).

The agreement primarily concerned smoothing out relations between jihadists, on one side, and on the other vigilante groups and traditional Dozo hunters mobilised to safeguard their communities.

In the area of Niono (Ségou region), efforts to find a resolution to the siege cutting off the village of Farabougou – which has been surrounded since October 2020 by jihadist militants from the Kourmari area – included talks with the assailants initiated by Bamako-based representatives of the High Islamic Council of Mali (Haut Conseil islamique malien – HCIM) alongside rural community members from the area.

READ MORE A grassroots response to the Sahel crisis

In Burkina Faso, tensions appear to have eased outside the town of Djibo, in Soum Province (Sahel region), while the lack of major attacks during the period leading up to the presidential election suggests that a truce may have been negotiated.

What’s more, reconciliation agreements seeking to reduce communal violence and local tensions are also under discussion, mobilising in particular the facilitation efforts of international nongovernmental organisations such as the Centre for Humanitarian Dialogue[HE3] , Search for Common Ground, Geneva Call and Promediation.

Though these local initiatives are still insufficiently coordinated and remain limited in scope, the growing number of peace-building efforts shows that the crisis is producing new spaces of local governance outside the realm of state control and authority.

The push for peace also signals that a bottom-up approach to dialogue is taking shape to fill the gaps left by state-led diplomatic efforts, while developing in parallel with counterterrorism military operations carried out by the G5 Sahel Joint Force, France’s Operation Barkhane and the EU’s Takuba Task Force.

At the G5 Sahel summit held in Nouakchott, Mauritania in June 2020, these forces met for the first time to coordinate their action as the International Coalition for the Sahel.

READ MORE Sahel – a new battlefield between IS and Al-Qaeda?

The question being raised today is to what extent can these different military operations work together. Going forward:

Finding a political resolution to the crisis

In a senate hearing of the French foreign minister, Paris underscored its desire for the N’Djamena summit to be “primarily political and diplomatic” in order to extend the duration of the country’s “military push”, which was decided one year ago at the Pau summit.

This politico-diplomatic approach should naturally not be limited to implementing Mali’s 2015 peace and reconciliation agreement given that the multidimensional challenges of the Sahel crisis are no longer confined to northern Mali, with violence now endemic in the central part of the country, in the tri-border area it shares with Niger and Burkina Faso and, increasingly, in parts of their borders with coastal countries.

The real challenge facing the Sahel partners is ensuring that the coordinated mobilisation of military operations and various diplomatic efforts serve the right purpose, namely, finding a political resolution to the crisis.

In other words, the first item on the agenda involves determining to what extent military operations can pivot towards pushing their adversaries to make concessions on aspects they once tried to impose by force.

The second, and most important item to consider is the very nature of the political project that this combination of diplomatic and military efforts is working to advance: what is currently at stake is the model of society that the Sahel countries, on one side, and on the other the jihadist groups they are fighting against, intend to promote.

The big question confronting the region today is what form the state, based on a renewed social contract, should take. As the first victims of the diverse manifestations of violence impacting the region, the people of the Sahel alone have the legitimacy to answer this question.

In the Sahel, terrorists are now sitting at the negotiation table (theafricareport.com)