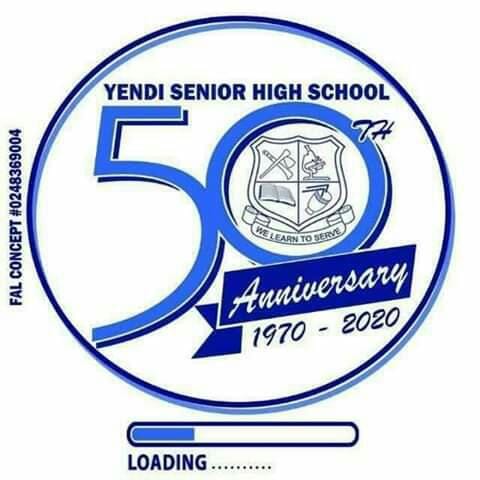 Yendi, Northern Region, Ghana//-The Board of Government, Management, current and Old Students of Yendi Senior High School (SHS) are celebrating the 50th anniversary of Yendi School from May 22nd to May 28th 2022.

The school, being the first Senior Secondary in the capital of Dagbon kingdom, Yendi, was established in November 1970 under the able leadership of Mr. C.B.A Teviu, the first headmaster of the school.

The theme for the celebration is “Quality Secondary Education For National Development; The Role Of Yendi Senior High School.” The celebration which was initially scheduled for 2021 has had to be rescheduled owing to the COVID-19 pandemic and its associated restrictions at the time.

The grand durbar for the celebration is slated for Saturday, May 28, 2022 in the School Park and would be graced by H. E. Alhaji Dr Mahamudu Bawumia, the Vice President of the Republic of Ghana as the Special Guest of Honour.

The school’s Motto: “We Learn To Serve” remains the guiding pillar upon which the attitude of both the current and old students of the school is moulded.

Over the past 50 years, the school has produced very renowned personalities as old students, otherwise known as ROYALS.

The current MP for Sagnarigu,  A.B.A Fuseini, MP for Mion, Aziz Aayaba, among others are some old students of the Yendi Senior High School.

The weeklong celebration is expected to commence on Sunday, May 22, 2022. Some of the activities lined up for the occasion include Float through some principal streets in Yendi, Inter-House Debate competition, Clean Up exercises, Symposium, Video Shows, Fun Games, Cultural Performances, among others.

Speaking on the celebration, the National President of Royals, Alhaji Mutaru Goro commended Royals across the country and beyond for their immense contributions to the infrastructural development and upliftment of the school over the years.

According to him, Royals in their year groups undertook various projects by renovating and refurbishing the dilapidated classrooms and dormitories of the schools.

On his part, the Headmaster of the school, Chief A. M. Hussein admonished the contributions of all stakeholders over the years to bring the school to its current status.

“The contributions of both the teaching and non-teaching staff, old students, the management as well as the Board of Government and PTA of the school over the past 50 years cannot be over-emphasized”, he said.

He urged all stakeholders to take a keen interest in the upcoming 50th Anniversary celebration to make the event a success.

The school currently has a student population of 3000 with about 1,300 being girls. The school has also been a regular participant at the famous National Science &Maths Quiz competition over the years.