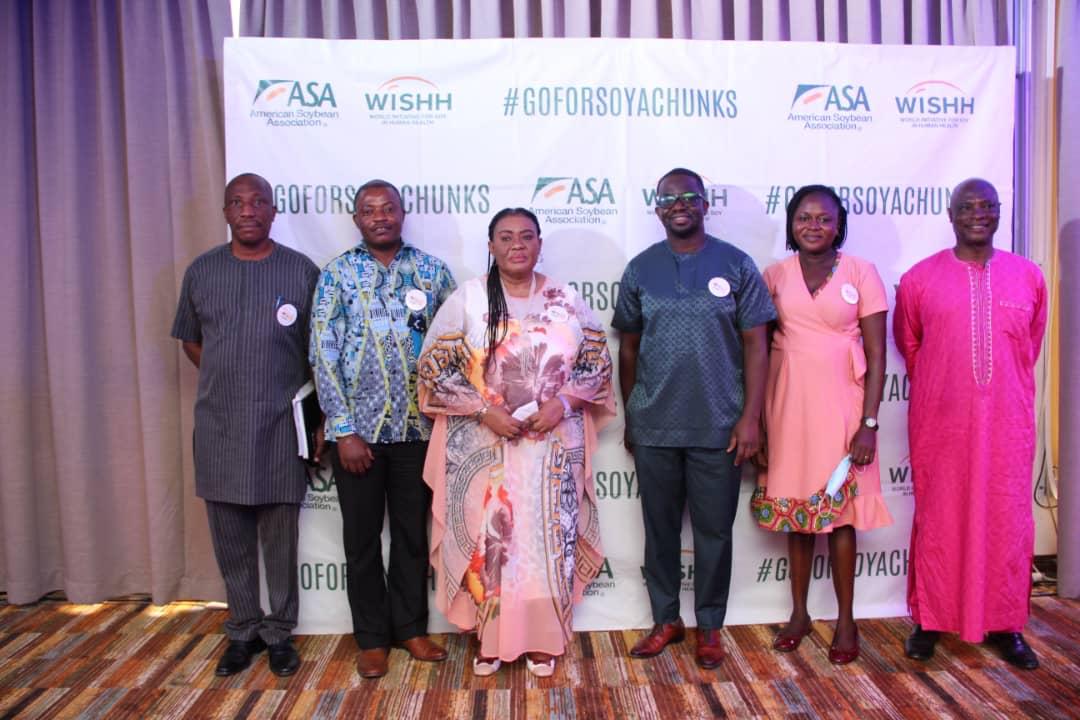 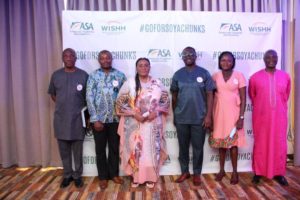 Accra, Ghana//-The World Initiative for Soy in Human Health (WISHH) and partners today launched a campaign-‘Go For Soya Chunks’ to increase awareness and promote the nutritional benefits of soya chunks among Ghanaians.

The campaign, which will run from July to December 2021 will include targeted activities for stakeholders from the Ghana School Feeding Programme (GSFP), National Association of Domestic Bursars and Matrons (NADBAM), and members of the public.

These include sampling events, sharing of testimonial videos and a pre-recorded demonstration video. There will also be a bazaar dubbed ‘Soy Food Festival’ in October to showcase various local meals prepared with processed soy ingredients.

“We are pleased to launch this campaign with local stakeholders in Ghana because we believe that consumers are proactively seeking other affordable and tasty protein options”. 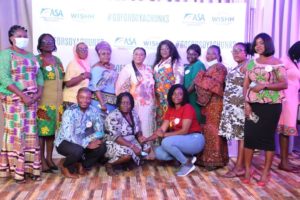 “Soya chunks are a great source of protein, high in fibre and low on fat. They are also high in minerals and vitamins”, Chris Slemp, Project Director of World Initiative for Soy in Human Health (WISHH)- Africa Division, said.

He added: “It is an affordable protein (chicken, meat, etc.); has a long shelf life (10-12 months) and does not require refrigeration.

Mr Slemp encouraged Ghanaians to consume the fresh and well-cooked version if they really want to reap the health benefits of soya chunks.

Presenting a short paper on the scientific and technical information on soya chunks, the Program Officer of Agriculture at the GSFP, Seth Offei said: “Soya chunks is produced from soya bean”.

Soya chunks which also called TSP or soya meat is described by Mr Offei as a ‘defatted’ in which oil is extracted by mechanic or chemical means to obtain soya flour.

The flour according to him goes through a series of processes including extrusion, cooling and packing.

Soya chunks can be incorporated into variety of foods such as soups, stews, sauces, salad, among others. While the TSP is a good option for vegetarian dishes.

“Soya Chunks is cholesterol-free since the soya has been completely defatted. Besides, Its production is in line with GSFP’s local content policy -3rd objective.

It has high nutritional value since soya has a complete protein profile being equal to meat.

More so, it can be incorporated into a variety of foods such as soups, stews, sauces, and salads. It is also a good option for vegetarian dishes,” he added.

The National Coordinator for Ghana School Feeding Programme (GSFP), Dr Gertrude Quashigah, expressed satisfaction with the incorporation of Soya Chunks in meals for pupils for its nutritional potency.

“|It is relatively cheap. More so, we have not received any complaints of allergy by caterers and school authorities,” she stated.

She, therefore, entreated the Supply chain partner, Yedent Agro Limited, to establish distribution points across the regions and districts for caterers to have unlimited access.

On his part, the Chief Executive Officer of Yendent Agro Group of Companies- the Supply Chain Partner, expressed joy for being the local stakeholders in Ghana since consumers are proactively seeking other affordable and tasty protein options.