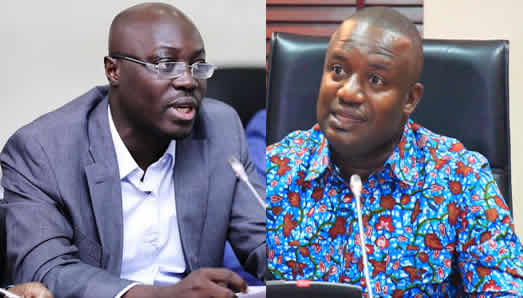 Accra, Ghana//-The Minority in Parliament has given the assurance that it would ensure the state secures a fair arrangement in its AKER/ Ghana National Petroleum Corporation (GNPC) deal.

According to the Minority, they do not oppose the proposed share acquisition transaction by GNPC in the Aker and AGM blocks or the decision for GNPC to acquire higher stakes in the said oil blocks.

This is because the erstwhile Mahama-led administration consistently canvassed and advocated for a significant increase of GNPC’s stake in the country’s oil assets to maximize national revenue for the development of the country.

“NDC/Mahama government established Explorco as a commercial wing of the GNPC in the year 2015, with the aim of making it an operator in the foreseeable future,” it added.

They, however, noted that the current deal “has serious concerns about the proposed hyper-inflated purchase price of the blocks and demand.”

Following these concerns, the Minority has demanded that GNPC goes back and negotiate the deal into one that addresses the value for money concerns and present to Parliament for consideration and approval.

Also, the Minority after a joint committee meeting held on Tuesday, August 3, observed that it is improper for the Minister of Energy, Matthew Opoku Prepmeh to request that Parliament grants a blanket approval for GNPC to proceed with the acquisition of 37% and 70% shares in the Aker and AGM blocks.

Mr Opoku Prempeh laid the request before the House on Monday, August 2. His request included the provision of a loan not exceeding US$1.65 billion to finance the acquisition, comprising of a purchase amount not exceeding US$1.3 billion for the two blocks and a Capital Expenditure share of GNPC Explorco of US$350 million for Peacan 1.

After GNPC goes to the negotiation table and its deal is approved, the Minority wants the loan agreement to purchase the shares to be presented to Parliament also for consideration and approval.

Again, the Minority is making the following demands;

“GNPC as the buyer should engage the services of an independent and reputable international financial institution to conduct a full appraisal and risk assessment of the Aker and AGM blocks. The presentation from GNPC indicated that Aker and AGM have added 267 million barrels to the blocks since they took over.

“The Minority equally demands a full audit of this claim and the expenditure incurred by Aker and AGM following the acquisition of the oil blocks by a reputable and independent audit firm.

“All the relevant technical and financial documents relevant to the Agreement, particularly the necessary appraisal, valuation and/or audit reports must be submitted to Parliament by the Minister prior to the presentation and consideration of the final negotiated Agreement.”

For the Minority, these actions go to show “our unflinching commitment to secure a fair deal for the State in this transaction”.

“We will diligently scrutinize all the necessary documentations with eagle eyes and ensure value for money in this transaction for the country,” the press statement added.