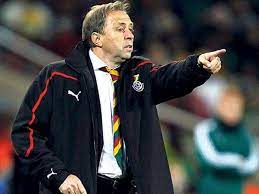 Accra, Ghana//-Ghana coach Milovan Rajevac has been sacked just four days after the country’s disastrous outing at the 2021 Africa Cup of Nations (AFCON).

The decision was taken by the Ghana FA on Saturday morning, a press released has confirmed.

This comes less than 12 hours after the Sports Minister ordered a massive overhaul of the team’s backroom staff the Black Stars rare first round exit from Africa’s flagship football tournament.

The Serbian coach supervised one of Ghana’s worst performances at the ongoing Africa Cup of Nations in Cameroon.

The four-time AFCON champions managed to pick just a point in the competition in Group C with Morocco, Gabon and Comoros.

Ghana lost to Morocco and debutants Comoros in the group stages to exit the competition.

The Ghana FA and the technical team led by Coach Milovan Rajevac have come under intense pressure after the exit with calls from the fans for the team to be dissolved and coach sacked.

After a stakeholders meeting held between the Sports Ministry and the Ghana Football Association on Friday.

The Ghana FA has been directed to terminate the appointment of Milovan Rajevac with immediate effect.

Our sources at the Sports Ministry indicate that the  Ghana FA has agreed in principle to sack the 68-year-old.

The Sports Ministry wants the Serbian trainer gone or else will stop paying his salaries. 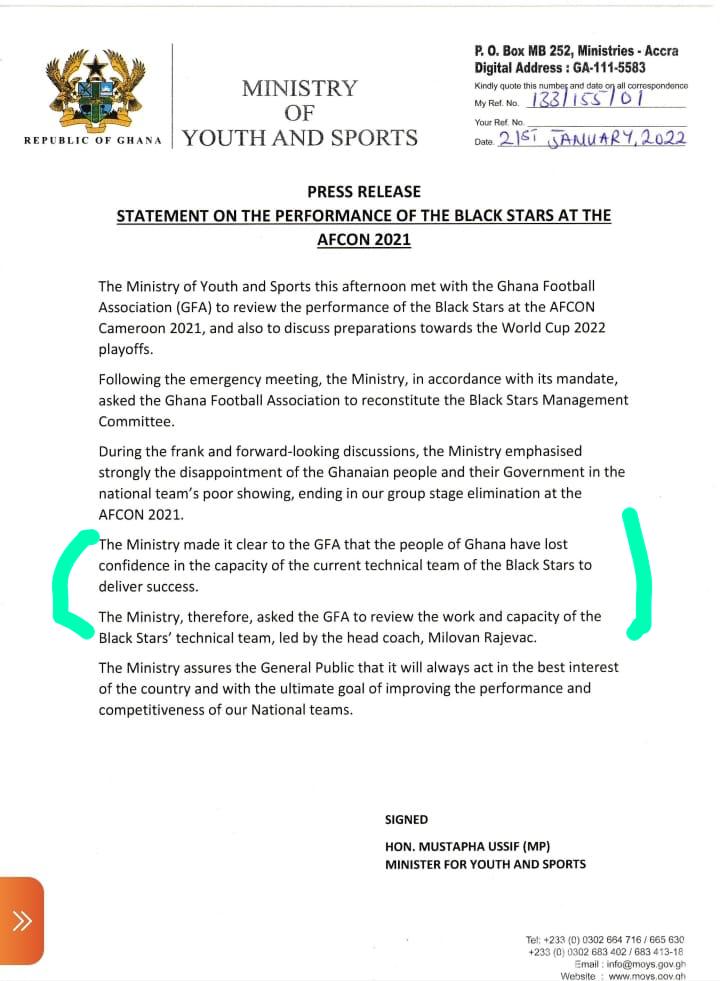