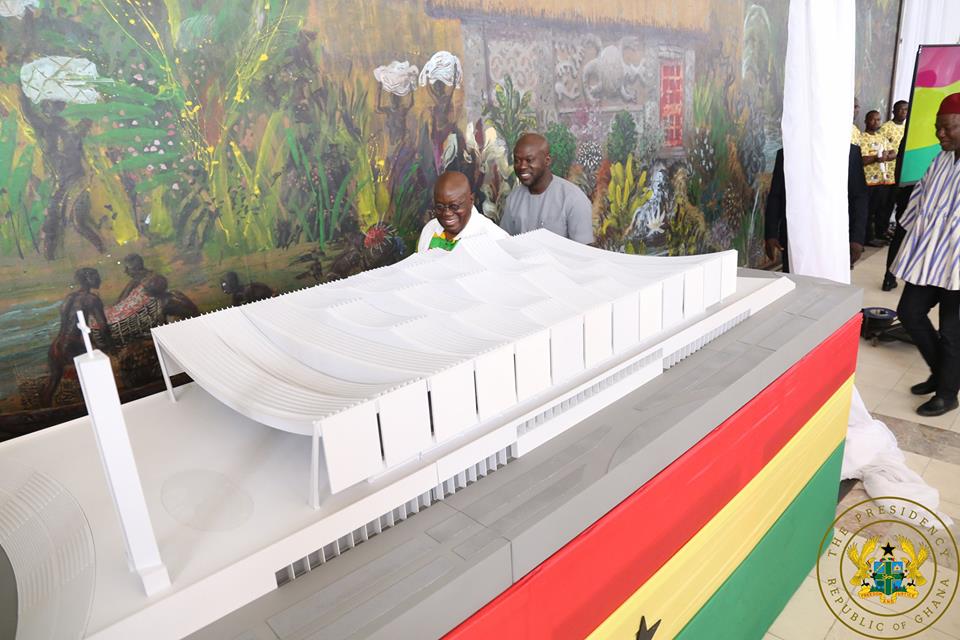 Ghana is indeed a blessed country where the faithful of the diverse religions have peacefully co-existed in mutual tolerance and complimented each other although they differ chiefly in the concept of how to best serve and worship the great grand architect of the Universe.

It is in this spirit of religious tolerance that senior Islamic clerics, just as persons from other faiths, have donated in cash towards the building of a National Cathedral which is predominantly a pro-Christian agenda.

It is therefore inappropriate that the narrative preceding the construction of this otherwise sacred cathedral has been enveloped in an unholy-controversy caused by an evasive attitude and a lack of transparency by the builders who have developed an ostensibly paranoiac mentality that any form of probity is tantamount to aggressive opposition.

We need not remind the builders that in all matters, especially matters involving money, the absence of clarity breeds suspicion and speculation.

The New Publisher is of the view that so far as the tax payer’s money that is being used to fund the construction, coming clean and clear on how the money is being used should be a smart proactive strategy rather than an unenthusiastic feet-dragging showoff as though they are doing anyone any favour by divulging information.

The recent jaw-dropping serialized reports put out by the Member of Parliament for the North Tongu Constituency; Samuel Okudzeto Ablakwa is rather worrisome and warrant some quick reasonable responses to assure Ghanaians that there is nothing fraudulent, unlawful or morally-deficient in the entire construction process and how the tax payer’s money is being used.

Okudzeto Ablakwa has been vocal and categorical for weeks that tax payer’s money in excess of GHS200million has been withdrawn from the Consolidated Fund on the blind side of Parliament.

He has raised concerns that the mode of withdrawals of the amount from the Consolidated Fund was unconstitutional and unlawful even if it was meant to construct an abode for the Most High.
Yet the persons who withdrew the funds have ignored and shown complete disregard for the concerns raised as though they were erecting a private project being financed from private pockets.

It is also hard to explain how come the name and photos of Pastor Mensa Otabil has over the period being put in the public domain and even published on the website of the Cathedral that he is a member of the Board of Trustees when they know in all honesty this is not the case.

It took the same Samuel Okudzeto Ablakwa to roar in the media that there was some public deception in the formation of the supposed membership of the Board of Trustees before the builders and sponsors of the cathedral owned up and confessed Pastor Otabil was indeed not a Board member and had to remove his credentials from their website.

Explaining exactly how much funds has been released so far and what exactly the funds were used for has also become as difficult as plucking hair from the nose.

In the matter of a state owned public project costing millions of Dollars, one would have thought the selection of a company to handle the construction would have gone through some competitive public bidding and tendering process but till date, how the contract was awarded has also been shrouded in another impious mystery.

What is not in doubt, however, is the integrity and aptitude of the appointed architect Sir David Adjaye.

The lack of accountability and transparency in how the tax payer’s funds is being used to finance the state owned cathedral as well as to pay compensation to the people whose properties were demolished to make way for the construction is certainly untidy and raises mistrust. Many of such persons have not even been compensated.

The New Publisher is appealing to members of the Board of Trustees, considering their high reputation and reverence in society, to take a second look at these concerns and offer some clarity to quench the growing suspicion, mistrust and speculation about what is meant to be a sacred project to the glory of God.

The House of God should be spared the unholy rancor.

A Cathedral In Unholy-Controversy | The Publisher Online