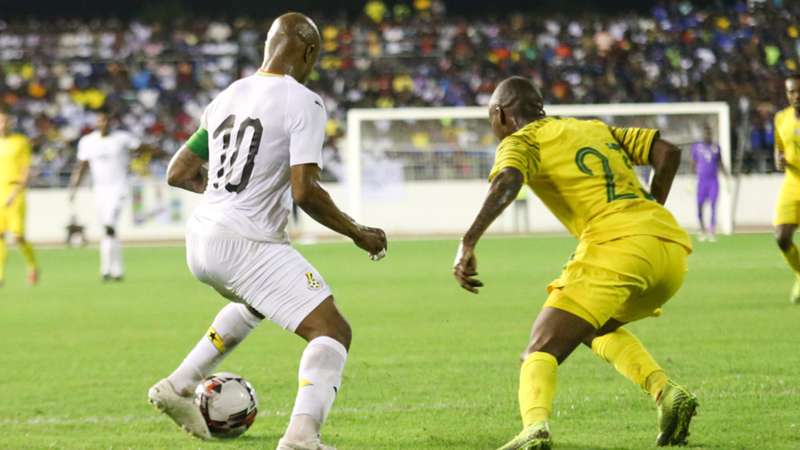 Historically, Bafana Bafana seem to often have found a way to raise their game when playing against the mighty Black Stars of Ghana.

Ghana currently lead the group with nine points – equal on points with South Africa, but on top due to a superior goal difference.

Sudan, who play group minnows Sao Tome e Principe on Wednesday, are in third spot on six points. Ghana’s goal difference is +4, South Africa’s is +3 and Sudan’s is +2.

Should Bafana lose to Ghana and Sudan win as expected, South Africa would likely have to beat Sudan on Sunday, in Omdurman, or risk not qualifying.

Stats can be misleading

Looking at the bare stats, there is not much between South Africa and Ghana: in 13 previous matches, each team has won four and there have been five draws.

However, when looking closer, the picture is not so rosy for Bafana. For starters, three of their four wins came in a different generation: between November 1996 and February 2000

And the last time South Africa beat the Black Stars was over a decade ago – when Katlego Mphela scored the only goal in a 1-0 win in a friendly game at the FNB Stadium in August 2010.

Since then, the two nations have clashed four times, resulting in two draws – both in friendly games, and two wins for Ghana – both in the Afcon – a 2-1 loss in the actual tournament in 2015, and a 2-0 loss in the current qualifiers, in a match played in November 2019.

The 17-month gap between the two qualifying matches – caused by the Covid-19 pandemic – should at least enable South Africa not to dwell too much on that defeat.

But the fact remains, despite what appears to be a good record against Ghana, South Africa have struggled to beat the West Africans when it really counts, especially over the past 20 years.

A draw might be a more achievable goal, and it would leave South Africa above Sudan, even if the Sudanese win on Wednesday, which in turn would mean that a draw away in Northeast Africa on Sunday would enable qualification.