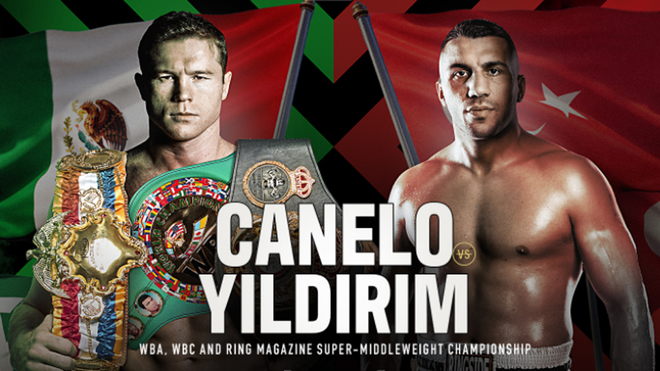 Boxing’s number one star, Canelo Alvarez, makes his return in Miami on Sunday dawn (28 February) and it’s all live for DStv viewers.

Canelo Alvarez, the super-middleweight champion, defends his WBC and WBA title belts against Avni Yildirim in a fight he must win in style to justify his billing as the sport’s top fighter.

Alvarez has ruled the roost in recent years, his slick counter-punching style, allied to power, making him one of the most marketable and popular boxers in the world.

At the age of 30 the four-division champion is arguably at the peak of his powers, his recent wins over Callum Smith and Sergey Kovalev demonstrating his world-class performance levels.

Ordinarily, he wouldn’t be fighting an opponent like the little-known Turk, but this is a fight mandated by the World Boxing Council, so Alvarez ought to welcome the opportunity to put on a show.

Yildirim has other ideas, however, with new trainer Joel Diaz forecasting a massive upset. It’s difficult to know from where he might engineer such a performance. Although tall and rangy, Yildirim is easy to hit and has nowhere near the power required to force the Mexican onto his back foot.

Alvarez, beaten just once in 57 bouts, is determined to become the first Mexican to be undisputed champion at super-middleweight. “I do feel superior and I am superior to Yildirim,” he said.

“But I’m training like it’s my biggest fight and I’m not underestimating him at all. This is boxing and one punch can change everything. It’s not in me to underestimate anyone.”

The undercard will include a match-up between Julio Cesar Martinez and McWilliams Arroyo for the WBC flyweight title and a fascinating heavyweight bout between Zhilei Zhang and Jerry Forrest.