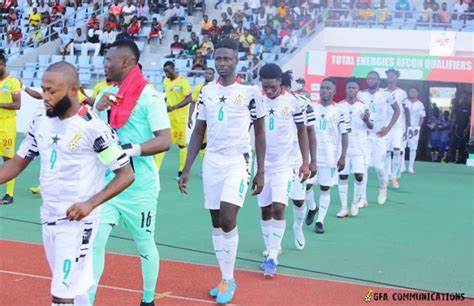 Ghana will face Nigeria in the final round of qualification for the 2022 African Nations Championship (CHAN) after defeating Benin.

The Black Galaxies defeated Benin 1-0 on Saturday at Cotonou’s Stade de l’Amitié to complete the double over their West African opponents and advance to the next round.

Hearts of Oak striker Daniel Afriyie Barnieh, who scored the first goal in the first leg, produced the winner in Cotonou, scoring in the 82nd minute.

Black Galaxies now have to find a way past Nigeria in the final round to book their place in Algeria for the tournament.

Ghana have failed to qualify for the tournament in the last three editions.