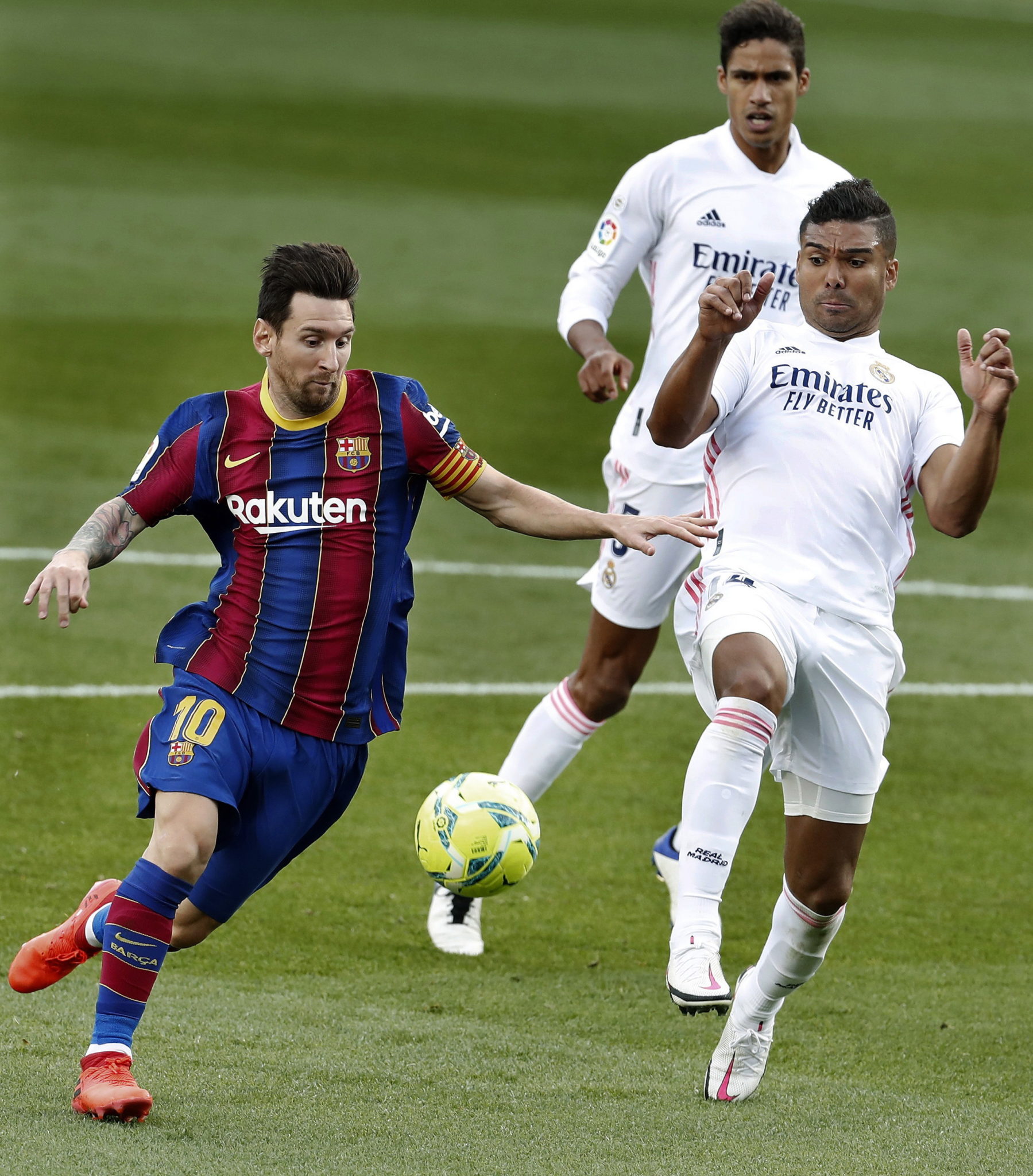 Soccer fans can look forward to the latest edition of La Liga‘s most famous rivalry – and arguably the greatest club game in all of world football – ‘El Clasico’, as Real Madrid host Barcelona at Estadio Alfredo Di Stefano on the evening of Saturday 10 April 2021.

SuperSport is your #HomeOfFootball and the ultimate destination for lovers of ‘The Beautiful Game’. It’s also the only place to get English commentary from the legendary La Liga, where this clash will take centre stage on the coming weekend.

As ever, this game could play a key role in determining the order of finishers at the top of La Liga, with both Los Blancos and the Blaugrana hungry to challenge Atletico Madrid in what has become a three-horse race for the title.

Real Madrid have shown an improved fluidity in their play in recent times, with manager Zinedine Zidane able to get a tune out of his experienced players, and a three-point haul in this clash will be expected for the capital city giants.

“We’re playing well. We’ve regained confidence and you can see it on the pitch,” said ‘Zizou’. “They [Barcelona] are a great team. We’re the ones who have to go out and take it to them on the pitch and we have to do it in the manner in which we’ve been doing it.”

Barca, meanwhile, have continued on their upward development under manager Ronald Koeman, with club legend Carles Puyol backing the current team to take the club back to the top of Spanish football.

“Barça have good players, a good team and in recent years we have won many titles,” said Puyol. “These players deserve credit and that we trust them.

From the outside it looks the players are happy with Koeman, who is a legend of the club, he is doing a good job, he deserves respect and trust, then at the end of the season the assessments will be made.”

Luka Modric – Real Madrid’s midfield maestro has remained one of the top playmakers in the game even at the age of 35, with his ability to dictate the play proving to be a key driving force for Los Blancos as they look to defend their La Liga title.

Lionel Messi – As one of the game’s all-time greats, Lionel Messi deserves to be considered a key player for this El Clasico, though he will be determined to break a goal drought in this rivalry which stretches back almost three years.

In head-to-head stats, Real Madrid and Barcelona have met in 245 official matches across all competitions, with Los Blancos claiming 97 wins compared to 96 for the Blaugrana, while 52 games have been drawn.

When the teams met earlier this season, at the Camp Nou in October 2020, Real claimed a 3-1 away win thanks to goals from Federico Valverde, Sergio Ramos and Luka Modric.

Zinedine Zidane v Ronald Koeman – Two legendary players turned managers, Zidane and Koeman have both erred on the side of a cautious approach in their tactical set-up. Yet there is one major difference in their philosophies: the Real manager puts his faith in experienced veterans, while the Barca man is more than willing to let youthful players prove themselves.

Sergio Ramos v Antoine Griezmann – Real’s wily captain remains one of the best centre-backs in the world, but a re-jigged formation for Barca is beginning to bring the best out of Griezmann, who will fancy his chances of finding the back of the net.

Ferland Mendy v SerginoDest – Two of the lesser known players for their respective teams, Mendy and Dest have nonetheless shown great form in both attack and defence in recent weeks, and their battle out wide should have a major influence on the game.

No rival can compete with SuperSport’s coverage. Our viewers on DStv and GOtv can see all their favourite stars from the African continent dominating La Liga pitches across Spain.