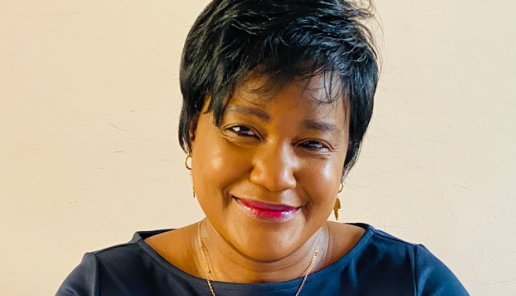 A resident of Scotland since 2011, human rights lawyer Debora Kayembe was named rector of the University of Edinburgh, one of the UK’s most prestigious institutions, in early February. She will assume her new role on 1 March.

The 45-year-old Kinshasa-born political activist and human rights lawyer will be the first black person and the third woman to hold the prestigious position since 1858.

Here are five things to know about Kayembe.

Kayembe cut her teeth as a human rights activist in the DRC. Born in Kinshasa 45 years ago, she was raised by her paternal aunt and uncle, a doctor, in a well-to-do family with very close ties to the Mobutu Sese Seko regime. She grew up in the lap of luxury, safe from the outside world.

READ MORE DRC: Lumumba’s speech of independence was the nail in his coffin

At the age of 19, after coming face-to-face with Kinshasa’s slums, where social inequality, injustice and child hunger were on full display, Kayembe was spurred to take action.

She earned her law degree at the Université Libre de Kinshasa and began her career as a human rights activist with the NGO Toges noires (Black Togas). After interning at the UN, she was called to the Congolese Bar Association in Matadi and became a lawyer with a specialty in international law in 2000.

After returning to Kinshasa in 2002, Kayembe was hired by an international law firm, where she worked on cases involving foreign investors facing corruption in the DRC.

Later on, President Joseph Kabila sent her, along with other civil society representatives, to South Africa on a mission to set up a transitional government and appointed her as special adviser to the DRC’s human rights commission.

In this role, Kayembe called for an investigation into a massacre that had taken place in Bunia, a city in eastern DRC, during the Second Congo War. Horrified by the eyewitness accounts and evidence gathered, which included reports of killings, torture and rape, she was about to hand in a damning report to the government when her name became the subject of rumours. The situation worsened to the point that several friends advised her to leave the country immediately.

Kayembe arrived in the UK as a refugee in 2005. She was granted political asylum and a residence permit two years later, while living in northern England, in the town of Blackburn, outside Manchester, whose MP, Jack Straw, was the then foreign secretary in the Labour government. He intervened on her behalf to prevent her expulsion from the UK.

Kayembe speaks more than four languages, including French, Lingala, Kikongo and Swahili, and previously worked as an interpreter and translator for African refugees at a local National Health Services (NHS) office. She went on to create her own language services company with an international client base.

4 – Member of the Royal Society of Edinburgh

Because her law degree was recognised in Scotland but not in England, Kayembe moved with her two young children to Edinburgh in 2011, where she was able to qualify as a barrister.

In 2012, she joined the Scottish Refugee Council, where she served as a board member. That same year, she was added to the list of assistants to counsel for the victim support section of the Office of the Prosecutor of the International Criminal Court (ICC). In 2016, she became the first African woman to join the Royal Society of Edinburgh, where she holds a seat on the Working Group for Africa.

In July 2020, in the wake of the Black Lives Matter movement, Kayembe launched the Freedom Walk campaign, a civil rights movement which aims to promote “social reforms, racial justice and community harmony” in Scotland.

In February 2021, she became the first black woman, first African immigrant and third woman since 1858 to be named rector of the University of Edinburgh, one of the UK’s most prestigious institutions (according to QS World University Rankings, the university ranks 5th in Europe and 20th worldwide).

The university also has the third-largest endowment fund of all British universities, behind Cambridge and Oxford.

Appointed for a three-year term, the new rector plans to focus her agenda on combating racism, promoting diversity and stamping out inequalities in access to higher education. A few of her famous predecessors include former British prime ministers Winston Churchill and Gordon Brown.