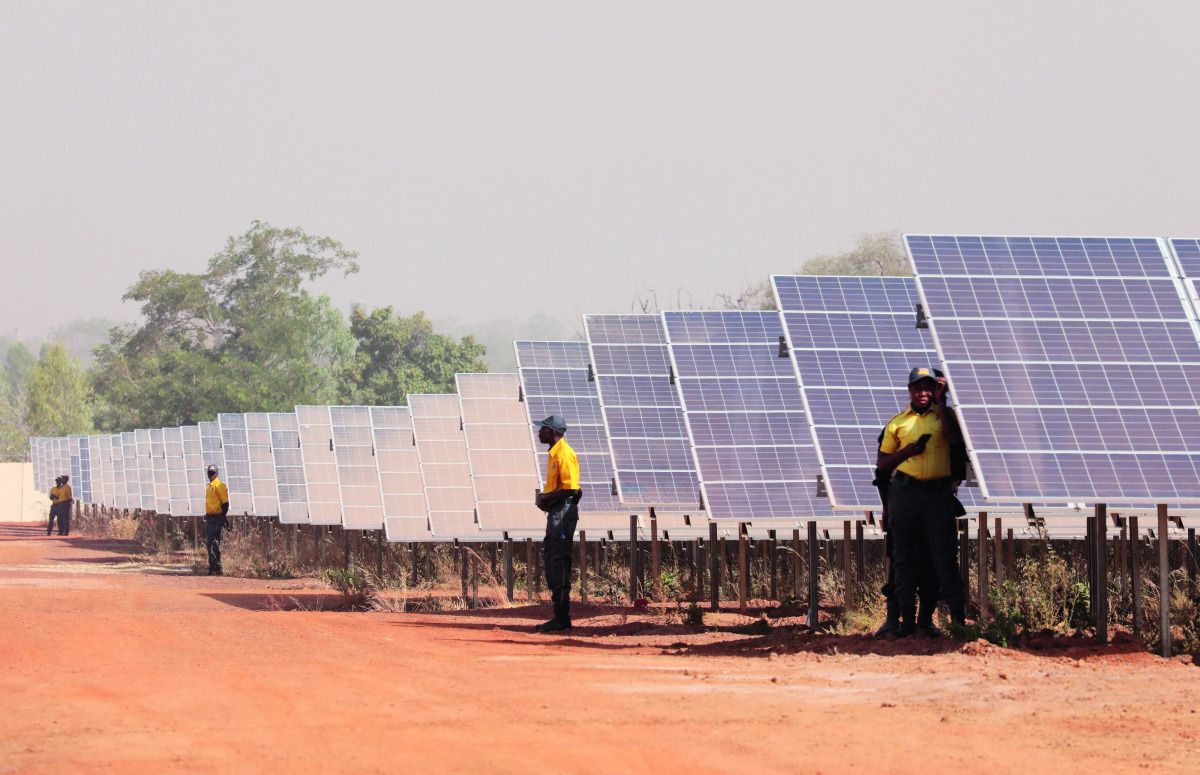 Dakar, Senegal// — With a 38% share of renewables in its electricity mix and a 50% target by 2030, Mauritania is a top regional performer in the race towards low carbon power.

Not long ago, the nation only had a 35% renewables target for 2035— and yet amidst its further development potential of 457.9 GW solar and 47 GW wind power, its 549 MW total installed capacity may still seem insubstantial.

The MSGBC country is just discovering the true extent of its vast natural power reserves and that optimizing them may mean substantial increases to its current 38.8% national electricity access rate — taking the figure to 100% by 2030.

Energy Capital & Power { https://EnergyCapitalPower.com } has partnered with the nation’s Ministry of Petroleum, Energy and Mines to advance this goal and to promote its unparalleled works in the west African energy transition ahead of the MSGBC Oil, Gas & Power Conference (https://bit.ly/3NKWtlR) in Dakar this September wherein the region’s narrative for COP27 and gameplan for green energy deployment will be collaboratively established. In light of this, here are the five key green energy developments to watch in Mauritania over the coming year.

Set to be one of Africa’s biggest green hydrogen projects, CWP Global’s $40 billion, 30 GW AMAN development will be located in the Dakhlet Nouadhibou and Inchiri areas of Mauritania’s northern region. Its 18 GW of wind and 12 GW of solar will power electrolysis inland, generating 10 million tons of green ammonia per annum.

The project was launched with a Memorandum of Understanding (MoU) between CWP and the Mauritanian government and further ratified by a framework agreement made last month. It is expected to reduce national unemployment by one third by 2035, boosting the country’s GDP by 50-60% within a similar frame of time.

The megadevelopment was greenlit by the government with an MoU signed in September last year, further advanced last month with the return of positive results from pre-feasibility studies.

Earlier in the year, Chariot also signed an MoU with the Dutch Port of Rotterdam for the latter’s construction of a new globally leading green ammonia import terminal to launch in 2026, taking in 600,000 tons of green hydrogen per annum from Project Nour. Currently a consortium of backers are sought for the Chariot project to reach its final investment decision.

Averaging seven days of rain a year, Mauritania’s climate is ideal for solar and the country’s first major development in the sector did not disappoint in this regard with 54,000 panels supporting 50 MW production capacity at Toujounine, on the northern outskirts of the nation’s capital.

Completed in 2017, the $53 million plant is run by the national electricity company, Société Mauritanienne d’Electricité (Somelec), and has seen ongoing works since its inauguration by (then) President Mohamed Ould Abdel Aziz, removing an estimated 57,000 tonnes of CO2 per annum and supplying 10% of Mauritania’s net energy production. It also fulfils a local content function by hosting green energy training programs for local students and interns.

The Klima solar farm extends Toujounine’s legacy with the German-built application by the same name, funding a solar farm stretching across 600,000m2, through the pooling of contributions from 75,000 users seeking to offset their carbon emissions.

This one-of-a-kind Mauritanian development supplies 15% of the country’s total energy needs, covering 100,000 people, beckoning in a sound future for energy finance from an application just three years old. The Klima solar farm was first announced in July 2020, continuing to grow and garner support from that date as users take to the app from across 70 countries.

Set to come online in the fourth quarter of this year, the Boulenouar Wind Farm will be Mauritania’s largest at 102.4 MW, exploiting the country’s 754km of prime Atlantic coastline. It is owned by Somelec and was originally slated for a 2019 launch but delayed, with construction beginning in 2020 for the 39-turbine facility, at a cost of $150 million.

It is located in the village of Boulenouar 400km north-west of Nouakchott, the Mauritanian capital. Priorly, the country’s largest wind farm was a 30 MW establishment in Noukchott.

From zero renewables in 2008 to the 38% electricity mix share it boasts today, Mauritania’s green energy transition has come a long way, rapidly accelerating in line with the urgency of the climate crisis.

But as the country’s demand continues to grow at 10% year-on-year, the more advanced green energy solutions will be required from the nation to maintain and expand energy access.

The MSGBC Oil, Gas & Power Conference and Exhibition hosted by regional neighbour and energy ally, Senegal, this September will serve as a launchpad for such developments whilst bolstering transnational cooperation beyond gas to other green energy sources such as hydroelectric.

In this regard case studies such as Mauritania drawing 91 MW each year from Mali’s Manantali Hydropower Dam, will also be included.