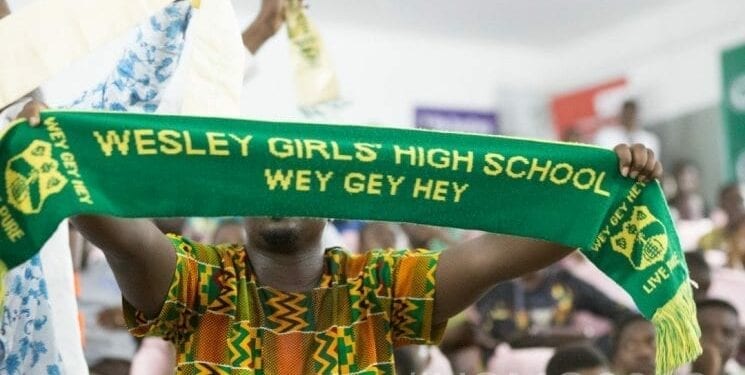 Some Muslim old girls of Wesley Girls High School have been speaking out about their experiences while practising their faith as students in the face of the disagreement between the school’s authorities and the Ghana Education Service (GES) over the right of Muslim students to fast during Ramadan.

Under the #GeyHeyMuslimsSpeak on Facebook and Twitter, former students have been detailing what they say have been significant cases of tacit discrimination against Muslims, threats of dismissal and sometimes blatant disregard for their rights and religion by the school authorities.

Below are excerpts of posts by two former students on Facebook:

Finished in 2003, fasted and prayed throughout. Didn’t break any rules and had a very successful and active school life! However my experience was marred when my own mate reported me to the school authorities and I was summoned one “rest hour” before the main school heads (headmistress, assistant headmistress, house mistress, chaplain, school prefect and the one who reported me) and warned by the headmistress to stop praying, or I’ll be sacked.

She also emphasized that no Muslims should congregate, since part of my crime was I had told a form 1 Muslim girl to not be discouraged and to try and pray. She added that if they allow everyone to do what they liked there would be chaos and she can’t have that. I was threatened that if I keep praying and she finds out I will have to go take my SSCE elsewhere.

Mind you this was in my final year before mock exams. Shook me up but it didn’t stop me though, I still prayed. So none of this brouhaha surprises me and the experience of the brave student who voiced her oppression resonates with me. I’m proud of her and I really hope she’s okay.

Dear Old Girls Association, you don’t speak for me or the hundreds of other Muslim old students. Sans this issue, the best women I know till this day, I met at Wesley Girls High School and still have wonderful memories of my time there.

Definitely some of the best years that shaped me into the woman I am today. There is so much more to be proud of about this school, why allow this to continue or fester any longer. So much for a religiously tolerant Ghana. The school is not an island. Do better #WeyGeyHey RIGHT THIS WRONG!

I am a proud old girl of Wesley Girls. I love my school and credit HER for the woman I am today. As a Muslim child attending a Methodist school, I never once felt I was treated differently.

Mrs Thompson, God bless her, never stood at the pulpit and said Muslim girls could not pray! I do not know how much things have changed since leaving…However, we had rules so that the prayer times were quite tricky.

When it was Fajr,the rising bell had not rang yet and so girls were to be in bed, Zuhr was at a time when we would be in class, ASR was during Lunch, Magrib was same as Dinner time and Isha was during prep time. These rules were not intentionally designed to be conflicting with prayer times, it just so happened! So what did I do? I followed every rule in the school and at the same time observed my religious obligations.

Girls being allowed to observe their prayers or fast is in no way going to interfere with laid down rules or affect their education in anyway- I and many other muslim old girls are examples.

My sister, also an old girl of a Catholic school(Arch Bishop Porter Girls), tells me they had no such issues in their school. the same is true for many other mission schools. In a country that allows for freedom of worship and association, this is a clear infringement of their rights especially when practices such as prayers and fast do not interfere whatsoever with laid down rules of the school.

To my little sisters back in school, I urge you to follow and respect the rules of the school. We are told by Allah to observe the rules of the land in which we live. This is your own test.

Your fast is for your Lord and He knows your intentions. Purify your intentions, He knows and will reward you even if you are prevented from fasting. Its another 2/3/4 years and you will be done with secondary school and have all the freedom to observe many more Ramadans insha Allah.

To the “Intolerant Ghanaian”, this is not a battle between Islam and Christianity, this is not a battle of whose religion in true or not. If we are truly Muslim or Truly Christian, our speech will be purely for love and unity for all of God’s creations. Religious tolerance should come naturally to you if your worship is to the Lord of the world who shows us love we truly do not deserve.

And finally to the Leadership of the Methodist church who is adamant on refusing these girls fast without good reason; this is purely an attempt to show off power .You may be in a position of power, but you are not only preventing them from observing a pillar of the Muslim faith, you are preventing them from observing an obligation required of them by God and you will be answerable to Him someday.