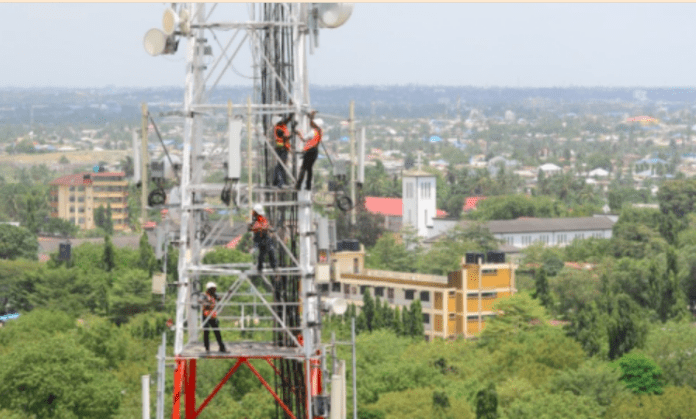 An increase in Internet traffic during the pandemic, fibre optics, competition on the cloud… 2020 has seen many advances in connectivity but three major challenges remain.

Africa’s digital economy will surely remember 2020 as some kind of huge pop quiz which received the following feedback: “Solid achievements to build on.”

COVID-19 has indeed led to millions of citizens using a variety of mobile services ranging from meal delivery to mobile payment to video conferencing. These new uses have put pressure on broadband networks, but they have held up.

READ MORE How Facebook spun its web across African internet

This is at least the case for urban areas. After all, the physiognomy of the African Internet resembles that of the continent’s major metropolises. It is uneven and fluctuates between solid, state-of-the-art constructions and rudimentary and insufficient equipment.

“The last five years have seen the expansion of numerous submarine or land cables on the continent, accelerating the broadband adoption curves which now hover around 30 to 40%. Despite this progress, the year 2020 has revealed the failure of these networks in meeting people’s needs,” says Guy Zibi, founder of the consulting firm Xalam Analytics and an expert in technology markets.

According to Zibi, before covering its entire territory, Africa must first improve its existing network by focusing on the “useful connection.” A notion popularised by the Alliance for Affordable Internet, which believes that effective connectivity is connectivity above 10 megabits.

In other words, operators now need to ensure that in areas with the best coverage, throughput can easily support sophisticated, data-intensive applications such as Youtube, Zoom or cloud storage.

He states that this objective requires accelerating the deployment of 4G and residential and office fibre optics (FTTH). In Africa, “the rate of adoption of this type of connectivity was estimated at around 15% in 2020,” Zibi says. By way of comparison, in Europe, broadband penetration rates are at around 75-80%, 4G and fibre combined.

What about unconnected populations? In 2020, an international consortium led by Facebook installed 2Africa, the longest underwater fibre optic cable on the continent. In Guinea, the national backbone has begun to be commercialised and may one day be connected to Orange’s West African network, known as Djoliba.

As it explores the African market, network infrastructure operator Liquid Telecom has completed its project to link South Africa and Cairo, cabling much of East Africa in the process.

Moreover, inequalities in digital access continue to widen a double gap. The first is linked to geographical coverage, which neglects 22% of the population, who don’t have access to either 3G or 4G.

The second is societal: 52% of Africans covered by mobile broadband do not use it, mainly because of its cost. Reducing the cost of data and terminals needs to therefore be one of the top priorities for operators in 2021.

They seem to be aware of this given that Orange and Safaricom recently announced partnerships with Google aimed at facilitating access to mobile terminals, either through financing or the development of entry-level telephones.

As far as data is concerned, “African countries need more competition on international connectivity,” says Zibi, who feels that if there were a minimum of three international providers that this would help to bring down prices in a given market. In West Africa, Côte d’Ivoire and Senegal meet this objective.

3 – Be more ambitious in the cloud

The market is exploding, investors are flocking, but are companies ready? In October 2020, Standard Bank finalised the sale of all its data centres to Africa Data Centres, a subsidiary of Liquid Telecom specialising in the management of these “data farms.”

This project, which anticipates the switch of the bank’s data to Microsoft’s cloud (Office 365, marketed by Liquid) is “the most ambitious on the continent,” says Zibi.

Choosing one of the four largest South African banks allows it to develop new applications more quickly while outsourcing some of its costs. “It is a technically difficult project,” acknowledges the expert, who points out that most large companies based on the continent currently have their own infrastructure and are cautiously testing out the public cloud.

However, the arrival of the two giants of the sector, Microsoft and Amazon, coupled with the intensive construction of several data centres on the continent (Nigeria, Ghana, Kenya, South Africa) should accelerate the transition. When they don’t approach their clients directly, these two American technology giants use resellers like Vodacom to market their products.

“This is especially the case in Southern and East Africa. The Western region is less covered by Amazon and Microsoft, and so Orange has the monopoly over more basic solutions, such as Office 365 or Teleconference,” says Zibi.