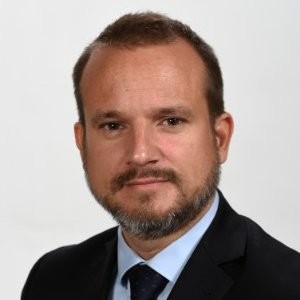 Having already established a presence on the African continent through 24 subsidiaries and 14 partners, OLEA Insurance Solutions Africa is continuing its African expansion by becoming the majority shareholder of the APIO Group, a financial services company based in Johannesburg, South Africa.

This acquisition follows the successful takeover of AIB in Angola and Mozambique in 2021 and confirms OLEA’s pan-African stature as it expands its network in Southern Africa.

OLEA, a major player in the field of insurance brokerage in Africa, with US$200 million in insurance premiums generated in 2021, is supported by a network of subsidiaries in 24 African countries.

Focused mainly on corporate clients (CFAO, Engie, Bollore, Somdiaa, BCP, Azalaï, Yeshi, and Vivendi, etc.) and with over 400 employees from all over the world, the company has built a strong corporate culture based on its values of integrity, independence and excellence. Through this new acquisition, OLEA confirms its leadership position in one of the continent’s key regions.

OLEA’s expansion into South Africa and the wider Southern African region is in line with the Group’s strategy to develop its business in fast growing and high potential African markets.

South Africa accounts for 70% of insurance premium volume and is one of the most dynamic economies on the continent. OLEA’s rapid development is supported by five hubs in Paris, Abidjan, Johannesburg, London and Nairobi, which contribute to offering the company’s clients high value-added services.

OLEA Chairman Olivier Dubois said: “It is a real source of pride for our company to establish itself in South Africa, and we are delighted that the APIO Group team is joining the OLEA family.

The sustained growth we are seeing demonstrates the soundness of our development model, which is based on three fundamental elements: Talent, Technology and Territories.

Having young, dynamic tech-savvy teams with innovative and digitalized management tools at their disposal in French-, English- and Portuguese-speaking Africa means we can better support our clients and their investments on the continent.”

Olivier Canuel, CEO of OLEA, added: “The acquisition of APIO is a great opportunity for OLEA. We’re bringing in industry experts with a deep knowledge of their market and with whom we share common values.

We are convinced that this acquisition will further enhance our ability to provide our clients with quality services and expertise. South Africa is the largest insurance market on the continent and represents a promising growth potential, so it made sense for us to establish ourselves there.”