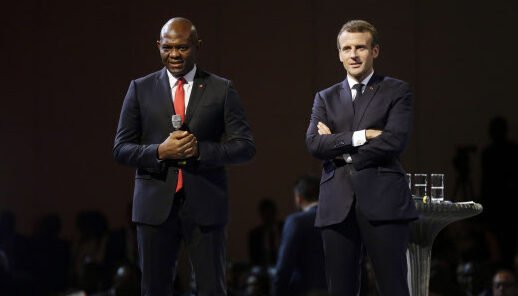 Tony Elumelu’s big bet on an oil block assumes that there will be a long enough window to monetise the asset, known as OML17.

Given the dominance fossil fuels still retain for much of the emerging world it may well pay off, but operational issues linked to the block still remain.

In an era when oil-rich nations are shifting from fossil fuels to renewables, and industry attractiveness is seen getting lower even pre-COVID-19 pandemic,  Nigerian billionaire and economist Tony Elumelu announced a 45% participating interest in Nigerian oil licence OML17 and related assets, from Shell, Total & ENI for $1.1bn, in a tweet.

While the deal is one of the largest in oil and gas in Africa in more than a decade, and the first major private sector acquisition in the industry since President Muhammadu Buhari’s second term in office, will it avoid some of the pitfalls that have struck domestic energy actors in recent decades?

The last major round of sell-offs from Western international oil companies to Nigerian firms was at the top of the oil market a decade ago,  perfect timing for the exiting multinationals, but more difficult for certain local players.

“It’s clear that Heirs Holdings’ play is a short to medium term play,” Samuel Segun, analyst at SBM Intelligence tells The Africa Report. Although the world may be moving into renewables, “Nigeria and many other developing economies  including India, which is now the third largest crude oil importer and having Nigeria as its fourth largest supplier, are not going to stop needing crude oil overnight,” he adds.

“The OLM 17 field has an estimated reserve of 1.2 billion barrels of oil. This will give Elumelu along with the consortium of global and regional banks and investors a big enough market to make significant returns on their investments. In addition, while countries with the largest CO2 emissions are expected to switch to clean, renewable wind, water and solar power, this will be no later than 2050, which is still a long way off,” says Segun.

For oil analyst Antony Goldman: “I think the key to this deal is operating rights – the issue that scuppered his earlier attempted acquisition from Shell.”

Springboard for other deals

There is also the possibility, if the deal is well structured, for the asset to be used in other deals. “Tony Elumelu rarely makes deals that are not good for Tony Elumelu, but the devil here is likely to be in the detail, not all of which is likely to be disclosed, for example transaction costs, tax breaks etc”, says Goldman. “Elumelu is a banker and this is an asset that can be leveraged.”

For Goldman, the opportunity ahead is for Tony Elumelu to “show a capacity for managing costs, transparency and environmental and community issues that ultimately make the licence unattractive for Shell and its partners.”

Samuel Nwanze, CFO at Heirs Oil and Gas, believes those risks can be mitigated by diversification into other parts of the energy sector.

“The nature of the Nigerian economy means that it continues to be reliant on oil – and truly, we need to get power, robust, accessible, reliable, and plentiful, to industries, to services and to consumers. This is why our Group has developed the largest installed electricity production capacity in Nigeria, the recent purchases of the Afam Power Plants, our turnaround of the Transcorp Power Plant, our work on our other oil and gas assets, all leading to a single goal – sustainable, robust, and widely available power, that will drive schools, hospitals, and industries,” Nwanze tells The Africa Report.

“We were leading supporters of President Obama’s ‘Power African Initiative’ where Heirs Holdings committed $2.5bn to increase affordable and accessible power in Africa and was the single largest private sector investor in this initiative – and we welcome the Biden Administration’s renewed focus on Africa,” adds Nwanze. “On the oil price, we cannot predict – what we are focused on is ensuring that we have a business which is sustainable, creating economic and social wealth and delivering on our strategy to power Africa.”

In an earlier written statement, Elumelu stated that: “The acquisition of such a high-quality asset, with significant potential for further growth, is a strong statement of our confidence in Nigeria, the Nigerian oil and gas sector…We see significant benefits from integrating our production, with our ability to power Nigeria, through Transcorp, and deliver value across the energy value chain.”