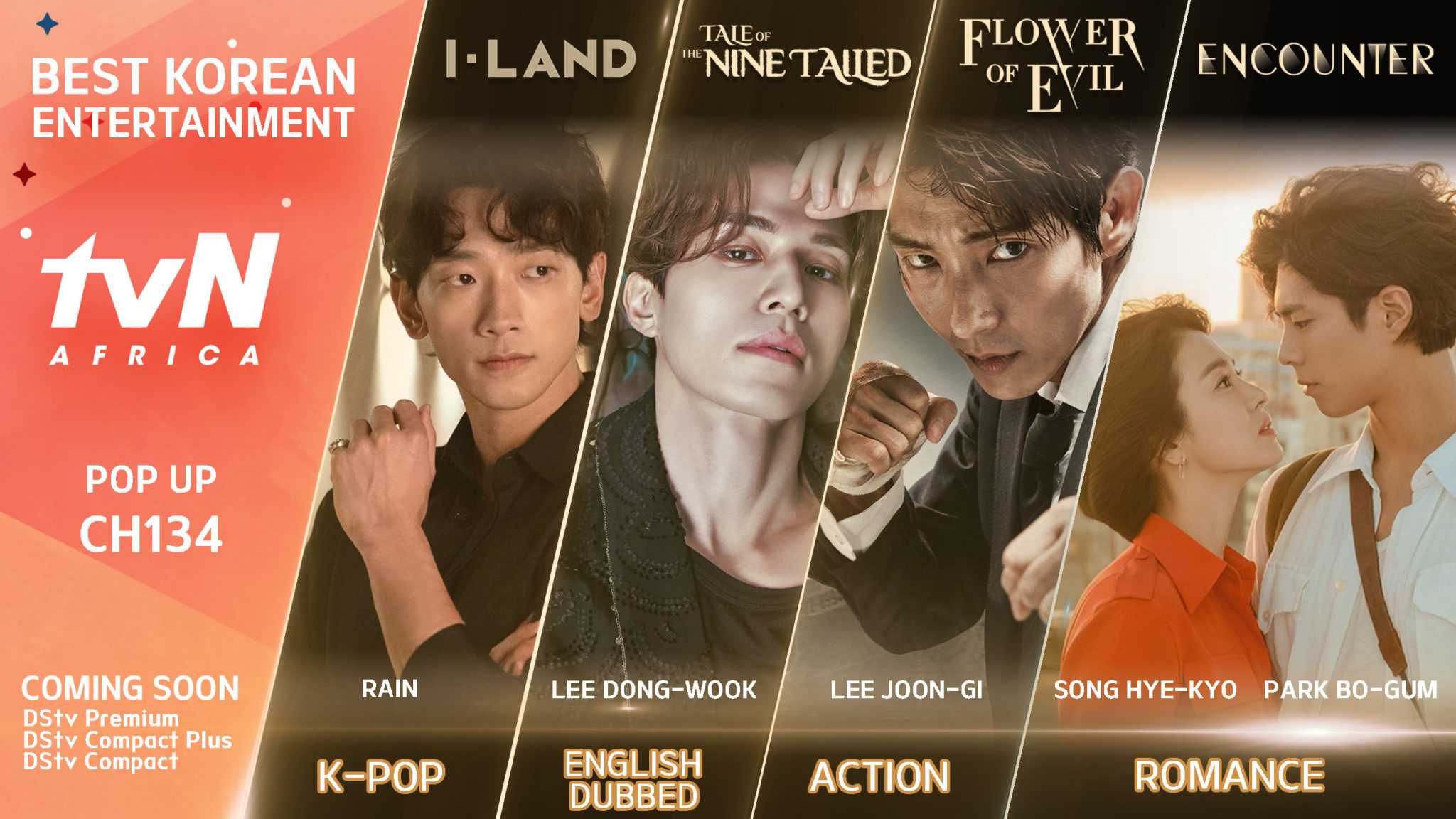 CJ ENM HK and MultiChoice Group have announced the launch of Korean entertainment pop up channel tvN Africa on DStv, channel 134from Monday 01 March 2021, with a feed customized specially for African audiences.

This marks the first foray for Korea’s number 1 entertainment brand into the continent.

Starting Monday 01 March, 20 million households across sub-Saharan Africa will have access to this pop-upchannel on DStv.

DStv customers will be able to experience the Best Korean Entertainment and world-famousKorean stars, specially curated and packaged in one channel.

The customisation is critical to satisfy fans and attract new audiences. Similar to tvN Asia, the channel will be presented in English and include programs with English subtitles and a dedicated drama slot dubbed in English. There will be fresh hourly programming every weekday from 4:45pm.

Commenting on the launch, Michael Jung, Managing Director of CJ ENM Hong Kong, said: “It is evident Hallyu fever is on the rise in Africa.

“We’re thrilled to have a channel with such a unique content offering join our platforms,” Cecil Sunkwa Mills, Managing Director of MultiChoice Ghana. “We are always looking for ways to provide value for our customers and tvN will do just that by giving African viewers a chance to explore South Korean lifestyle through entertainment.

Love is in the air for all K-drama fans every Monday to Wednesday 4:45pm starting with Another Miss Oh, a romantic series about two women who not only share the same name Oh Hae-young, but they also share a destiny with the same man, Park Do-kyung, who can see the future.

Fans of NCT should not miss NCT World 2.0 (Every Friday, 4:45pm, the first reality series starring all 23 members of NCT(including their new additions Shotaro and Sungchan) as it showcases each member’s talents and charms, as well as the group’s perfect chemistry as they clear missions to travel through time and space.

Look out for Super Junior’s Choi Si-won as a son of a wealthy family who has never bothered to make any specific life goals until he meets Baek Joon (Kang So-ra) in Revolutionary Love coming up after that in March.

Every weekday night at 7:15pm, subscribers can look forward to a dedicated Korean drama slot  dubbed in English starting with Encounter, an “opposite-attracts” story that follows the complicated romance between a free-spirited ordinary man (Park Bo-gum) who seems to have nothing and the wealthy CEO (Song Hye-kyo) of a hotel who seems to have everything but is unhappy with her life.

Tale of the Nine Tailed, a romance fantasy drama that tells the story of a fearless producer (Jo Bo-ah) determined to hunt down a nine-tailed fox (Lee Dong-wook) who goes after evils that disrupt the order of the human world will premiere in March after Encounter.

The series connects a criminal profiler from present day 2015 to a detective from 1989 via a mysterious walkie talkie to tackle crime and injustice. Coming up after Signal is a gripping and highly addictive crime melodrama, Watcher starring Han Suk-kyu, Seo Kang-joon, Kim Hyun-joo.

tvN is on Channel 134 and available to DStv Premium, Compact Plus, Compact customers. Viewers on the move can live-stream the channel using the DStv App.