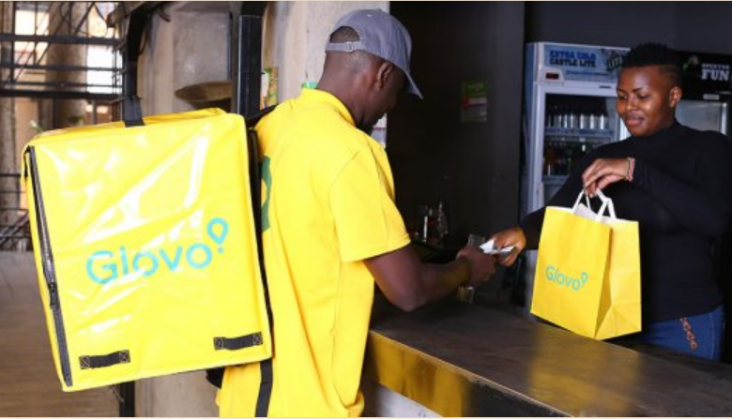 The fierce competition within the online delivery sector is prompting Western services to invest in as many markets as quickly as possible.

While none of them have yet achieved profitability, Spain’s Glovo, the US-based Uber Eats and Finland’s Bolt have been investing in African markets over the past four years in order to offer their wide range of delivery services.

For example, Bolt announced on 30 March that it had launched its delivery services in Kenya, while Glovo, which had raised €450m ($536.2m) by 1 April, is expected to launch in Nigeria and Tunisia in a few weeks.

In Europe and the US, these companies, often valued in the billions of dollars, profits seem to be shrinking. However, they seem to be more promising on the continent.

“Our revenues are lower in Africa, but the amount of money we have to spend to achieve our goals is lower,” says William Benthall, who runs Glovo in Africa. This company, which was founded by Oscar Pierre, had a turnover of $91m in 2018.

The platform, which arrived in Morocco in 2018, employs 150 direct employees on the continent and claims to have created more than 300 indirect jobs (notably via call centres). It also employs 2,500 independent delivery staff.

“We have also been operating in Côte d’Ivoire and Kenya for two years, and launched our operations in Uganda and Ghana four months ago,” says the head of Glovo. And the platform is continuing to grow, as a result of the growing urbanisation of the continent and the €150m raised in funds in 2019.

For its part, Bolt, headed by Markus Villig, was awarded a convertible loan of €20m from the International Finance Corporation to develop its delivery services – Bolt was initially a service linked to mobility – in Nigeria and South Africa. But the company, which operates in seven African countries (South Africa, Kenya, Tanzania, Uganda, Nigeria, Ghana and Tunisia), refuses to comment on its performance on the continent.

The terrain is not without risks for these companies. For example, Uber Eats, which was only present in Egypt for two years, left the country to be replaced by Jumia Food. Between administrative delays, inaccurate addresses and unforeseen weather conditions, there are numerous uncertainties for delivery firms.

“The order cancellation rate is also higher on the continent than in Europe,” says Bamba Lô, co-founder of Paps, a service specialising in transport and logistics for businesses in Senegal and Burkina Faso.

“We apply a dynamic system for delivery charges depending on the market,” says Benthall. “In Kenya, if it rains heavily, the surge charge go up because users usually are understanding and accept the extra charge. For example in Côte d’Ivoire, we don’t make any surge charge because our marketing research shows that Ivoirians value the certainty of what the fee would be. So we accept some uncertainty.”

On average, Glovo charges commission rates of between 15% and 30% of the value of an order. Lô argues this rate is “rather high”.

“Also watch out for the cost of delivery. Companies don’t necessarily measure it well at the beginning, but the depreciation of vehicles, the cost of breakdowns and accidents, the time spent managing cash, etc. All this must be integrated into the economic model,” explained Emmanuel Bocquet, a business adviser at GreenTec Capital Partners, in a book on the sector.

As for the delivery drivers, while the precarious nature of their job is the subject of controversy and legal action in the West, it would seem that their situation is more comfortable in Africa, for the moment at least and only in financial terms.

“These companies are prepared to overpay for the cost of delivery because they are interested in acquiring loyal customers. But it’s a short-term gamble,” says the head of Paps. According to him, compared to a European, an African delivery person is certainly paid less, but ultimately has better purchasing power.