THE International Monetary Fund (IMF) has jumped to the aid of Bank of Ghana after several media reports accused the Central Bank of manipulating Debt-to-GDP figures it submitted to the Bretton Woods institution.

A Senior IMF official at a press briefing on Wednesday in Washington, DC, had stated that Ghana’s Debt-to-GDP ratio is about 70 percent, a huge variance from the 55.4 percent [as at June, 2014] quoted by the BoG in its 61st MPC report.

But a press release from the IMF explained the basis for its wider debt-to-GDP ratio saying the 71.1 percent it gave “corresponds to the level projected at end-2015 under our baseline scenario published in the World Economic Outlook, which assumes the continuation of current economic policies (very gradual fiscal adjustment in 2015, a more depreciated exchange rate, and lower growth related to remaining high vulnerabilities).

The disparity in the figures actually arose from the use of two different timelines by the two [BoG and IMF] institutions.

While the BoG’s figure corresponds to its calculation for the first half of 2014, the IMF’s was based on its projection (given current economic situation such as weak currency) for year end-2015.

According to Mr. Dieng, “the latest actual figure available to IMF staff for end-2013 is equivalent to 56 percent of GDP, consistent with the figures released by the Bank of Ghana.” BF&T 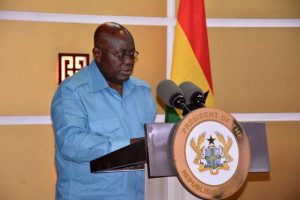 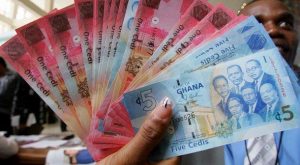 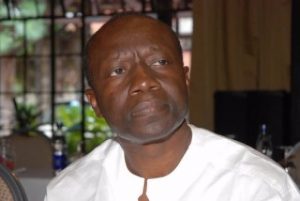