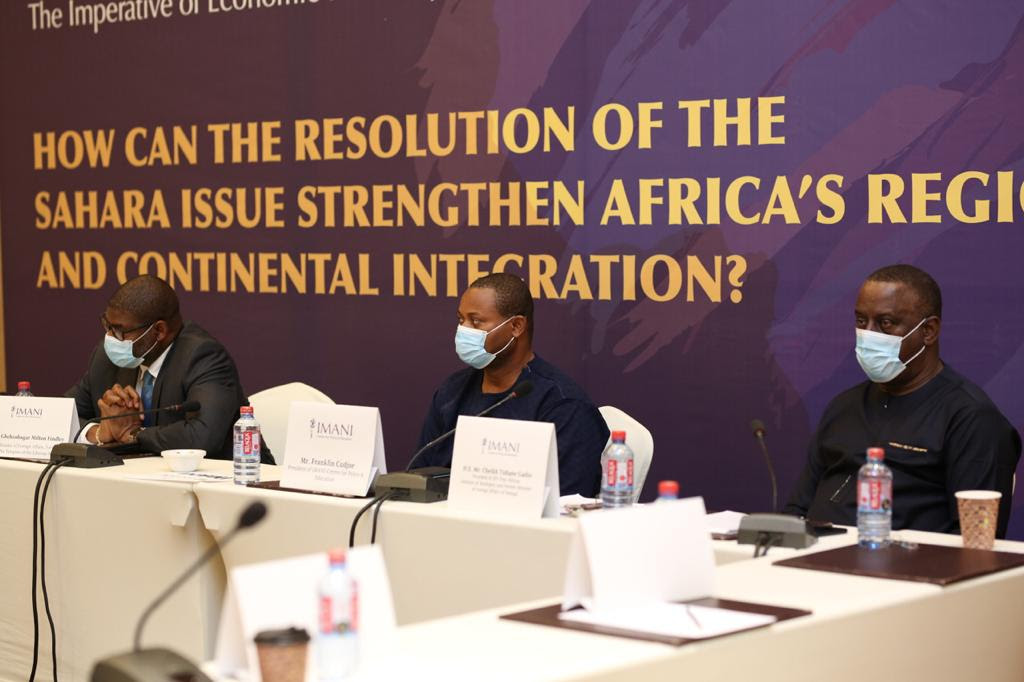 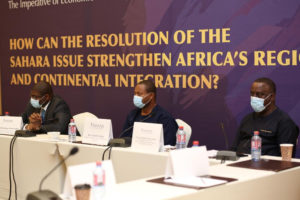 Accra, Ghana//-Imani Center for Policy and Education, a Ghanaian Think Tank held a seminar, in Accra, on the topic: “The Imperative of Economic Recovery: How can the Resolution of the Sahara Issue Strengthen Africa’s Regional and Continental Integration?”.
The event brought together several Ghanaian and West-African stakeholders including prominent policymakers, experts, academics, business leaders, think tank and civil society representatives from the Gambia, Ghana, Liberia, Nigeria and Senegal.
The seminar aimed to debate and discuss the African Union’s (AU) current challenges in an objective, scientific and dispassionate manner, in the context of a highly intellectual and fact-based exercise with credible experts and influential decision-makers.
Accra being the host of the African Continental Free Trade Agreement’s (AfCFTA) secretariat, the discussions focused on the challenges of regional and continental economic integration, with a special focus on the role of Regional Economic Communities.
The participants highlighted the urgency of such integration and called for the full implementation of the AfCFTA and its premunition from any deadlocks that hamper the continent’s integration ideal on the ground, as stated and backed by the AU.
The debate also focused on how political deadlocks, such as the Sahara issue, are, today, a major hindrance to Africa’s economic integration. The participants highlighted the necessity of finding a realistic and definitive solution to this longstanding issue, which can only constitute a breakthrough in Africa’s regional and continental consolidation, especially in the current context, marked by the urgency induced by the pandemic’s economic and social repercussions.
Most of the participants considered the resolution of the Sahara issue a necessary step to enhance the continent’s economic integration, in view of its current dynamics marked by the exclusivity of the United Nations process and the pre-eminence of the Moroccan Autonomy Plan as a sincere, realistic, credible, and inclusive political solution.
In the current context, marked by the urgency of economic recovery – for the unity, the integration and the overall safety of the continent – the recent incident in Guerguerat demonstrates the need to overcome political deadlocks and unproductive ideological positions.
Extensively analysed by the participants, the three-week obstruction by Polisario-led campers of a vital and strategic road – connecting Europe, North Africa and Western Africa – put neighbouring countries, the region and the whole continent’s economic security at risk. It also highlighted the importance and weight of the cooperation between Morocco and West-African countries.
African Eye Report