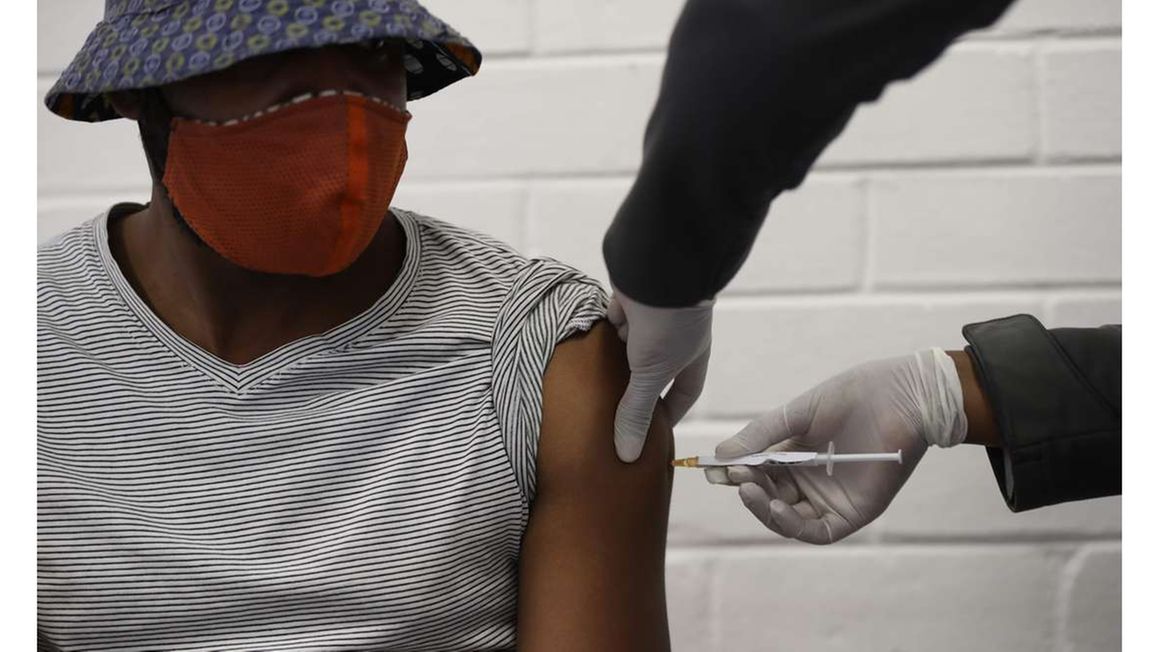 As the AU announced this past week that it had secured 270 million doses of Covid vaccines, East Africans will have to wait a bit longer to access the required quantities.

While the announcement provides relief as countries may soon access the much-needed vaccines for frontline workers, the elderly and people with chronic ailments, the available doses are not enough to contain the pandemic as scientists recommend at least 60 per cent vaccination of the population.

And even though it is the largest such agreement yet for the continent, it will not be until April that the first shipment of 50 million doses arrives and is then distributed through June, the head of the Africa Centres for Disease Control and Prevention (AfricaCDC) John Nkengasong said on Thursday.

The vaccines are from Pfizer, AstraZeneca (through Serum Institute of India) and Johnson & Johnson.

East African countries are poised to get nearly 40 million Covid-19 vaccine doses though the AU initiative.

After receiving firm orders from member states, Afreximbank, the pan-African multilateral trade finance institution, will provide advance procurement commitment guarantees of up to $2 billion to the manufacturers on behalf of member states.

“Upon delivery of the vaccines, member states may pay using their internal resources or access an instalment payment facility of up to five years offered by Afreximbank,” South African President Cyril Ramaphosa said in a statement on Wednesday evening.

The AU’s initiative purchase will come from different sources from Covax, with Dr Nkengasong saying these are additional and not replacement doses.

“The 270 million doses are meant to supplement the 600 million doses we will receive from the Covax facility,” Dr Nkengasong said at a weekly WHO Africa region virtual press briefing.

Githinji Gitahi, chief executive of Amref Health Africa and a universal health coverage advocate says, with all optimism, the average person will not get the vaccine this year.

“I don’t know when they [vaccine shipments] will get here and honestly I don’t think anyone can confidently answer that question,” said Dr Gitahi, adding that almost all available doses have been bought by wealthy countries that funded their development. “So even if you have the money and no doses to buy, you will still have to wait.”

East African countries have already submitted their requests to Gavi, the Vaccine Alliance, an organisation appointed by the World Health Organisation (WHO) to oversee procurement, allotment and distribution of Covid-19 vaccines to 92 countries that have signed up for the Covax facility.

The type and manufacturer of the vaccines that many Africans will receive is not a guarantee.

When asked which vaccines the country is looking to get, Kenya’s director general of health, Patrick Amoth had a standard answer: “We are in talks with many manufacturers including Russia and China.”

In an interview with The EastAfrican, Willis Akhwale, head of Kenya’s vaccine advisory task force, said that the country was on track with its plans to introduce the vaccines and the team was making final touches to the vaccination plans that they intend to present before stakeholders next week.

“We are burning the midnight oil to put in place all these measures. We want to ensure that our delivery system is efficient,” Dr Akhwale said.

On why the government decided to wait until now to put together its vaccination framework, he said it was not late, given that most of the vaccines were approved for emergency use in December.

Dr Gitahi said the fact that like Kenya, many African countries, is yet to tailor clear plans does not mean they are off-track. “You can’t plan with what you don’t have,” he said.

Morocco, Egypt, and Guinea have signed deals to get CoronaVac, developed by China’s Sinovac. So far, Sinovac’s vaccine has been found to have the lowest efficacy compared with other vaccines that have been authorised.

The latest results from a Brazilian clinical trial have found the drug to be 50.4 per cent effective, just over the 50 per cent needed for regulatory approval.

According to Our World in Data’s Covid vaccination information, only 2.92 million people across the world have received at least one dose. None of them, however, are in Africa.

This means that the continent’s target to vaccinate 60 per cent of 1.2 billion people, and, by extension, achieving a vaccination coverage level enough to create herd immunity, will be askew.

Director general of Nigeria Centres for Disease Control Chikwe Ihekweazu said in a WHO-Afro presser that it will be two years before African countries get vaccine coverage to a level where it will impact transmission enough to stop non-pharmaceutical interventions like sanitisation and handwashing, wearing of masks and maintaining social distance.

To bring the pandemic to an end, a large percentage of the world needs to be immune to the virus. Scientists initially estimated that 60 to 70 per cent of the population needed to acquire resistance to the coronavirus to banish it. The safest way to achieve this is with a vaccine.

Only 2.2 million people (representing 0.03 per cent) across the world have received all doses of Covid-19 vaccines as prescribed. Should the vaccines arrive on the continent soon, they will only be enough to inoculate 435 million people (36 per cent of the population) by the end of 2021 because the continent will not be deviating from the double-dose regimen like the West.

Like the rest of the world, Africa is experiencing a second wave which AfricaCDC has said is proving to be worse than the first wave. In his weekly briefing, Dr Nkengasong said the continent has been recording a high number of deaths, whose fatality rate of 2.4 is higher than the global 2.2. Africa has recorded more than three million infections, and 76,752 deaths since the pandemic hit. Globally there have been 91 million infections.

Medical and scientific experts are not sure how long the virus and even the vaccine confers immunity, especially since a number of people have been reinfected.

South Africa has secured 20 million doses, President Ramaphosa said earlier this week, although only 1.5 million vaccines for health workers have been confirmed. The country is experiencing a resurgence of the virus after an initial wave peaked in July, with active cases and hospital admissions hitting new daily records.