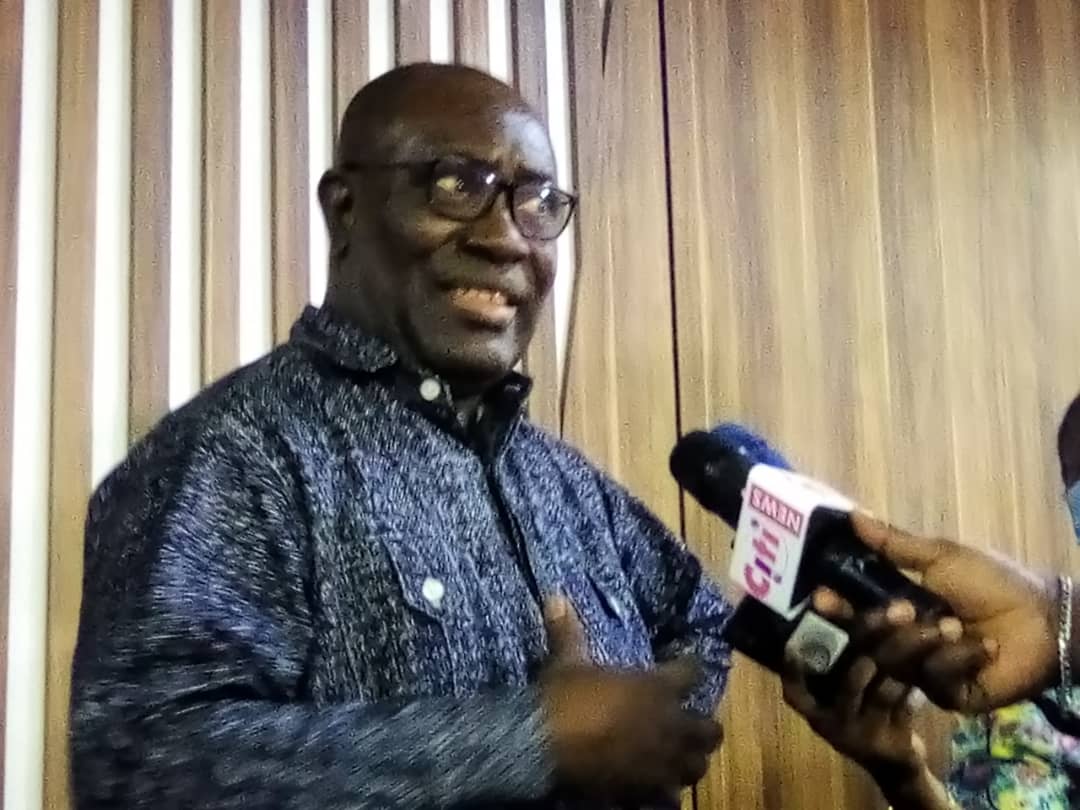 The Trades Union Congress (TUC) has observed that with an estimated 400,000 new entrants to the labour market annually, the unemployment and employment situation remains the greatest challenge in the country.

It corroborated the position of analysts who have said that joblessness among young people in the country is a time bomb which is bound to explode in a matter of time if nothing immediate is done about it.

The labour union said it was for that reason that it had supported direct government interventions that offered jobs particularly to young people in priority sectors of the economy.

“That is why the TUC has always supported direct government interventions that offer jobs particularly to young people in priority sectors of the economy, and it is in the same spirit that
we support the ongoing recruitment in the security sector.

“We expect the government to give every Ghanaian the opportunity to be part of the economic development process through massive job creation in both the public and the private sectors of the economy.

“We urge the government to consider waiving the application fees to enable all those who qualify and who desire to join the security services to do so,” the labour union said.

The TUC raised the concerns in a position paper it has submitted to the government as its input to the 2022 Budget Statement and Economic Policy.

It also urged the government to consider reviewing the various public sector employment programmes, such as the Youth Employment Agency (YEA) and the Nation Builders Corps (NaBCo), and evaluate the efficiencies of its modules to ensure value for money.

The government is expected to present its Budget Statement and Economic Policy for 2022 to Parliament next month. The budget is expected to proffer medium to long-term solutions to the numerous challenges that confront the economy and the people of Ghana.

Among the issues are the damage to the Ghanaian economy caused by the COVID-19 pandemic, including the acute revenue shortfalls and the rising national debt stock.

It is also expected to touch on the concerns of Ghanaians, such as the high cost of living, low pay and joblessness, especially among young people.

The labour union said a review of the various programmes must explore the possibility of integrating them to ensure synergy and also eliminate costly duplications.

It said the most effective way to cure joblessness on a sustainable basis should be through the private sector and called on the government to strengthen the One-district, One-factory (1D1F) programme as part of growing and strengthening the private sector.

It must work more closely with the business associations, that is, the Ghana Employers Association (GEA), the Association of Ghana Industries (AGI) and the Ghana National Chamber of Commerce and Industry (GNCCI), to stamp out the hurdles that hinder private enterprise growth and expansion,” the TUC intimated.

It also urged the relevant public institutions to find innovative ways to secure markets for domestic firms locally and externally, saying the African Continental Free Trade Area (AfCFTA) offered opportunity to do that.

“We must consciously work to limit the import of some of the basic products we can produce here. This is the only way we can build domestic champions and get more of our people employed. Our businesses cannot be competitive overnight unless we nurture them for a while. Early exposure to competition will destroy them and the potential jobs they can offer,” it added.

Describing the employment situation in the country as precarious, the TUC called for efforts to create decent employment by incorporating employment data and productivity.

“We once again urge the government to invest in generating employment data to allow for an independent assessment of the impact of government policies on employment. Accurate and timely data will be a good guide to the government on what policies and programmes are good for achieving its employment objectives and which ones are not.

The TUC proposed a ‘Productivity Week’ to be marked every year to bring all social partners together to highlight issues on productivity.

“It is time for concrete action to enhance productivity in both the public and the private sectors as part of the recovery effort,” it said.

It further called for a ‘National Labour Conference’ to discuss the concerns of workers and agree on a road map for addressing them.

The conference, it said, should bring together all the major worker unions, employer groups and the government to comprehensively discuss the many issues on the labour front that threatened unrest from next year and which could derail the economic gains.

“Low levels of pay in the public sector continue to be a source of grave concern to workers. The paltry four per cent pay rise for 2021 and the seven per cent for 2022 for workers on the Single Spine Salary Structure (SSSS) have angered the segment of workers on that salary structure, which is likely to lead to more labour unrest in 2022 and beyond,” it said.

It added that the threats by university teachers, Judicial Service staff, medical doctors, teachers, among others, to go on strike were a clarion call for the government to act decisively now.

The TUC, therefore, proffered that efforts must be made by the social partners to avert a potentially chaotic situation by reversing the decline in the real value of public sector salaries, given the rising cost of living.

The labour union also raised issues with what it termed the huge inequities that existed among the different public sector pay structures, saying: “The pay differential between Article 71 office holders and those on the SSSS cannot be justified.”

Citing the example of a teacher who became a Member of Parliament (MP) on January 7, 2021 and suddenly earned a salary 14 times higher than his or her former colleagues who were still in the classroom, it said other pay structures in the public structure offered even more attractive salaries, a situation it said was not acceptable and must be corrected without further delay.

The TUC believed that the low pay and rising inequities in the public sector would fuel unprecedented levels of worker agitation in 2022 if the social partners did not act now to resolve those urgent labour issues, and, therefore, asked that “the 2022 Budget Statement should contain the necessary measures and financial provisions to address the twin issues of low pay and inequity in public sector pay to avoid a potential threat to the economic recovery process”.

It observed that the Delta variant of COVID-19 continued to affect the economy negatively and called for ingenuity in economic management to address the multiplicity of challenges facing the country.

“Economic austerity appears attractive and even obvious, but it has negative implications for the recovery and for citizens,” it said, and added that real and meaningful discussions on the economy, jobs and livelihoods, wages and salaries, debt and pensions must be important parts of the budget process.

On the rising public debt, it urged aggressive revenue mobilisation as the ultimate solution, as well as the urgent plugging of loopholes in the tax system.
While commending the government for Revenue Assurance, Compliance and Enforcement (RACE), the TUC called for the passage of the tax exemption bill and move further to streamline the exemptions regime.