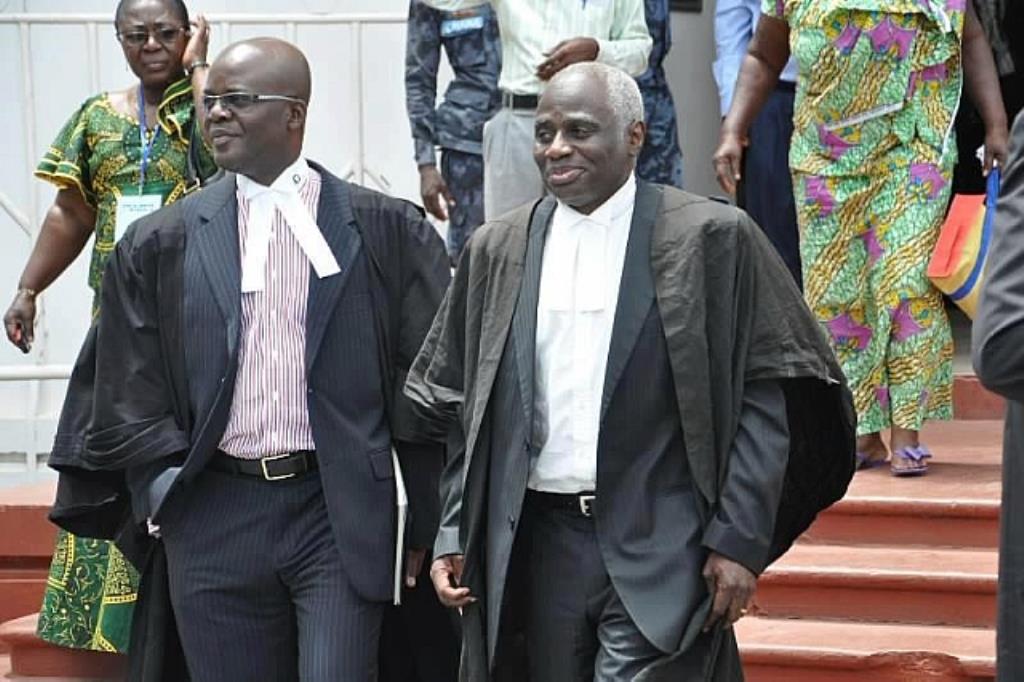 Accra, Ghana//-A nine-member panel of the Supreme Court today dismissed an application for Review by the Petitioner in the ongoing Election Petition before the apex court to review its own ruling that it cannot compel Chairperson of the Electoral Commission (EC) to testify.

Lawyers of the Petitioner led by Mr Tsatsu Tsikata argued that the ruling of the court was in error and wanted the ruling overturned.

The panel of seven which was chaired by Justice Kwasi Anin Yeboah with support from Justice Yaw Appau, Justice Samuel Marful-Sau, Justice Nene Amegartcher, Justice Prof Nii Ashie Kotey, Justice Mariama Owusu and Justice Gertrude Torkornoo on February 11 affirmed the respondents’ decision not to give evidence in the matter.

This the Petitioner and his lawyers disagreed and filed a motion to have that decision reviewed.

But, an enhanced panel of nine which saw Justice Lovelace Avriel Johnson and Justice Amadu Tanko added to the earlier panel dismissed the case.

The court said the Petitioner has not been able to satisfy the court with any exceptional ground that should warrant the grant of the review.

The application was subsequently dismissed by the panel of nine.

Moving the application for review of the Court’s ruling on February 11, Lead Counsel for the Petitioner Mr Tsatsu Tsikata said, the court ruling did not make any reference to Order 36(E)(3)(1), when they made their deposition before the court.

He contented that, it could not be the case that, the Chairperson of the Electoral Commission (EC) whose evidence and affidavits portrays her availability for cross-examination

He argued further that, the court’s ruling which made no reference to Section 26 of the Evidence Act cannot be treated lightly against the depositions made by the EC Chairperson.

Mr Tsikata argued that there was a fundamental error of failure on the part of the court to appreciate the constitutional role of the EC Chairperson.

Mr Tsikata argued that the conduct of the EC Chairperson of the declaration she made is at the heart of the matter adding that her conduct was flawed.

He submitted that, what the court stated to distinguish that ruling on February 11, did not reflect the reasons for that decision.

According to him, EC chairperson herself made a “conclusive presumption” that, she was offering herself for cross-examination.

He argued that there was a denial of a fair hearing because both the statutes and legal authorities, were factors of discretion order than what the court said.

Lead Counsel for the 1st Respondent Justin Amenuvor while opposing the application said there has been no fundamental errors that occasioned a miscarriage of justice or exceptional circumstances that should warrant the grant of the request.

According to him, the reliance being placed on Section 26 is misconceived and that no ground has been adduced for which the court has been invited to review its ruling on February 11.

Counsel argued that the review application was an opportunity the Petitioner seeks to have a second byte of the cherry and prayed for the application to be dismissed.

It was the case of Akoto Ampaw, Lead Counsel for the 2nd Respondent Nana Addo Dankwa Akufo-Addo, said the application does not invoke the jurisdiction of the court.

He argued that the application is a classic case of an aggrieved party who was trying to re-argue his case using the backdoor.

He told the court that, the Petitioner cannot seek refuge even if it was true that the application was not grounded on order 38. He said there was an extensive argument including that of the bench and therefore could not suggest he was being surprised.

He said the application is completely unmeritorious and does not satisfy the script of the review application.

Lawyer Ampaw prayed the court to dismissed as an abuse of court process.