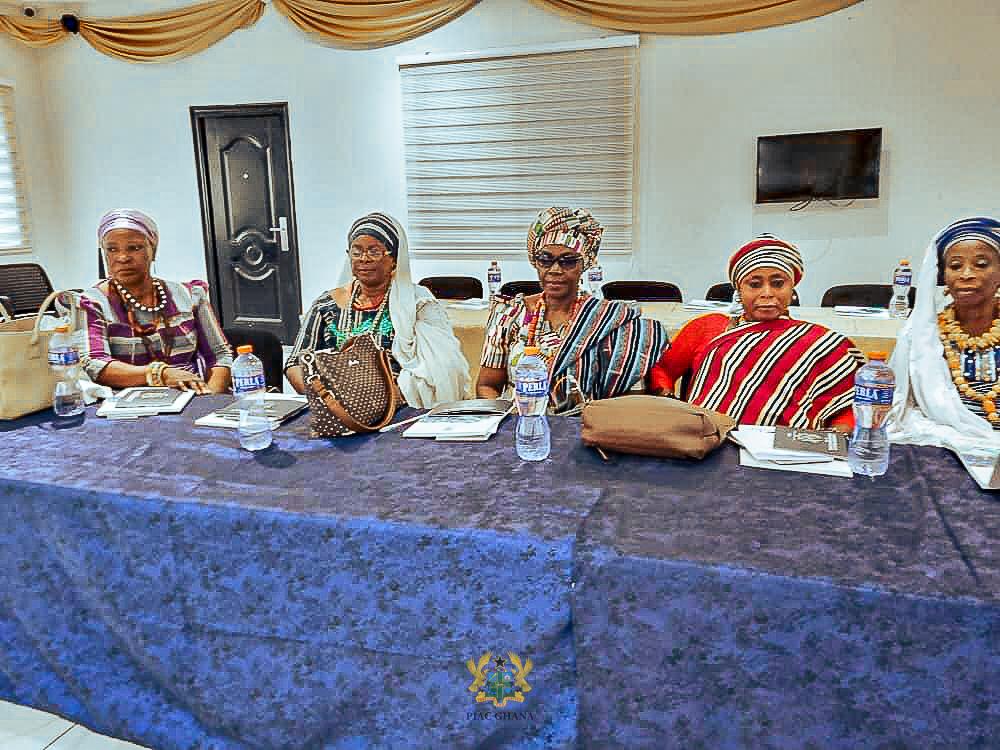 The forum, which is the second of its kind with the Queen Mothers Association of Ghana, and the first with the group in the Savannah Region, was to educate them on the work of PIAC.

It was organised in line with PIAC’s second mandate of providing space and platform for public debate on the management and use petroleum revenues and brought together Queen Mothers from the different traditional councils within the Region.

A video documentary on the 10 years of petroleum production and revenue management in Ghana was shown.

A presentation on highlights of petroleum revenue management since 2011 which extensively focused on oil production, the revenues accrued, and its utilisation, issues arising out of PIAC’s project inspections, public engagements, key findings, and recommendations in the 2021 PIAC Annual Report was presented by Eric Defor, a member of the committee.

He also provided a background to PIAC’s mandate and membership composition.

The Chairman for the forum, Sawlawura Abdulai Idrissu Nugbaso expressed gratitude to the Committee for coming to educate the Queen Mothers on the use of petroleum revenues.

He said the session had been an eye-opener and there was therefore the need to demand accountability from government and its agencies.

The Chairman also advised the Queen Mothers to be involved in PIAC’s activities and follow discussions on the management and use of petroleum revenues, which should benefit all Ghanaians.

At the forum, the representative of the Queen Mothers Association of Ghana on PIAC, Hajia Dr Kansawurche Azara Bukari whose tenure ends this month, was honoured for her diligent service to Ghana.

Recounting her journey with PIAC , the Vice Chairman of PIAC, Nasir Alfa Mohammed indicated that Hajia Dr Kansawurche Azara Bukari was sworn in on 14th December 2018, to serve a two-year term.

Mr Alfa Mohammed added that during Kansawurche’s tenure with PIAC, she served on the Public Affairs and Communications Sub-Committee, and the Finance, Administration and Procurement Sub-Committee where she contributed immensely to the work of these sub-committees leading to the introduction of various interventions to boost the Committee’s work.

She has been active in almost every aspect of the committee’s work, from District Engagements, Project Inspections, and various meetings of the Committee. The Committee is grateful for Kansawurche’s contribution to its work and will forever cherish the time she shared with us.

In response, Hajia Dr Kansawurche Azara Bukari expressed gratitude to her mother association for nominating her to serve on PIAC.

She said her experience with PIAC was different from what she was accustomed to as a health worker.

She therefore took the challenge on and gave off her best during her tenure. She also expressed gratitude to her fellow Queen Mothers for their support.