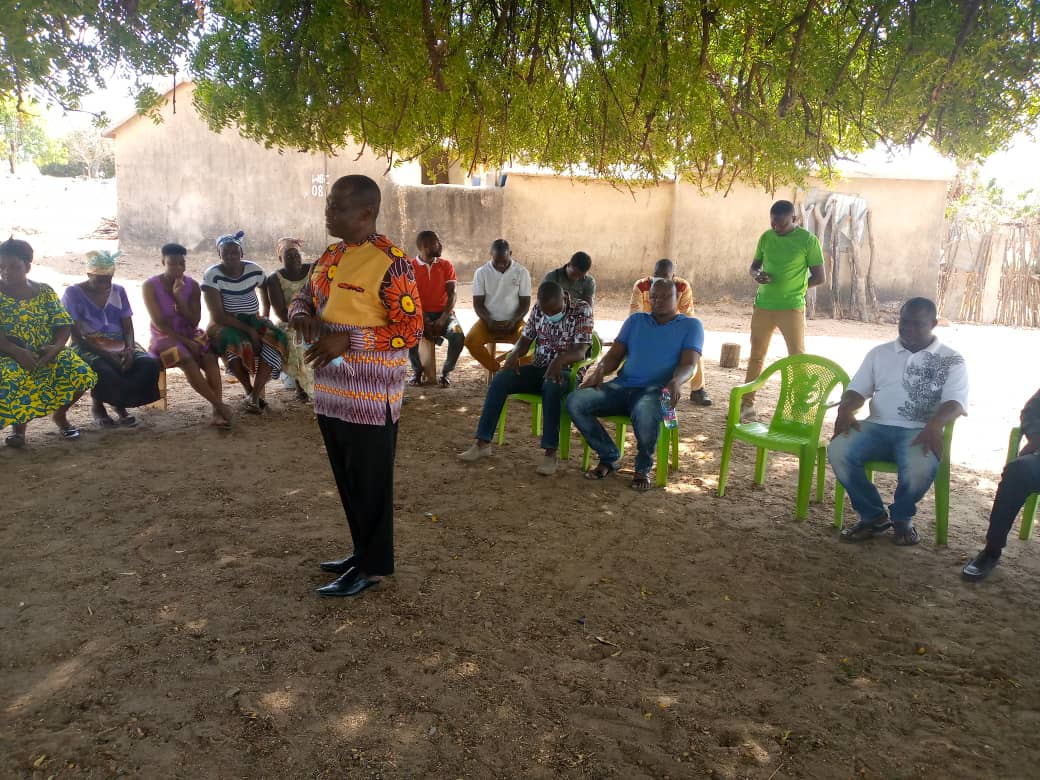 The Member of Parliament for the Chiana-Paga Constituency in the Upper East Region, Thomas Addah Dalu has completed a successful “Thank You” tour in two zones of his constituency.

He toured the Eastern and the Western Zones with the Northern Zone yet to be toured.

During the tour, the MP extended the gratitude of former President John Dramani Mahama, the National Democratic Congress leadership and he himself to the constituents.

Mr Dalu used the occasion to thank the constituents for voting massively for him and the NDC flagbearer John Dramani Mahama in the 2020 general elections.

Mr Dalu assured the constituents that even though the minority approved the president’s nominees against the apparent disapproval of the masses and themselves it was all good for nation building therefore constituents should forgive them (MPs) and rally behind them to succeed.

He assured that they would work together for the benefit of the constituents.

Mr Dalu is a former District Chief Executive of the Kassena-Nankana West District under the Atta Mills-John Mahama’s first administration beat five others in the NDC primaries to win the seat and subsequently defeated the NPP candidate in the 2020 election.

He urged the electorate to stay united and vote massively for the NDC in 2024 to come and correct the wrongs perpetuated by the Akufo-Addo-led government and take Ghana to its promised land.

He asked for peace and unity and, coexistence among the electorate for a better tomorrow.

He therefore appealed to the constituents to support him to deliver on his promises during his tenure.

The people on their part assured him of their resolved support and asked for boreholes, desilting of dugouts, extension of electricity to communities that are not connected to the national grid, construction of CHPS compounds, repair of schools and provision of sheds for sub-chiefs and women and youth groups among others.

The youth requested for footballs, boots, jerseys and other outdoor and indoor game equipment.

Some women groups would be happy if the MP is able to provide them with grinding mills and soft loans for them to embark on trade and farming activities to be able to cater for their children in school as they say the Free Senior High School Programme is not entirely free.

Other demands on the head of the new MP were jobs, fertilizer for farmers, roads, bridges and culverts to make inter-community commuting easier.

The Chiana-Paga Constituency is a humongous area that is very difficult to assess as it comprises of two different ethnic groups-the Nankarese and the Kassena.

From the West Zone is made up of Chiana, Katiu, Nakong and Kayoro who are Kassena people and borders Builsa North District and the  Sissala East District of the Upper West Region.

The Northern Zone which has Paga as the district capital is made up of  Kassena people  with Nakolo, Gwaru, Navio, Kakungu, Babile and Nania Abedi Pele’s hometown among others. It shares boundary with Burkina-Faso.

While the East Zone is made of the Nankare people encompasses the people of  Sirigu, Nabango, Kandiga and Mirigu among others who also share an undeveloped border with Burkina-Faso through Yua and Yelwogo.