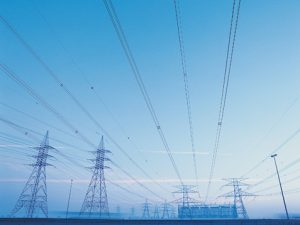 Interacting with Newsfile host, Samson Lardy Anyenini on Saturday, Benjamin Boakye explained that the failure of GRIDCo to invest in capacity banks is costing Ghana $25m per month after reports indicated that only 28 percent of these 944 megawatts capacity banks across the nation in 2020 were functional.

“We are wasting about 2.5 million dollars every month for not fixing those equipment [capacity banks]. That is not something that government has to come and provide money for.

Those are managerial issues that can be addressed from whatever resources they get from the system. $2.5 million wasted for 38megawatts of power that is not consumed but wasted on the gridline because of a 10 million dollar equipment that we have to fix,” he stated.

His comment comes after reports by some energy service providers such as GRIDCo, ECG that recent power outages are due to technical challenges on transmission lines and network substations.

He added that the works being undertaken by GRIDCo to upgrade some faulty transmission lines are responsible for the frequent blackout.

“GRIDCo chose their words carefully when they were engaging the media not to tell the public directly what they are doing is what is causing the problem we are seeing currently. What we are faced with is the failing of existing infrastructure and we shouldn’t confuse that with the development that is happening,” he said.

During a press briefing on April 1, the Ghana Grid Company Limited (GRIDCo) disclosed that faults detected in some transmission and distribution networks have led to recent power outages.

Mr Boakye noted that the relevant stakeholders have failed to optimize the power sector by investing to cater for their own expenses.

According to him, the technical capacity of infrastructure coupled with financial and managerial constraints are challenging the energy sector to deliver power efficiently.

“We have been failing to anticipate rightly and invest the right amount of technical solution that will deliver power efficiently. The generation transmission distribution really depends on how much money is raised when power has been consumed.

We have not been able to optimize the distribution end to be able to raise enough money to finance the value chain. If you check the key projects that GRIDCo mentioned, these are donor projects.

These are handouts. Without these handouts, how would the system be faring two-three years down the line? We are not investing and the power sector is unable to generate the right resource to be able to fund its operations,” he explained.

Regarding managerial issues, he revealed that power theft under the Electricity Company of Ghana (ECG) in the past years has appreciated about 2 percent.

“So people are stealing power and in most cases, they are being aided by ECG’s own staff to do the illegal connection. The ECG cannot pretend not to know that this is happening.

There are instances where you have a business consuming so much electricity and for them to go and pay for the electricity, you have the ECG staff destroy the meter… and you cannot even read what has been consumed over the period. These are managerial problems that have to be addressed otherwise, you will inject as much money as possible and you will not solve the problem,” he added.

Energy Expert Mr Kojo Poku has blamed the problems in the energy sector in Ghana on the Ministry of Finance.

He has therefore asked the general public not to question the Energy Ministry for the issues in the power sector.

His comments come after the Ghana Grid Company Limited (GRIDCo) has served notice that it intends to embark on maintenance work.

There were concerns that this will result in power cuts to some areas of the country but GRIDCo has said it has no intentions of embarking on a nationwide loadshedding programme.

According to the Company, what is being experienced in some parts of Accra are part of a couple of projects to enhance power supply reliability in the Greater Accra Region.

It explained in a statement on Wednesday, March 31 that the ongoing projects appear to have heightened perceptions of impending nationwide power cuts.

“GRIDCo wishes to assure the general public that it has no intention of embarking on a nationwide loadshedding programme,” it stressed in the statement.

Speaking in relation to this development on the Key Points on TV3 Saturday April 3, Mr Kojo Poku said “The Ministry of Finance is the biggest problem in this energy sector but everybody keeps going to the Ministry of Energy. The Mines and Energy Committee I am surprised that they are asking the energy ministry.

“They constituted another Committee led by Deputy Minister Charles Adu Boahen and as I speak today we have not gotten to the conclusion of the exercise. So it is a problem where the technical people will do one thing and the Ministry of Finance will do another thing.”

For his part, the Executive Director of the African Centre for Energy Policy (ACEP) Mr Ben Boakye noted that Ghana is currently facing critical issues of efficiency in its power transmission system.

He explained that the issues bother on technical, financial and managerial which must all be addressed concurrently, “otherwise we are not going to be able to fix the problems.”

He said these also on the Key Points while contributing to discussion on planned maintenance work to be done by the Ghana Grid Company Limited (GRIDCo).

Mr Boakye explained to host Abena Tabi that in the power sector, “we have transmission and distribution. If you generate power and you can’t transmit, the power sector is not complete.

“If you transmit and you cannot distribute for the consumer to use, you have no power system.

“Over the years, when we had crisis we have focused so much on generation and brought even more than we can consume as a country and we ignore the essential improvements that we need to do in the transmission and then distribution of electricity. That is why we are where we are because we have not invested.”

He added “The financial component is also critical. How you financed development across the entire network to ensure that they can be stable, they can be efficient and deliver power when needed. We are facing critical issue of efficiency in our transmission system as well.

“The bottom line clearly is that the ingredients to the challenges in the power sector hasn’t changed. it remains technical, it remains financial and managerial and we have to address all these concurrently, otherwise we are not going to be able to fix the problems. “