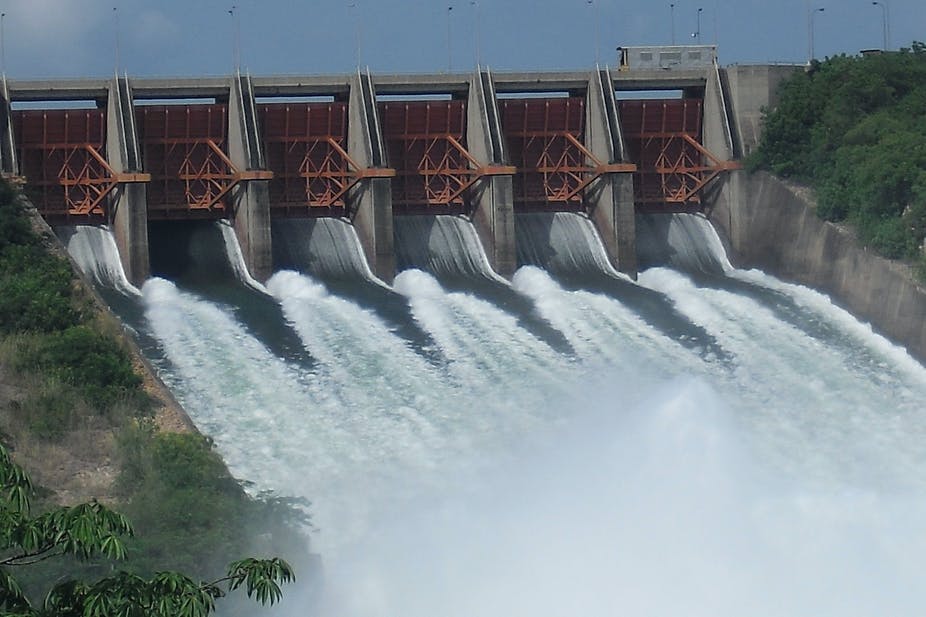 Accra, Ghana//-The Institute for Energy Security (IES) analysis of Ghana’s power sector data reveals that there would be significant demand for electricity in 2023, with electricity from hydropower sources posting significant growth in 2023 to meet the country’s expected electricity demand growth.

Although the Institute expects bulk of the capacity generation for 2023 to come from thermal sources if natural gas supply is sustained and planned plant maintenance schedules is strictly adhered to, IES’ analysis shows that for 2023, hydropower generation sources may produce the biggest growth in the energy mix.

With improved water-head levels, hydropower generation is estimated to produce close to 38percent of 2023 capacity, should hydro-electric have dispatch priority over thermal in the generation mix.

Data from Akosombo and Bui hydro-electric generating stations (GS) indicate elevations at the beginning of 2023 are in a better positions to produce more electricity than the thermals, compared to previous years.

Bui’s water elevation is expected to help produce more megawatts to meet increasing electricity demand at particularly peak hours, and extended mega Vars to support voltage on the grid and help reduce transmission losses, if dispatched conservatively throughout the year.

With a year-start Akosombo water level elevation of 83.10 metres (272.66 feet), it is estimated that total energy production from Akosombo GS could fall between 7,500 and 8,000 gigawatt hours (GWh) for 2023, with the Kpong GS producing roughly 990 GWh of electricity over the period.

Also, Bui GS’ year-start elevation of 178.99 metres above sea level (masl) is enough to possibly produce an estimated 1,056 GWh of electricity in 2023.

Should Bui and Akosombo hydro-electric facilities be dispatch conservatively throughout the year, they may not draw down close their minimum operating levels (MOL) to affect the sustainability of operations this year, and for subsequent years in the likely event of low inflows.

In spite of IES’ anticipation in growth from hydropower generation, the Public Utility Regulatory Authority (PURC) in its recent tariff review used an assumption of 26.11percent and 73.89percent for hydro and thermal respectively, in the electricity generation mix for 2023.

That assumption to the IES, amounts to given priority to thermal power generation over hydro, given that water elevations for Bui and Akosombo generating stations (GS) have improved, and capable of producing more power in 2023 than in previous years.

It is the view of the IES that the PURC would not get it wrong in its assumption if its modelling is guided by both past and present events. Analysis of past industry data, anticipated electricity consumptions, available generation capacities et cetera, may provide a high degree of accuracy for PURC’s energy mix assumptions for the recent tariff review.

A study of the table below will provide a fair idea of the potential of hydropower in the generation mix for 2023.

For instance in 2019, Akosombo and Bui Generation Stations had a year-start water elevations of 79.81 metres and 176.97 metres above sea level respectively. At those elevations, Akosombo and Bui were able to produce 5,366 GWh and 1,044 GWh respectively to contribute to a total hydropower generations of 7,252 GWh, representing 40percent of the total power generated for that year.

It must be noted that although the year 2019 is on record to be one of the years with the lowest year-start elevation compared to subsequent years, yet that year is recorded as contributing the highest in the energy mix in recent times, generating 7,252 GWh from Akosombo, Kpong, and Bui GS.

It is also on record that in the year 2019, Bui had a cause to spill excess water in October when levels rose close to the maximum operating level (MOL) of 183 masl, even though the year-start elevation was low compared to subsequent years.

Akosombo in 2019 operated up to 4 units (out of the 6 installed units) during the off-peak period and up to 5 units during the peak period, with the plant sometimes running more units than planned as a result of unavailability of some thermal generating facilities.

In 2020 the 3 hydropower facilities contributed 37percent of power generated, with a year-start water level elevations of 80.70 m and 180.37 masl for Akosombo GS and Bui GS respectively. For 2020, hydro was projected by the Energy Commission to generate 6,897 GWh of electricity, yet at the close of the year the total hydro generated for 2020 was 7,293 GWh.

Also in 2021, year-start water elevation for Akosombo and Bui was recorded as 81.60 m and 172.16 masl. Though these elevations were lower compared to 2023 elevations, Akosombo, Kpong, and Bui were able to contribute 35percent generation to the mix, with 5,557.2 GWh, 972.5 GWh and 991.2 GWh of electricity from Akosombo, Kpong and Bui GS respectively.

The year 2022 started with water elevation of 82.04 m and 177.58 masl for Akosombo and Bui respectively. At these water levels, it was estimated by the Energy Commission that Akosombo will generate a total of 5,513.3 GWh in 2022, while Bui was projected to produce 894 GWh for the year, at an average of two (2) units.

Although the Kpong GS was projected to have all four (4) units in service in 2022, it was however expected to generate 986.7 GWh in the year. In IES’ estimation hydro can generate a total of 7,690 GWh of electricity, representing 33percent of total 23,579 GWh (provisional) for 2022.

On the back of these past records and the improved water elevations for both Akosombo and Bui, the IES anticipate that the Akosombo GS can run 6 units for the greater part of the year to generate 7,587 GWh of electricity in 2023.

The IES have also taken note that the Akosombo reservoir year-start elevation of 83.10 m is very high, about 0.6 m below the Upper Rule Curve of 83.72 m (274.69). This level poses a risk of spilling of water from the reservoir if very high inflows is recorded in the year.

The confidence level for IES estimations remain high since there is presently no indication that 2023 seasonal inflows would be poor. Neither are there records to show that some of the hydropower facilities may be out for service, for an extended period of time.

The IES urges the PURC and the Energy Commission to take seriously the demand-consumption assumptions and the effects of out-turn of the projections on cost and planning, since too many a times the deviations are found to be wide.