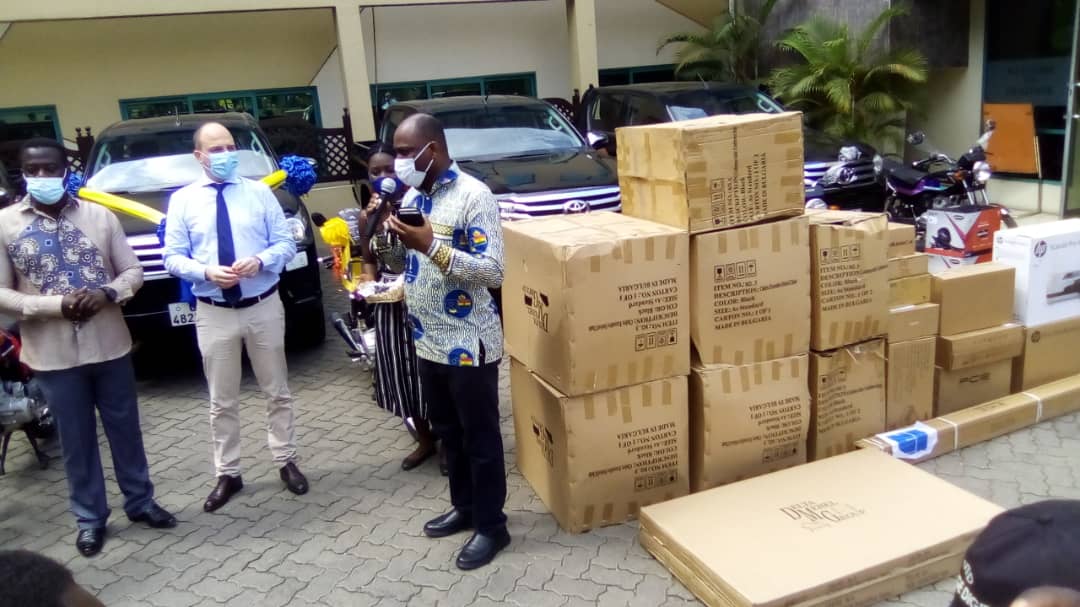 Accra, Ghana//-The European Union (EU) has distributed logistics and vehicles to government agencies under the Ghana Employment and Social Protection (GESP) programme worth about €1.9 million to public institutions to enhance service delivery.

The items include 15 Toyota Hilux pickups, 98 motor bikes, office desks, tables and Information Technology equipment meant to scale up government machinery and business development services at the district and national levels in the country.

Others were the Association of Ghana Industries (AGI), the Centre for Social Policy of the University of Ghana, School of Social Works (SSW) and the Institute of Government Studies.

Speaking at the handover ceremony in Accra, the Head of Operations with the European Union (EU) delegation to Ghana, Zoltan Agai said the support from the EU is geared towards improving service delivery for public institutions in the country.

He said the presentation would support the implementation of polices in line with employment, finance and business development in an effective and efficient manner.

Mr Agai also indicated that the COVID-19 pandemic have challenged institutions to support vulnerable groups, adding that the GESP programmes have contributed immensely to such programmes.

The Head of the National Authorisation Office of the Ministry Finance, Ebenezer Nortey said the country received €75 million under the 11thEuropean Development Fund for scaling up the operations of employment and social protection.

According to him, the support will help in the promotion of jobs creation as well as social protection for the vulnerable groups and roll out employment opportunities particularly the youth.

“The items presented will play a key role under the GESP and will facilitate the various roles expected from the said institutions”, he added, saying government had expanded social protection interventions and introduced ones to address poverty.

The beneficiary institutions thanked the European Union for the equipments and promised to use it for the intended purpose to the benefit of the vulnerable in the society.