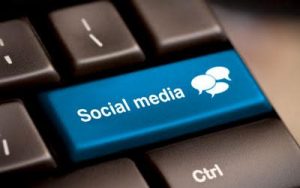 Four of the world’s biggest tech platforms have worked with the Web Foundation to adopt a bold set of commitments to tackle online abuse and improve women’s safety on their platforms, marking the first time there has been cross-industry collaboration on ways companies can address the issue.

Announced at the UN Generation Equality Forum in Paris where global leaders are meeting to advance women’s rights, these commitments are a critical step forward in tackling widespread online abuse that affects millions of women around the world and poses a growing threat to progress on gender equality.

The statistics are stark: 38% of women globally have directly experienced abuse online. This figure rises to 45% for Gen Zs and Millennials. For women of colour, for Black women in particular, for women from the LGBTQ+ community and other marginalised groups — the abuse is often far worse.

The consequences can be devastating, causing mental and physical harm, silencing women’s voices, and delivering an economic blow to those who rely on tech platforms for their livelihoods.

By adopting these commitments, the four companies have pledged to build solutions that address two priorities women have said are critical for their safety: improved reporting systems and more control of their experiences on tech platforms.

These may include features that let users better manage who can engage with their posts and more options to filter certain types of content, as well as strengthening reporting systems so users can track and manage reports of abuse.

This is a huge threat to progress on gender equality. With their resources and reach, these four companies have the power to curb this abuse and improve online experiences for hundreds of millions of women and girls.

Now, they’ve had the chance to work together with leading experts from different sectors to co-create solutions that can lead to real, industry-wide change. The commitments they’ve made today should be celebrated as a major win and act as a springboard for companies to tackle abuse against women as a top priority.”

These commitments were developed as part of a 14-month collaboration, convened by the Web Foundation, where 120 experts from tech companies, civil society, academia and governments from over 35 countries co-created solutions and prototypes to tackle online abuse.

This work directly involved women who have faced online abuse, including activists, politicians and journalists, who shared their experiences and took part in developing solutions.

UK Parliamentarian Dawn Butler participated and spoke about how online abuse led to threats of violence: “As a Black female politician, I am subjected to more abuse than my white female counterparts. When this abuse comes, it is to silence my voice.

I refuse to allow that to happen, but the level of the abuse has forced me to close my office as I could no longer guarantee the safety of my team. At one point, the abuse got so bad that a member of my staff bought themselves a stab vest as a means of protection”.

Arzu Geybulla discussed the impact of abuse on her role as a reporter: “My reputation as a credible journalist was being put on the line – the harassers were questioning and discrediting my reporting by spreading false information”.

As the inaugural project of the Web Foundation’s Tech Policy Design Lab, this marks a new approach in how tech companies respond to major challenges, engaging with an open, collaborative process where the experiences of those most impacted are at the centre of designing solutions.

The announcement came as an open letter, addressed to the CEOs of the four companies, was sent from hundreds of prominent women across six continents, who recognised the steps taken and made clear the firms will be held accountable for their commitments: “They should be seen as a promise to women and girls around the world that you will decisively deal with the abuse that they are subject to on your platforms.”

Underlining the enormous influence these four platforms have on the online experiences of billions of people — which reverberate in their lives offline — the signatories urged the CEOs to follow through on their commitments so that their platforms prevent, rather than fuel, online abuse.

It said: “As you work towards these goals, we’ll be watching: we will recognise when you make progress and hold you to account when you don’t”. Pointing to the commitments and prototypes, the letter tells the companies: “You have the way. Now show the world that you also have the will.”

Emily Sharpe, Web Foundation Director of Policy said: “With today’s announcement, these companies have established themselves as leaders in the fight against the abuse of women online. This collaboration has shown the promise of smart, evidence-led change in tech that is open and connected to people’s real online experiences.

We’ll be tracking these companies against the commitments they’ve made and will publish annual reports showing their progress. Now, we expect other companies to join these four and step up to the challenge.”