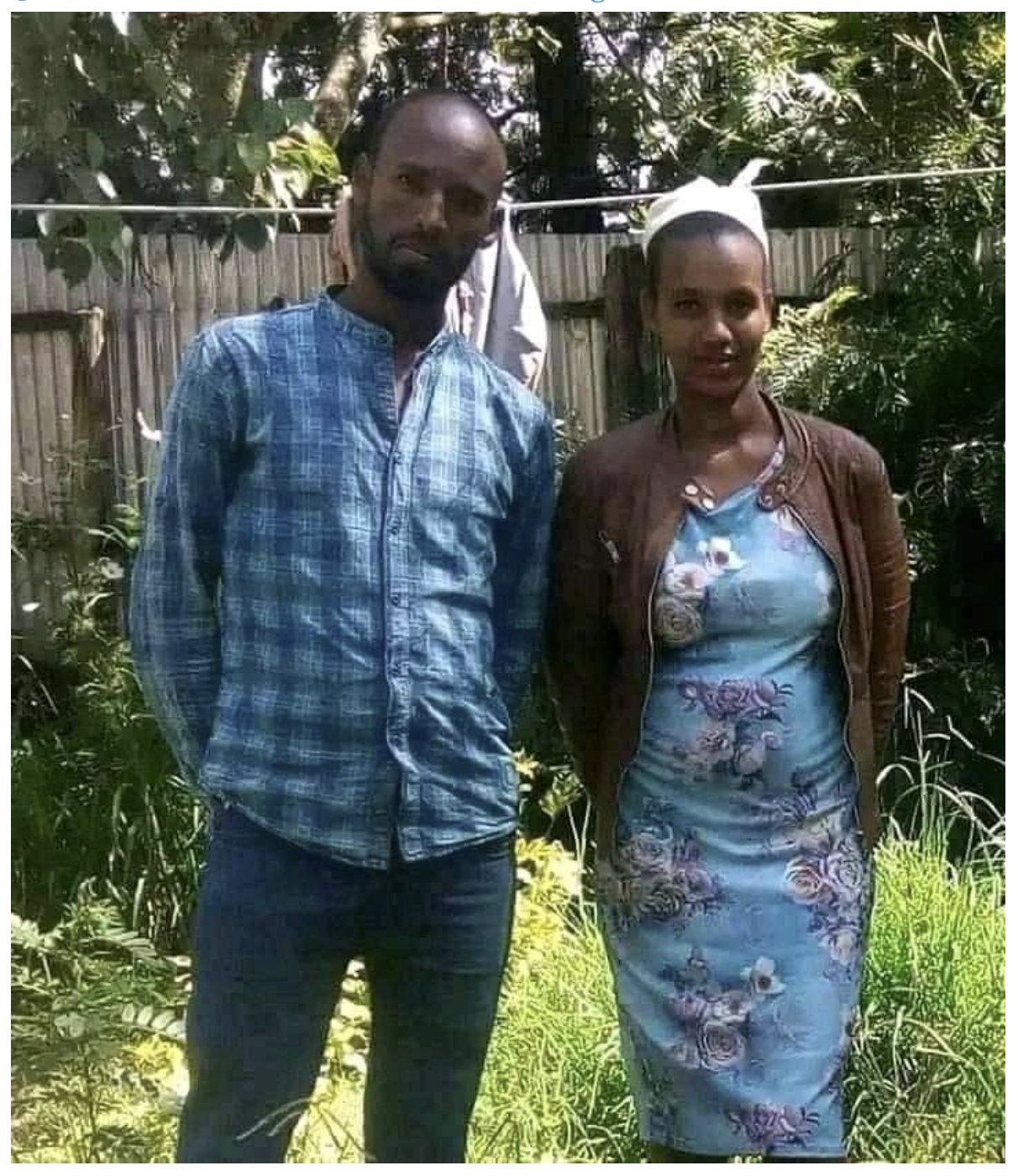 Ethiopia//-The Oromo Legacy Leadership and Advocacy Association (OLLAA) has called on the international community, including the US, UK, EU and African Union, to undertake an urgent investigation into human rights abuses in the Ethiopian region of Oromia

This follows the extrajudicial execution of a pregnant woman Genet Birri and her husband Getachew Kisi, at a wedding in Kachise, West Shewa Zone, Ethiopia, by members of the Ethiopian National Defense Force (ENDF) on 6 May 2022. Mrs Genet was seven months pregnant with their third child at the time of her execution.

It was reported that a group of ENDF soldiers first tried to find the couple at their home in Kachise but discovered they were attending a relative’s wedding nearby.

The soldiers reportedly then arrived at the wedding venue and began firing at Mr Getachew. Onlookers say that Mr Getachew tried to use his body to protect his wife and his unborn child, but the soldiers continued firing and shot the pair multiple times. Mr Getachew was pronounced dead at the scene, while Mrs Genet died from her injuries around an hour later.

Mrs Genet and Mr Getachew, who were in their thirties and the parents of two young children, were employed as school teachers in the small town of Kachise.

The killing of this young couple is the latest instance in a long line of human rights abuses committed against the Oromo people, in Ethiopia, including extrajudicial killings, incidents of torture, arbitrary arrests and the indefinite imprisonment of politicians and activists.

In addition to the investigation into human rights abuses and violations of international law, OLLAA is urging international diplomats to use their available tools to facilitate an inclusive dialogue for all Ethiopian parties and ethnic groups.

The Oromo people, of which there are over 35 million in Ethiopia, represent an oppressed indigenous majority, whose civil rights must be restored if there is to be long-term peace in the country and stability in the Horn of Africa.

Mr Getachew and Mrs Genet, like countless Oromo people throughout Oromia, were targeted by the ENDF due to their purported connections to the Oromo Liberation Army (OLA).

In this case, it was claimed that they had relatives in the OLA. Like so many other cases, they were not charged with any crime, or afforded their rights to due process and a fair trial. Instead, they were unlawfully executed, leaving their two young children orphaned.

Seenaa Jimjimo, the Executive Director of OLLAA, said: “For too long, the Oromo community has been subjected to continuous human rights abuses at the hands of Ethiopian security forces, who have committed these acts with impunity.

The egregious execution of this young couple is the latest example. The Ethiopian authorities must immediately stop these killings.

OLLAA is calling on the international powers and human rights organisations to immediately open investigations into human rights violations against the Oromo and other indigenous communities in Ethiopia.”

Since late 2020, significant international attention has been directed to the ongoing civil war in the northern Ethiopian region of Tigray and the ensuing humanitarian crisis.

As a result, the ongoing Oromo civil rights struggle and the persecution of ethnic minorities in Ethiopia is an issue that is rarely discussed in international media or policymaking circles.

OLLAA, a nonprofit advocacy organization that aims to empower Oromo communities, has a vision for Ethiopia that is peaceful, federal, democratic and multiethnic.

However, to achieve long-term peace and stability, the human and civil rights of the Oromo people, the largest ethnic group in Ethiopia, must be respected. Ultimately, the road to peace in Ethiopia goes through Oromia.