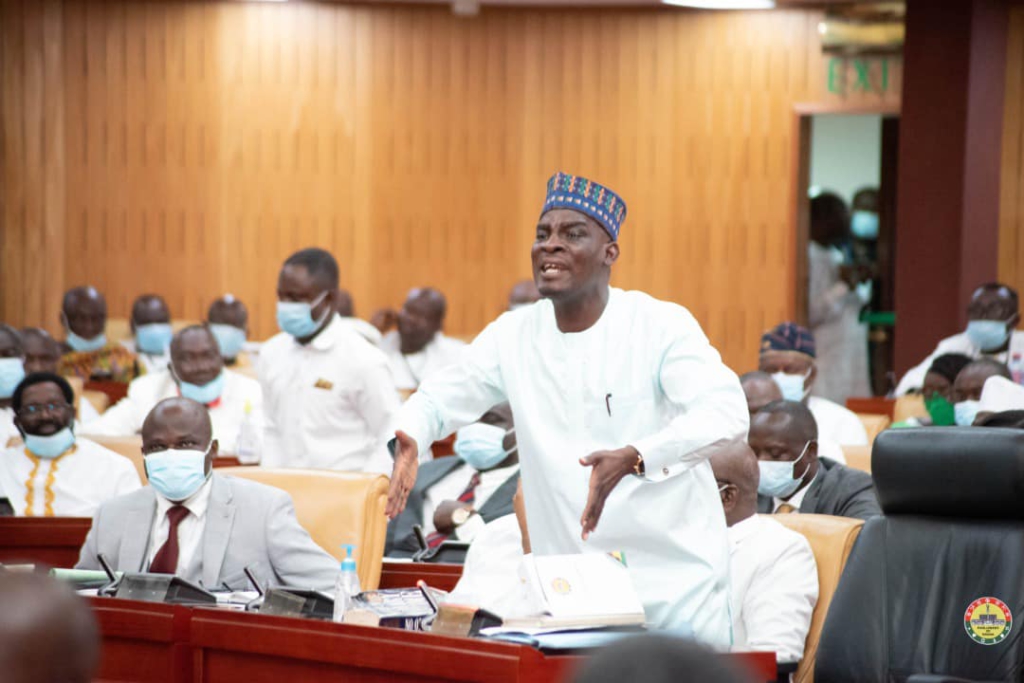 Accra, Ghana//-Ghana’s Minority MPs in Parliament today say that the government’s accounts on the Covid-19 expenditures are contradictory.

According to the Caucus, President Akufo-Addo and the Finance Minister have given different figures in relation to how much has been spent on the pandemic.

Contributing to discussions on the presentation by the Finance Minister in Parliament on Wednesday, June 22, the Minority Leader, Haruna Iddrisu notes that the contradiction is unpardonable.

Haruna Iddrisu said either the President or the Minister is not being truthful to Ghanaians.

For his part, a former Deputy Minister of Finance, Dr. Casiel Ato Forson called for a thorough probe into the expenditures.

“We cannot sit here and say the Minister of Finance should be the only one accounting for the COVID amount. The Minister responsible for Finance is only a conduit for releasing the money. But the monies were spent at various MDAs,” the Ajumako-Enyan-Esiam MP said.

President Akufo-Addo during the State of the Nation address on March 30, disclosed that over a GH¢17billion has been spent to contain the spread of the COVID-19 pandemic in the country since 2020.

At the time, he said, the decision to prioritize the saving of lives when the pandemic struck Ghana in March 2020 was paramount.

“In all, data from the Ministry of Finance tells us that an amount of GH¢17.7 billion (or 4.6% of GDP) has been spent in containing the pandemic since 2020″.

However, addressing Members of Parliament on the Covid-19 expenditure in 2020 and 2021, Wednesday, Ken Ofori-Atta said an amount of Gh¢1,203,715,085.77 from the Contingency fund of Government was used to finance the Covid-19 Alleviation Programme in 2020.

He thus debunked claims that the government has not been transparent with its COVID-19 expenditure.

“Mr Speaker, at this juncture, I wish to dispel the notion that there have been inconsistencies in government data on Covid-19. The President intimated during that State of the Nation Address on March 30, 2022, that we had mobilized about Gh¢17.7 billion since 2020 to fight the pandemic.

Meanwhile, the Speaker of Parliament has ordered the committees of Finance and Health to thoroughly probe the Covid-19 expenditures by the government.

Rt. Hon. Speaker Alban S.K Bagbin said this has become imperative to clear all “lingering doubts” on the matter.