Black Stars Head Coach C. K Akonnor has named a 29-man squad for the 2021 Africa Cup of Nations qualifiers against South Africa and Sao Tome and Principe. The team is a mixture of home based and others who play abroad. 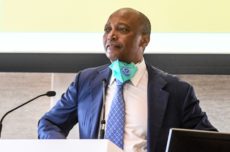 For one weekend only, starting on Saturday 13 March, sport-loving DStv customers subscribed to Family and Access packages will be able to stream all Supersport channels on the DStv App at no extra cost.

Zurich, Switzerland//– President Infantino addresses special event on safeguarding sport from corruption and crime; FIFA (www.FIFA.com) protecting “not just football and its institutions, but also the very people that practise the sport”. 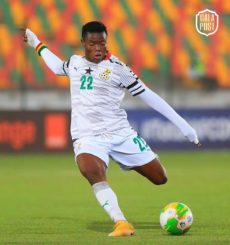 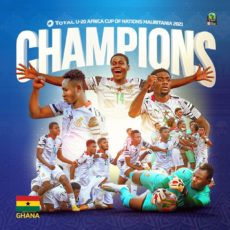 Black Satellites today put up one of the best displays of the 2021 U-20 Africa Cup of Nations (AFCON) to overcome Uganda 2-0 to clinch the Cup on the nation’s 64th Independence Day celebration. 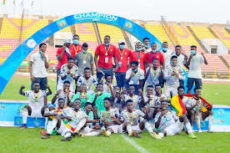 Ghana today won a fourth CAF U20 Cup of Nations title on Saturday, 6 March 2021, after defeating Uganda 2-0 in the 2021 final held in Mauritania.

“What am I going to do in football?”, Patrice Motsepe wondered aloud.

Percious Boah scored a super delicious freekick in the 33rd minute to hand Ghana a 1-0 win over the Gambia at the Olympic Stadium in Nouakchott.

Boxing’s number one star, Canelo Alvarez, makes his return in Miami on Sunday dawn (28 February) and it’s all live for DStv viewers.