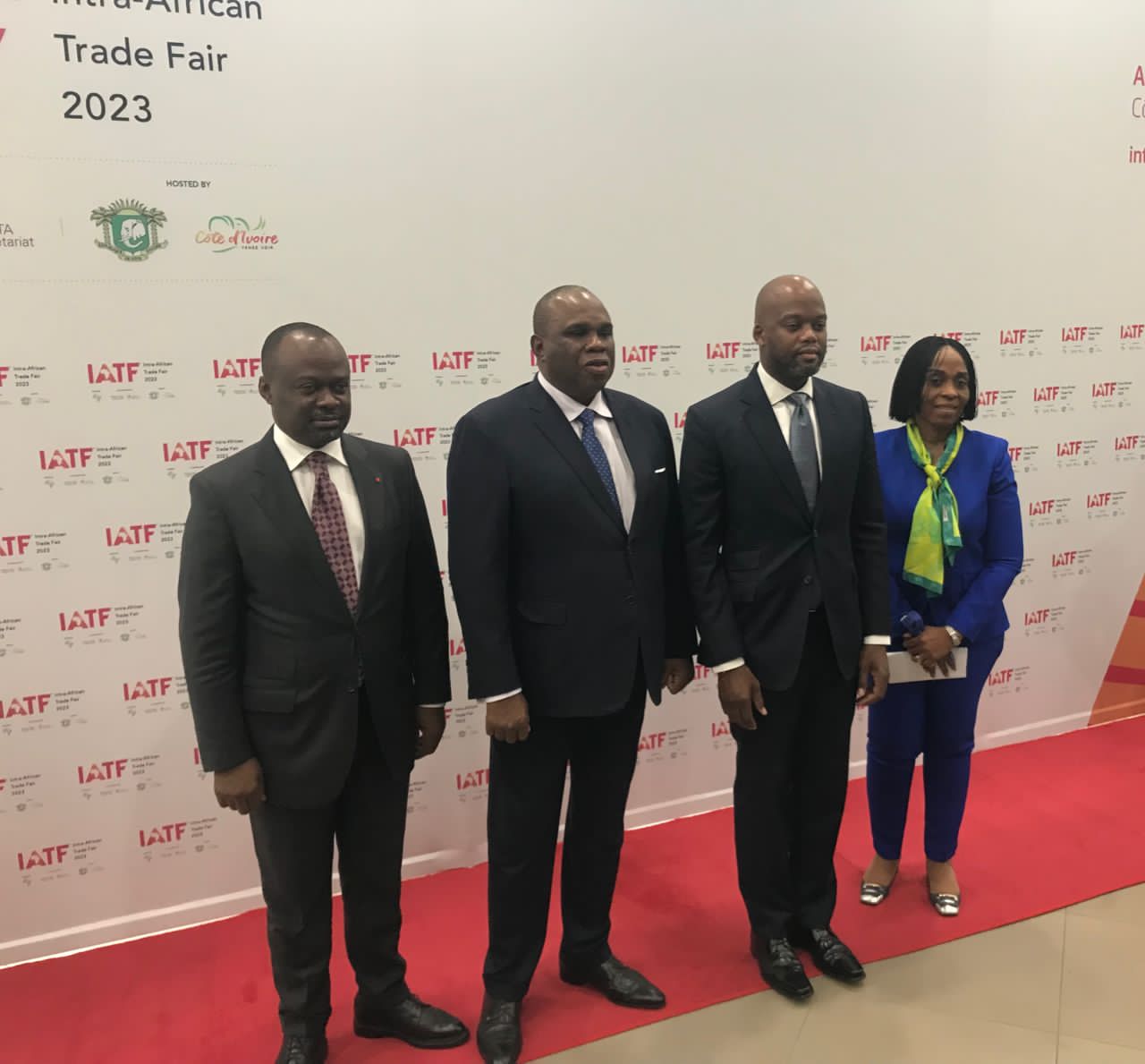 Accra, Ghana//- Key figures from the world of trade, including entrepreneurs, financiers, business leaders, governments and regulators will ‘storm’ the commercial city of Abidjan,  Côte d’Ivoire for the Intra-African Trade Fair (IATF2023).

The largest gathering of business leaders, governments, regulators among others will deliberate on trade acceleration and investment throughout the African continent.

Organised by the African Export-Import Bank (Afreximbank) in collaboration with the African Union (AU) and the African Continental Free Trade Area (AfCFTA) Secretariat, IATF2023 which is the third edition looks promising.

Although the exact date of the event is yet to be made known, it is likely to come off in November 2023.

Speaking at a press launch in Accra to announce the opening of registrations for the (IATF2023), former president of Nigeria and chair of the IATF Advisory Council, Olusegun Obasanjo, said the IATF2023 promises to be better than the 2021 edition which was held in Durban, South Africa.

He there used the occasion to urge all businesses, exhibitors, and others to register for the upcoming IATF2023.

On her part, the Managing Director, Intra-African Trade Initiative at the Afreximbank, Mrs Kanayo Awani, added that the IATF2023 would provide another unique and valuable platform for businesses to access an integrated African market of over 1.2 billion people with a combined GDP of over $3 trillion created under the AfCFTA.

Taking inspiration from the miraculous performance of the IATF2021 where a whopping $42.1 billion of trade and investment deals were concluded, she was confident that the Abidjan event would record higher deals than the previous one.

The IATF2023, according to Mrs Awani was expected to attract over 10 thousand attendees from across Africa, over 30 thousand conference delegates, and over 1 thousand exhibitors, showcasing their goods and services.

Commenting further on the activation of the IATF2023, the Head of Trade Facilitation, Intra-Africa Trade Initiative of the Afreximbank, Dr Gainmore Zanamwe, noted that Business-to-Business and Business-to-Government exchanges provide opportunities for further deals, business matchmaking and networking.

The IATF2023 conference like the others will also be taking a deep dive into a number of thematic areas, with additional networking and conference facilities in each of the following vertical areas:

The Creative Africa Nexus (CANEX) would provide a platform for Africa’s creative and cultural sectors to connect with policymakers, prominent investors, and thought leaders in the creative sector, Dr Zanamwe added.

The IATF Automotive Show is expected to showcase Africa’s dynamic automotive sector, encouraging the continent’s car and car equipment manufacturers, assemblers, and component suppliers to exhibit their products and find out more about other businesses and market opportunities.

While the dedicated Country Days, he noted would allow participating countries to showcase trade and investment opportunities, as well as any tourism and cultural attraction.

For instance, during the IAFT 2021, South Africa which was the host country kicked off on Day One, followed by Egypt on Day Two, Cote d’Ivoire on Day Three and Nigeria on the fourth Day.

Similarly day opportunities will be given to the host Cote d’Ivoire and other participating countries in the weeklong event.

Touching on looking forward to hosting the IATF2023, the Ambassador of Cote d’Ivoire to Ghana and Togo, Tiemoko Moriko, assured that his country was committed at hosting a successful IAFT2023 and urged business, exhibitors, among others to register for the event.

The President and Chairman of the Afreximbank, Professor Benedict Oramah reiterated that the participation of the IAFT is voluntary. But the African Union Commission is working at making it mandatory in the near future.

He revealed that some nine African countries did not part in the IATF 2021 due to COVID-19 restrictions. Prof Oramah was hopeful that 55 African Union states would participate in the IATF2023.

For the Secretary General of the AfCFTA Secretariat, Wamkele Mene, the IAFT is key in the promotion of intra-Africa trade which is critical for the provision of jobs for the youth.