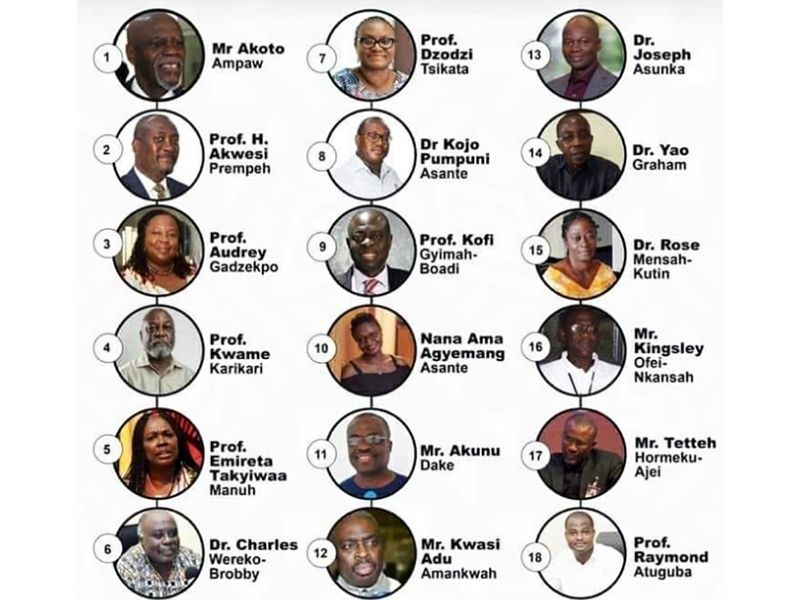 Accra, Ghana//-The Member of Parliament for Ningo-Prampram, Sam Nettey George, has exposed the eighteen academics and lawyers who are opposing the passage of the ‘Promotion of Proper Human Sexual Rights and Ghanaian Family Values’ Bill into law.

The private member’s Bill, which is currently before Parliament, seeks to criminalise LGBTQI+ activities.

The group of academicians and lawyers claim the bill in its current form infringes upon the fundamental human rights of LGBTQI+ persons and can also lead to unnecessary attacks on them.

According to the group, the Bill should be rejected by the Parliamentary Select Committee on Constitutional, Legal and Parliamentary Affairs, and by Parliament as a whole, because it is at variance with the human rights provisions in the 1992 Constitution of Ghana.

But speaking on Joy FM’s News file programme in Accra over the weekend, Sam George contended that the academicians and lawyers had not properly read the bill before starting the advocacy to get it withdrawn.

To the Ningo-Prampram Legislator, if they had clearly read the whole Bill, they would not be raising issues that had already been catered for by the Bill.

Sam George told listeners of the programme, which also had Prof Audrey Gadzekpo, one of the opposers of the Bill, who joined via zoom, with her face not shown on the television screen, that the bill has clauses on the protection of the fundamental human rights of those who practice the act.

Sam George said the above clauses indicate that no one has the right to manhandle an alleged LGBTQI+ person since they could spend up to three years in prison.

“…This means that if this bill was law, the person who manhandled the person who was alleged to have been involved in homosexuality would have questions to answer under this law.

They could face up to between six months to three years in prison. This bill provides proper justification for why we must end the extra judicial treatment,”Mr George said.

“What part of the 1992 constitution is this bill attacking? This bill supports the 1992 constitution because the constitution provides for a fair trial for every accused person before a competent court of jurisdiction,” he argued and advised the opposers of the bill to take time to read the document thoroughly and understand it, so that they can explain things to those they seek to protect.

“You need to read the bill to understand well else you run around with all sort of misinterpretations and misrepresentations.”

Another panelist on the programme, Sylvester Tetteh, MP Bortianor–Ngleshie Amanfro and Vice Chairman, Communication Committee of Parliament was supportive of the‘Promotion of Proper Human Sexual Rights and Ghanaian Family Values’ Bill and assured that it will get a landslide and overwhelming vote from parliamentarians.

The memo of the G-18 is basically asking Parliament to reject the bill.The explanation the group offered with regards to their position was that the bill is a major step backwards for democracy, protection of minorities and of fundamental human rights in Ghana.