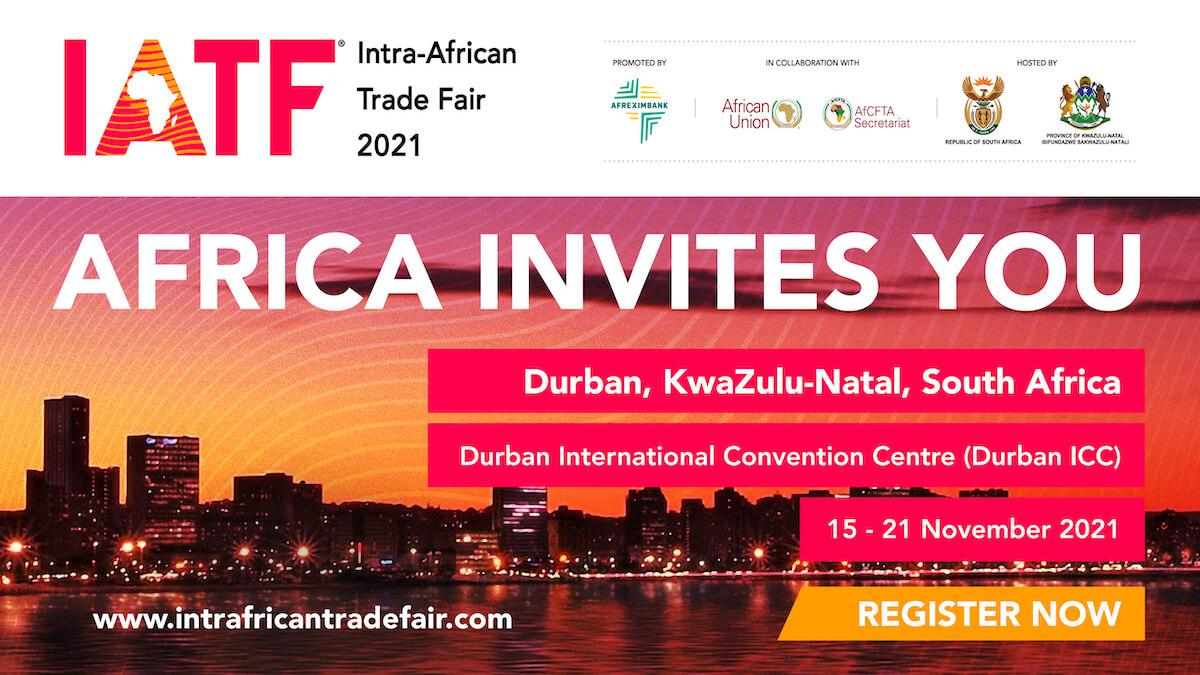 Luanda, Angola// – The promotional tour of the second Intra-African Trade Fair (IATF2021) stopped yesterday in Luanda, Angola, where the organisers met with the business community and government representatives to raise awareness and encourage participation to the trade fair.

Organised by the African Export-Import Bank (Afreximbank) in collaboration with the African Union (AU) and the African Continental Free Trade Area (AfCFTA) Secretariat, IATF2021 will take place in Durban, KwaZulu-Natal, South Africa, from 15 to 21 November 2021.

In her opening remarks, Mrs Kanayo Awani, Managing Director of Afreximbank’s Intra African Trade Initiative, highlighted that IATF2021 was a unique opportunity for Angola to communicate its trade opportunities.

“While intra-African trade remains low, Angola has the natural resources to become one of the leading agricultural countries in Africa, as its diverse and fertile ecology is suited for a variety of crops and livestock,” said Mrs Awani.

“The Intra-African trade fair provides a unique opportunity to communicate these opportunities to the world, crowd in investments into these sectors and ensure that Angola emerges as a leading trading nation concomitant with its economic size and resource base.”

IATF2021, a 7-day trade show, is expected to attract more than 1,000 exhibitors, more than 10,000 visitors, buyers and conference participants from all 55 African countries and the rest of the world. More than US$40 Billion in trade and investment deals are expected to be closed.

“We therefore call upon the Government of Angola and private sector associations to provide support in terms of mobilising Angolan businesses including women in business and SMEs to participate in all the IATF verticals including the Exhibitions, B2B & B2G, Country Day Programme, Trade and Investment Forum, IATF Virtual, Automotive Forum, Creative Africa Nexus Programme, and the Youth Start Up Programme,” Mrs Awani told participants at the roadshow in Luanda.

Calling upon the Angolan business community to participate in IATF2021, Hon. Amadeu Leitão Nunes, Angolan Secretary of State for Trade and Industry, said that the Intra-African Trade Fair was an important mechanism for the internationalisation of African companies.

“The Intra-African Trade Fair is indeed an important showcase for our companies, products and services, but it is also an opportunity to establish new partnerships and attract qualified investment that our country so desperately needs,” he said.

“The Ministry of Industry and Trade is at the disposal of national companies and entrepreneurs in this internationalisation process, as we believe that the well-being and prosperity of our people depend on a strong and competitive business community.”

The IATF2021 Roadshow in Luanda featured a panel discussion under the theme: ‘Promoting Angola-Africa Trade and Investment relations in the Context of the Implementation of the African Continental Free Trade Area (AfCFTA)’ with the participation of Mr. Vicente Francisco Soares, President of the Chamber of Commerce and Industry of Angola; José Chinjamba, representative of the Angola Private Investment and Export Promotion Agency (AIPEX); Mr. Humphrey Nwugo, Afreximbank’s Chief Operating Officer for the Southern Africa region; Guilherme Mampuya, a renowned Angolan Plastic Artist; Gesio Bartolo, CEO of AAJP, the Angolan Association of Youth Producers and Emerson Paim, CEO of Kubinga, an Angolan Start Up that launched a ride-hailing mobile application.

The roadshow attracted over 130 participants. Prior to Angola, IATF2021’s promotional tour stopped in 9 other cities across the continent.

The first edition of the Intra-African Trade Fair took place in 2018 in Cairo, Egypt. It attracted over 2,500 conference delegates and over 1,000 exhibitors from 45 countries and resulted in over $32 billion worth of trade and investment deals.

IATF20218 was credited by the AU as the first deliverable of the AfCFTA even before the Agreement entered into force.