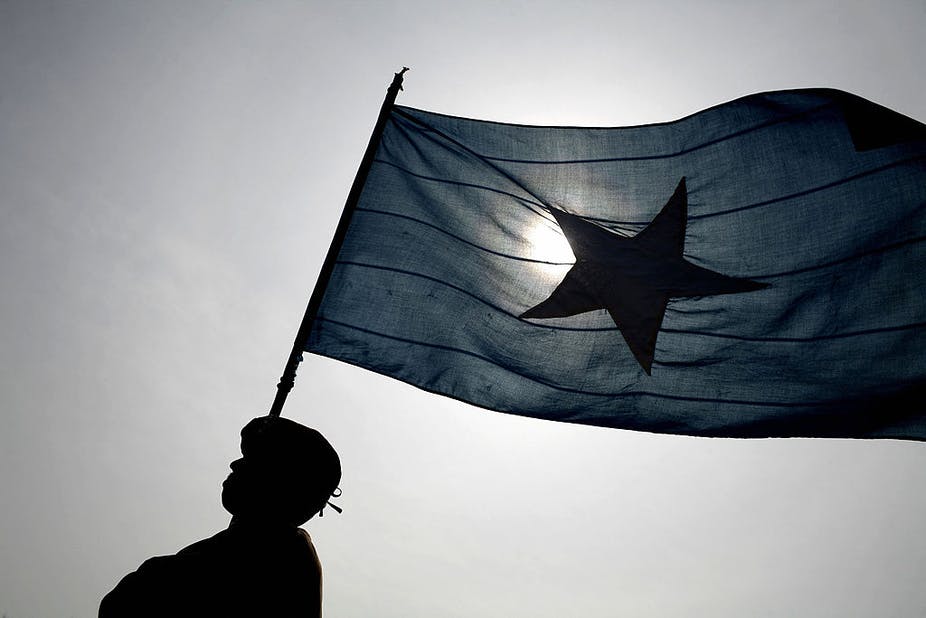 Somali lawmakers vote for the country’s new president on May 15, marking the end of a long-delayed and controversial process.

The Horn of Africa nation of 16 million has been struggling to achieve viable political stability after decades of civil war and violent insurgency that has spilled across its borders. Under the country’s indirect electoral process, clan elders select the 275 members of the lower house, who in turn choose the president. Mohammed Ibrahim Shire sets out the scene ahead of an important election.

Who is who in the May 15 elections?

This reflects a significant increase compared to previous years. In 2012 there were 25 candidates for the top seat and at the 2017 elections there were 24. While the race features a slate of familiar faces, many political newcomers are taking their shot.

Somali voters don’t exercise universal suffrage, so the country’s 329 lawmakers will pick the president. Previous elections were notoriously tainted by fraud, intimidation and vote-buying. Memories of these issues will undoubtedly hang over the upcoming vote.

Somali’s election of the president is often marked by identity politics. Since 2000, the country has used a clan-based power-sharing model where parliamentary seats are shared among the four major clan families (Dir, Darod, Hawiye and Rahanweyn) and numerous minority clans.

This formula is also informally used when allocating ministerial posts and offices of state. The lower house speaker post is mostly contested by Rahanweyn while upper house speaker is nominally reserved for Dir.

Previous leaders occupying the two top seats in today’s Somalia (president and premier) have been drawn from either Darod or Hawiye clans. Most candidates going into the election are primarily from these two clans.

Some candidates, most of them familiar faces, stand out from the large field. They include:

What are some of the salient features of the poll?

Somalia is consistently ranked as one of the world’s most corrupt countries. It’s expected that bribes paid by candidates to lawmakers and voter intimidation will fuel the upcoming election.

However, these tactics don’t always win the presidency, if previous elections are anything to go by. A popular saying in local parlance: ‘Take the money but vote with your heart.’ For this reason, candidates have spent a substantial amount of money on paid advertising and implemented digital media campaigns that include slick videos to sell their election manifestos.

Then there’s the degree of foreign state influence and political lobbying from domestic Islamist organisations, which can be the overriding factor in getting elected.

A common theme among different political campaigns is ‘big change’ and a charting a new way forward. Even the incumbent, President Farmajo, has joined the bandwagon with a well-organised campaign under the slogan “the change continues”.

How significant is the 2022 election?

This election has a special significance and a sense of urgency for many Somalis. Somalia was scheduled to hold indirect parliamentary and presidential elections more than a year ago. However, elections were repeatedly delayed by a bitter power struggle between the president and prime minister.

There were also repeated flare-ups of political tensions between Somalia’s federal government, federal member states, and the opposition. A climate of distrust has kept leaders at loggerheads for months, oscillating between periods of uncertainty and heightened tensions.

Beyond the turbulent political environment, Somalia has been grappling with the worst drought in decades. Millions of people are in need of aid and thousands are on the brink of starvation. This humanitarian crisis has been overshadowed by the crisis in Ukraine.

The United Nations warned in March that it faces “crippling lack of funds to tackle Somalia’s devastating drought”.

Then there’s the country’s budget. For years, Somalia has struggled with salary payments for its security forces and civil servants.

However, since 2019, it has reformed the payroll system by rolling out a biometric payment system that ensures regular salary payments. Nevertheless, the country relies on budget support from international partners.

In February the International Monetary Fund warned that Somalia could lose funds that go towards military wages and other essential services if no new government was in place by May 2022 to endorse planned reforms.

Finally, Al-Shabaab – the militant group fighting to overthrow Somalia’s government – has in recent years witnessed significant military pressure from international and national forces. This has hampered the group’s ability to plan and prepare for major operations.

However, the delayed polls and divisions between political leaders have boosted Al-Shabaab’s capacity to mount complex attacks. A week ago, the militant group overran an African Union base in southern Somalia, killing at least dozens of soldiers.

Concluding the election will present Somalia and its international partners with an important opportunity to refocus on broader priorities. These include the shared goal of rolling back Al-Shabaab’s insurgency.

What next for Somalia after the election?

The Somali government and federal member states will have finally come through a delayed, chaotic and divisive election process to elect a new president. Whoever wins the presidential election will inherit a host of challenges, many of them long standing.

These include a fragile economy with high levels of poverty and inequality, a youth bulge, high unemployment, and significant infrastructure gaps. In addition, the new president will be judged on the score of returning Somalia to full, democratic elections four years from now.

Another pressing challenge is overcoming the trust deficit between Mogadishu and regional capitals.

If Somalia elects a new president with cross-clan support, it will open an opportunity to promote much needed political and security reforms. This is essential for dealing with entrenched insecurity and humanitarian challenges.