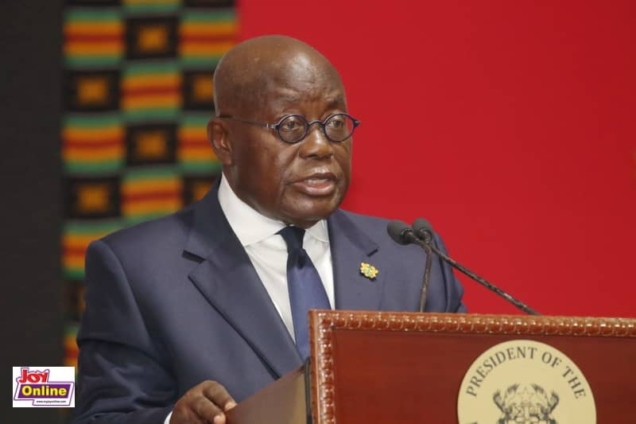 At the time that many countries are rolling out stimulus packages for their citizens and industries to cushion them against the health and economic impacts of the deadly coronavirus (covid-19) pandemic, the Akufo-Addo-led government has rather asked Ghanaians to tighten their belts.

But what is more worrying is that after appealing to them to share the burden created by the pandemic and mismanagement by the government, the Akufo-Addo administration continues to engage in wasteful spending.

The country’s 2021 Budget which has been approved by Parliament confirmed this wasteful expenditure.

For instance, firstly, the compensation (salaries) of staff at the Office of Government Machinery (OGM) has risen to over a whopping GH₵823 million in 2021 from GH₵136 million in 2020.

Secondly, the Goods and Services allocation of the OGM has also increased to over GH₵501 million in 2021 from GH₵ 356 million, depicting an addition of over GH₵144 million.

Fourthly, the government is yet to explain to Ghanaians exactly what it intends to do with the humongous GH₵500 million it has put aside for so-called “Other Critical Spending”.

Fifthly, the GH₵4 million being sought for government communications which opposition politicians called government propaganda and described as a flagship programme on page 241 of the 2021budget is another wasteful expenditure.

These five items listed above amount to GH₵1.52billion which is to the disadvantage of critical sectors of the Ghanaian economy.

For instance the government substantial cuts in the allocations for the Judiciary, National Commission on Civic Education (NCCE) (Goods & Services), Free Senior High School (SHS), MASLOC, NABCO and many others yet refuses to control its appetite for big spending on its creature comforts.

So many Ghanaians including organized labour are therefore reluctant to be convinced by its draconian revenue measures at the time that their disposal income has been eroded by the pandemic.

Since government proffered the need for creative revenue mobilization measures to enable it to roll out its policies for the 2021 fiscal year, it introduced some new taxes and adjusted existing ones upward to generate more revenue to take care of high expenditure in the 2021 budget.

So, it is our view that the increment of the VAT and NHIL (COVID-19 Health Levy) to pay for the health programme is misplaced as it is going to cause financial burden to budget of low income earners or poor people.

Moreover, the COVID-19 health levy has a compounding effect as it is non-deductible as input tax. So the effect on inflation of prices of goods and services may be in excess of 3 per cent (assuming a wholesaler imports, and sells to a retailer who then sells to the final consumer).

The government proposed a Sanitation and Pollution Levy (SPL) of 10 pesewas on the price per litre of petrol/diesel under the Energy Sector Levies Act (ESLA) to embark on sanitation and pollution project.

In addition, there is also 20 pesewas per litre Energy Sector Recovery Levy meant to defray the over $2 billion debt owed to Independent Power Producers (IPPs).

Already Ghanaians are saddled with too much to pay for petroleum products and this addition of SPL is going to intensify the burden. Fuel prices increased from GH₵ 4.7 per liter to GH₵ 5.7 per liter over the past two months.

Obviously, the SPL is a tax incidence with a burden on the welfare of Ghanaians together the inflation of goods and services. For that, we agree with Chamber of Petroleum Consumers (COPEC) that government should dedicate efforts to ensure that Tema Oil Refinery (TOR) functions well so that petroleum products could be processed locally which would effectively reduce the cost of fuel in the country. 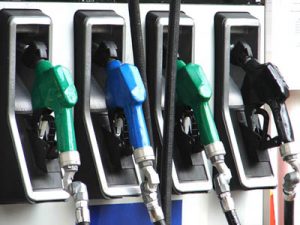 Moreover, government should review the Price Stabilization and Recovery Levy (PSRL) under ESLA meant to cushion consumers from any further increases of fuel prices since it has not be upheld by government.

According to government, the financial sector clean-up and the refund of monies to depositors have resulted in a huge cost of over GH¢21.0 billion to government.

It therefore introduced a financial sector clean-up levy of 5 per cent on profit-before-tax of banks to help defray outstanding commitments in the sector.

In addition to that, banks are already liable to pay corporate tax and 5 per cent National Fiscal Stabilization Levy (NFSL) on the profit-before-tax.

Despite the fact that government would be able mobilize additional revenue for use for introducing this new tax, the downside is that cost of borrowing will go up which will have a lot of pass through effects on the final consumer.

Furthermore, some banks could actually cut down on staff in order to be efficient yielding to the loss of jobs crisis caused by the financial sector clean-up.

This intricacy would affect investment, especially Foreign Direct Investment (FDI), if the ordination of the FDI has not tax exemption incentives from government.

The Government introduced a new tax on online betting which it said it is because it is estimated that Ghana loses over GH¢300 million annually in revenue due to leakages in the sector.

This tax is laudable and worthy of its introduction. We state that the argument that online betting should be banned should not be encouraged.

This is because, the tax on online betting is a ‘sin tax’ or regressive tax imposed to discourage people from somewhat engaging in the activity.

Much more, government cannot ban online betting in this day and age unless it does cyber monitoring of the online betting companies and block their Uniform Resource Locator (URL).

Even with that, there are Virtual Private Networks (VPNs). On top of that, online betting companies rely heavily on cashless system of transaction.

So, if the Mobile Network Operators (MNOs) deny integration of these online companies, they will be surely banned. But that would look like killing a fly with a sledge hammer. It is both unnecessary and insurmountable.

In his analysis Dr Nii Moi Thompson, renowned Ghanaian economist noted: “Between 2017 and 2019, the financial sector contracted at an average of 6.6% per quarter, a sharp contrast to the average quarterly expansion of 12.5% in the 12 quarters between 2014 and 2016”.

The Bank of Ghana had dismissed all advice to moderate the impact of the reforms and allow medium-size banks to operate in niche markets with lower minimum capital requirements, according to him.

“Today, Ghanaians are being called upon to bear the cost of these misguided policies whilst those who imposed them go about with impunity.

And then there is the sticky business of rapid debt accumulation with little or nothing to show in the form of infrastructure development. Between 2018 and 2019 alone, the government raised $5 billion in eurobonds, compared to a combined US$4.5 billion in eurobonds by previous governments between 2007 and 2016.

Of the total U$17.5 billion in eurobonds that Ghana would have raised between 2007 and 2021, US$13 billion (74.0%) would be under the current government.  Yet infrastructure spending has consistently fallen short of budget as recurrent expenditures eat deep into the fiscus”, Dr Thompson said.

Furthermore, the country is currently estimated to be in default following a rise in principal arrears owed to external official creditors in 2018.

Arrears will remain substantial, raising the perceived risk of a prolonged default among investors.

What needs to be done

Based on the above observations, the government should take cogent steps to ensure a reduction in the country’s debt, improve revenue generation and reduce the tax burden on ordinary Ghanaians and businesses in the short to medium term.

On the revenue side, the government should consider reintroducing the luxury vehicle tax as way of widening the tax base. A related area for consideration is the emerging gaming sector.

Efforts at collecting property tax should be intensified by leveraging on the national digital property addressing system, according to UPSA.

Small and medium size online businesses are soaring, which are important sources of revenue for government. Government must therefore find creative ways of taxing these businesses to improve its revenue generation.

Tax compliance remains a major problem in the country, especially for the informal sector, it added.

One way to reduce tax evasion is to improve our tax compliance measures. This can be achieved by enhancing our digitization drive as a way of tracking revenues and tax collections in both formal and informal sectors. Education on tax compliance is also important.