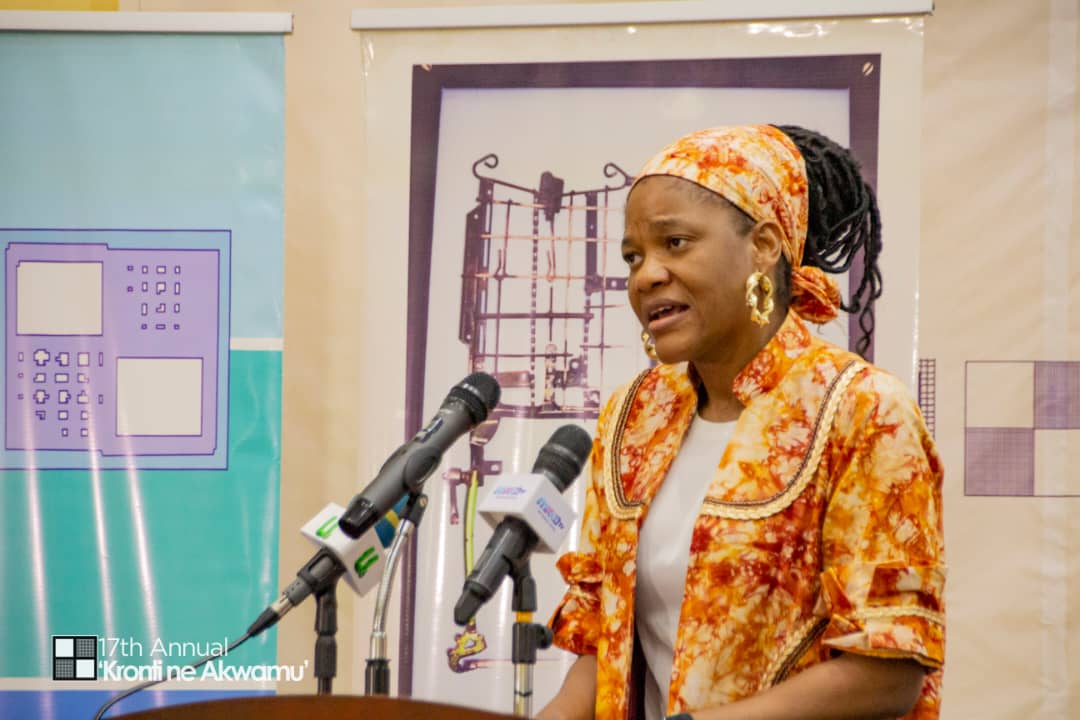 Accra, Ghana//-The Director of the Centre for Democracy and Development (CDD)-West Africa, Idayat Hassan, has expressed worry about the shrinking of the civic space in the Economic Community of West African States (ECOWAS) sub-region.

According to her, the shrinking of the civic space is becoming alarming due to the failure of democracy to deliver prosperity to the citizens of the15-member countries of ECOWAS.

Madam Hassan said this when she delivered the 17th edition of the “Kronti ne Akwamu” lecture in Accra on Tuesday, November 22, 2022.

The lecture, which was on the topic: ‘The Evolution of the Civic Space in Modern African Democracy’, was organised by the Ghana Center for Democratic Development (CDD-Ghana), a leading research and advocacy think-tank in Ghana and beyond.

The Civic space which is created by a set of universally accepted rules, which allow people to organise, participate and communicate with each other freely and without hindrance, and in doing so, influence the political and social structures around them, she noted has been going through some difficulties in recent times.

These difficulties, Madam Hassan who is based in Abuja, Nigeria observed have contributed to the unfortunate decline of democracy in the sub-region.

“Coups are growing in the sub-region because of the failure of democracy to deliver services to the people”, she added.

There are external and internal factors affecting the civic space and there are Freedom of Information laws in almost all 15 West African countries, which is positive for civic society and anti-corruption efforts, Madam observed.

“In almost all 15 West African countries, we have Freedom of Information laws and that is positive for civic society and anti-corruption efforts.

“There are external and internal factors affecting the civic space. Some of the external factors include unconstitutional change of mandates, rise of non-state actors and Internet shutdown.”

“12 countries in the sub-region have shut down Internet services, meaning that the voices of the people have been shut down”.

Madam Hassan who spoke eloquently on the topic regretted that many countries in the ECOWAS bloc are moving towards the unbridled “digital authoritarianism” which is practiced in China.

These countries, she said, are buying electronic machines from China to enable them to spy on critical voices of the governments in power.

In her words: “Many countries are moving towards the Chinese model of digital authoritarianism. WhatsApp, which used to be safe, is now being tapped.”

While expressing the fears over the dangers of social media, she noted that social media channels are being used to spread fake news and its related cousins (misinformation and disinformation).

Another issue the Nigerian lawyer raised in her more than two-hours lecture is the growing number of contested elections and insecurity in the Sahel region.

To the civil actors, Madam Hassan stated that governing and opposition parties co-opting civil society organisations to promote their activities in the sub-region.

“When it comes to funding, civil society is careful where we get our funds from. We must scrutinise and account for every money received.”

During questions and answers time, Ghana’s Minister of National Security, Albert Kan-Dapaah, urged members of the civil society organisations not to leave the governance of the various countries to the politicians alone.

“We should work together for the benefits of our people”.

The Chairman of the 17th Annual Lecture, Professor Kwame Karikari noted that political communicators/ serial callers run down on any discerning voices which does not august well for exchange of ideas in the sub-region.

In his welcome address, the Executive Director of CDD-Ghana, Prof H. Kwasi Prempeh mentioned names of the past speakers of the lectures.

The ‘Kronti ne Akwamu’ Lecture which is CDD-Ghana’s flagship annual public lecture on democracy and governance seeks to bridge the gap between ideas, research, and analysis on one hand, and pro-democracy and good governance advocacy on the other.

It is therefore aimed at enriching the quality of public discourse on democratic and governance reforms as well as offering alternative views for national development.