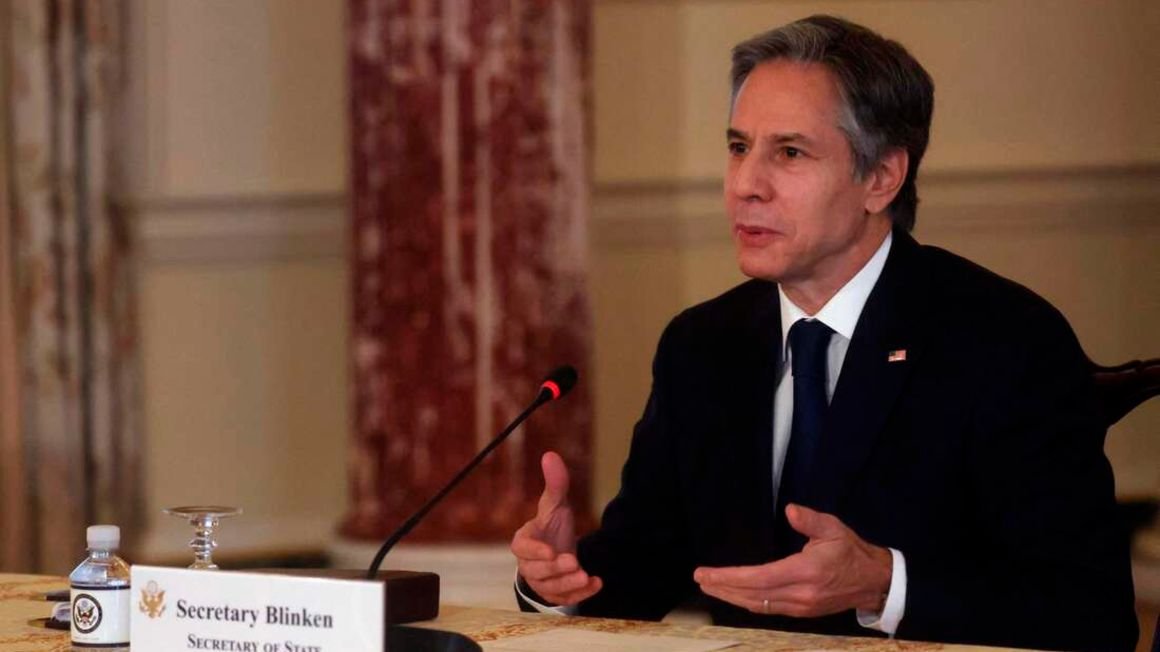 US Secretary of State Antony Blinken on Tuesday used a virtual session with African youth to call for more opportunities for the young on the continent, and issued an indirect jab at China’s opaque operations.

In a virtual meeting with the alumni of Young African Leaders Initiative (YALI), Mr Blinken said Africa’s youthful population will remain its biggest resource, as long as governments run programmes that are inclusive and provide opportunities.

“We know that to really feel engaged and to really be inspired, people need to feel that they’re being heard – because speaking into a void can be an incredibly frustrating exercise.

“So I think young voices are critical to any political discourse, for example, on electoral and constitutional reforms.  And that’s certainly true in the run-up to elections in 2022 in Kenya,” he told a group of YALI alumni scattered across the continent in countries including Kenya, Nigeria, South Africa and Cape Verde.

Blinken called for open democratic governance, and inclusivity in order to contribute to the growth of African economies.

“No one has monopoly of ideas. We need to listen to new ideas… and I just hope that the African youth can have open ears and open minds.”

Blinken chose to speak with YALI alumni as he kicked off his ‘virtual trip’ to Africa where he was expected to speak with Presidents Uhuru Kenyatta of Kenya and Muhammadu Buhari of Nigeria at separate sessions.

YALI, an Obama-era programme is Washington’s programme to work with the youth, seen as Africa’s next generation of leaders.

It currently has about 700,000 members but had taken a lull during Donald Trump’s Presidency.

It marks ten years this year and Blinken’s meeting tackled issues that Trump had either avoided or was lukewarm about.

It was a remarkable difference in the two administrations: Trump never visited Africa, a continent he and also described as ‘shithole’.

His first Foreign Secretary Rex Tillerson was fired while on a physical trip to Kenya in 2018.

Yet Blinken still ventured into a critique of China’s programmes in Africa, just as his predecessor Pompeo did often.

In responding to a question from a member from Nigeria on whether Washington will compete with Beijing on the continent, Blinken said Africa should deal with a wide range of partners, as long the benefits reach the people.

“First, countries in Africa will and should engage with a broad array of partners, whether it’s China or France, Turkey or Brazil, the United States or many others.”

“And my hope is that African countries and African communities approach those relationships with eyes wide open.”

Washington’s approach will remain pursuit of good governance, which he argued could ultimately help the continent deal with its frequent insecurity challenges, human rights and business that benefits both sides.

The US has accused China of burdening Africa with debt, something the Chinese have refuted on numerous occasions.

The Chinese, now the biggest infrastructure builders on the continent have recently ran into controversy over debt situations in a number of countries such as Kenya, Djibouti, Ethiopia, Zambia and Angola.

With the contracts often hidden from the public, the US has argued it may mean severe penalties for defaulting countries, including attachment of crucial assets.

“We’re not asking anyone to choose between the United States or China, but I would encourage you to ask those tough questions, to dig beneath the surface, to demand transparency, and to make informed choices about what is best for you and your countries.

Blinken is expected to meet with Nigerian and Kenyan leaders at a virtual meeting, occasioned by Covid-19 restrictions.

Former US Ambassador to Kenya Bob Godec, now Acting Assistant Secretary of State for Africa said Blinken will be re-engaging with “African Partners” in a video posted before the meetings, saying Blinken will meet with partners on issues of security, economic development and trade.

Godec nonetheless touched on rights issues saying Washington had concerns about plans by Kenya to shut down its refugee camps in Garissa and Turkana counties.

US says Kenya should shut down the camps based on an arrangement acceptable to the UN.